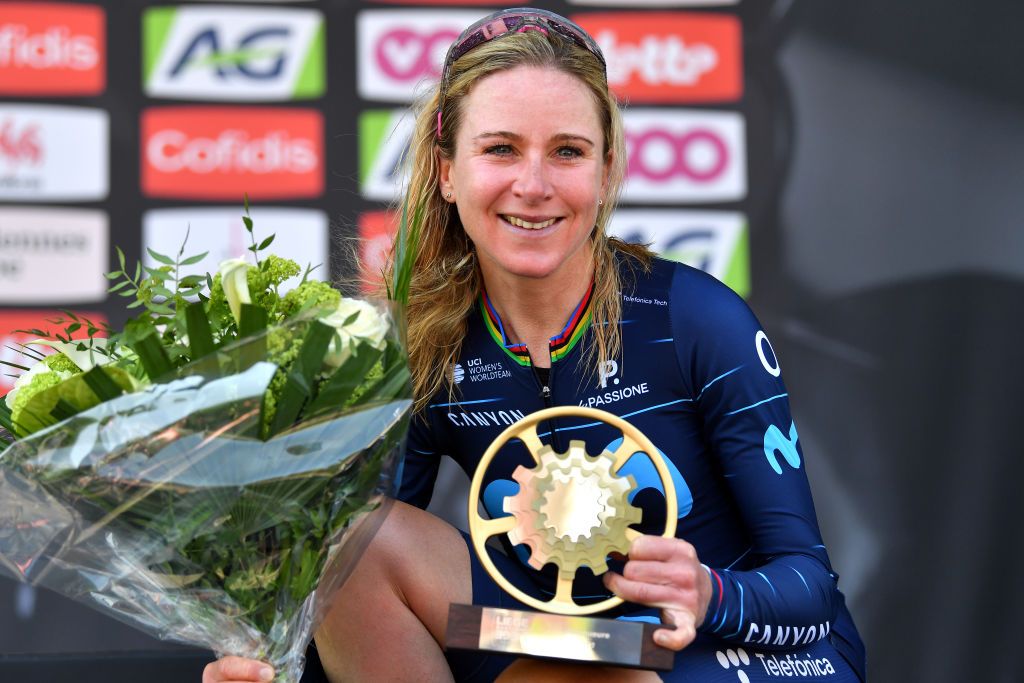 Annemiek van Vleuten has revealed on Wednesday that she will end her lengthy and win-studded career at the end of 2023 with her current team, Movistar.

The current world number 1, who turned pro in 2008, confirmed the news after announcing she would prolong her contract with the Spanish squad for a final year.

After winning Liège-Bastogne-Liège for the second time in April and saying she had had her “best spring campaign ever”, Van Vleuten, 39, is shortly due to take part in the Giro d’Italia Donne, which she has also won twice. She will then head to the inaugural edition of the Tour de France Femmes at the end of July.

“I didn’t imagine I would retire this year because I am still very motivated,” Van Vleuten said in a press release.

“Although there is always going to have to be a point when I leave racing, and in my mind it’s best to stop when I’m still at the top, fighting for the wins in the biggest races.

“I want to quit while I’m at the top, and it’s best to do it when I’m with this wonderful team.”

After winning the Olympic time trial title in Japan, Van Vleuten said that she was sure people would wonder why she would quit prior to the Olympic Games in Paris in 2024.

However, she said her career had never been based around achieving specific objectives and was more directed towards finding long-term projects that were motivating for her.

“The main reason for retiring in 2023, as I’ve explained, is to do it while I’m in my optimum physical condition, complete the process of improvement which we began with this team [Movistar] when I signed for them in 2021, and then look forward to whatever challenges I then may face in my personal life.

“Some people will surely wonder why I’m retiring before the Paris Olympics. For me, this, my career, has always been about finding motivating, long-term projects, like the Movistar Team and every organisation I’ve been part of, that I can invest my energy in. It’s not strictly about specific goals or races.

“It doesn’t look like the Alpe d’Huez is going to feature on the 2024 course, either,” she added jokingly. “But as you can understand, that’s not the most important reason.”

🐐✍️☑️ – 2️⃣0️⃣2️⃣3️⃣🔚@AvVleuten will bring an end to her extraordinary career with the Movistar Team as she extends her contract with the Blues for an additional season > https://t.co/gWbWiNfFVGBig goals ahead – let’s #MiekItHappen 👊💙 pic.twitter.com/bH5E2K6KM0June 29, 2022

Marketing to Doctors and Physicians