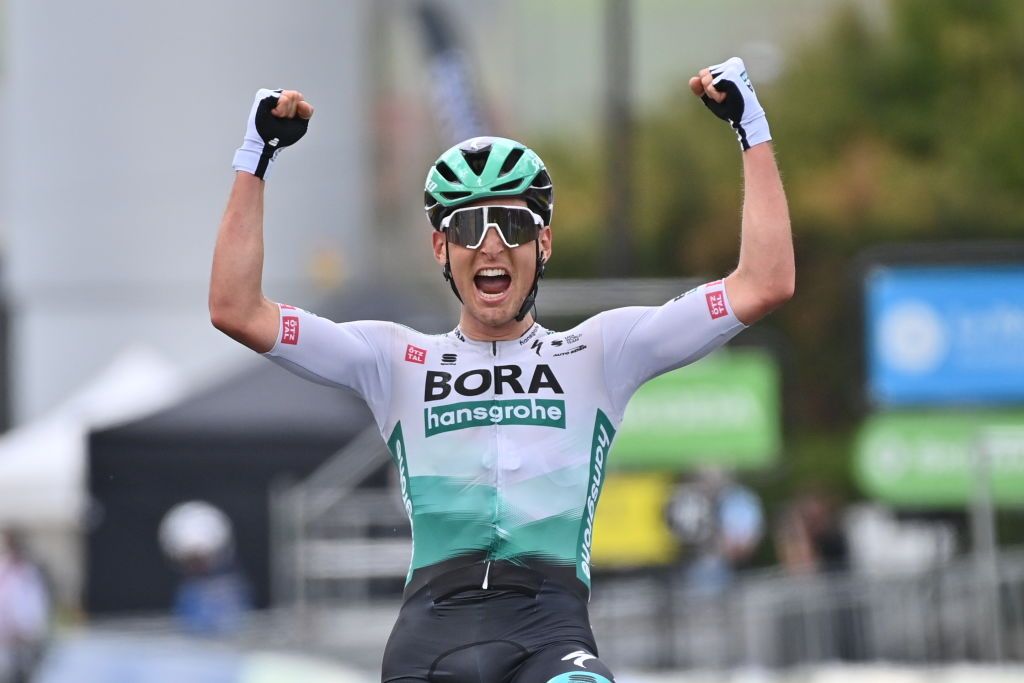 BikeExchange-Jayco announced the signing of Lukas Pöstlberger, the 30-year-old all-rounder from Bora-Hansgrohe.

The Austrian joins Zdenek Stybar in moving across to the team where he is also expected to bolster their Classics roster, sprint trains and Grand Tour teams, according to the team press release.

Pöstlberger’s palmares include a victory on the opening stage of the 2017 Giro d’Italia where he attacked in the final two kilometres and soloed to the first maglia rosa, denying sprinter Caleb Ewan the honour.

His only other major result is a stage win in the Criterium du Dauphiné, taken from the day-long breakaway on stage 2 last year. Pöstlberger held onto the yellow jersey until stage 6.

Those diverse talents are what led BikeExchange-Jayco manager Brent Copeland to bring on the 30-year-old. “It is always important to have real all-round riders in the team that can contribute to a range of races and with Pöstlberger, we have seen on many occasions he is a valuable rider to have that can transfer his strength across races,” Copeland said.

“We are really strengthening the foundations of our team for 2023 and beyond, as we look to target the general classification in stage races but also develop our Classics group and sprint train, so to bring Pöstlberger in to the team, with his experience and skill set, it was a really important signing for us as we continue to grow.

“He has a lot to give, and I am sure he will bring with him a lot of experience to share with the other riders. He is a rider that knows how to win, and it will be good to see him race next year in Team BikeExchange-Jayco colours and see what we can achieve together.”

Pöstlberger and Stybar are but two of the riders who were widely rumoured to be moving teams in 2023. Mark Cavendish and Fernando Gaviria are the most prominent riders to not announce their new teams yet in a busy transfer season that has seen major moves. Richard Carapaz will leave Ineos Grenadiers for EF Education-EasyPost, and Adam Yates leaves Ineos for UAE Team Emirates.

For all the latest on the men’s and women’s transfers for 2023, visit the Cyclingnews transfer hub.

The Wall Street Journal Brings Current Events to Your Classroom