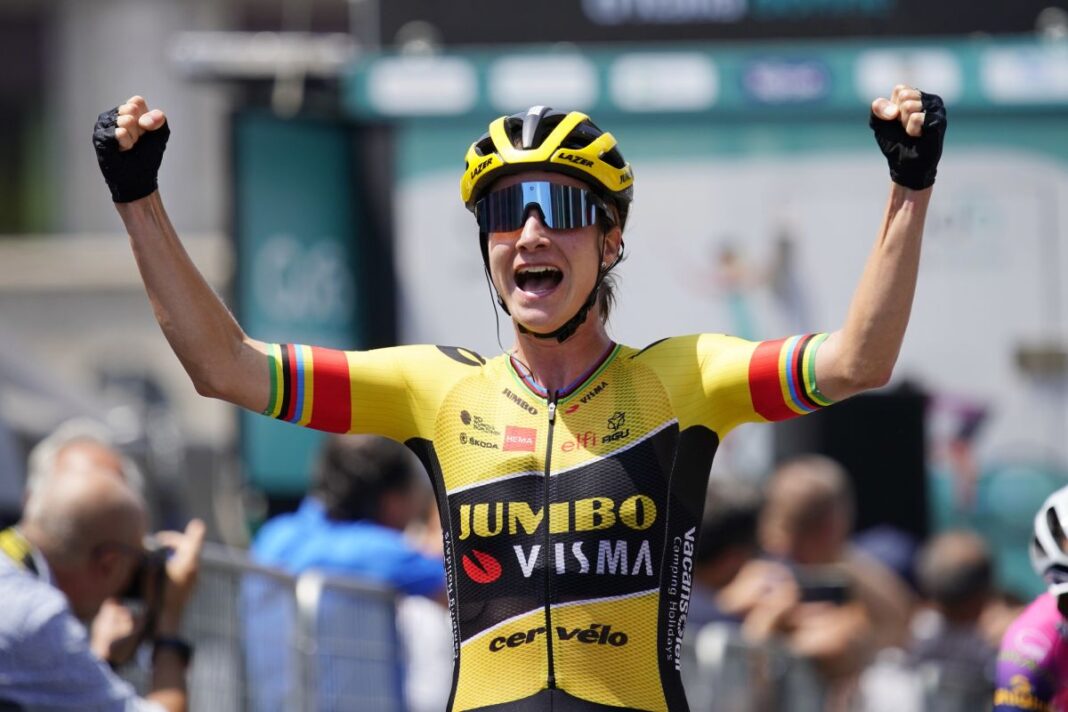 Marianne Vos (Jumbo-Visma) won the Vårgårda WestSweden Road Race for a record fourth time after other victories in 2009, 2013, and 2018.

She followed an attack by Audrey Cordon-Ragot (Trek-Segafredo) who attacked on the penultimate lap with 13 km to go. Pfeiffer Georgi (Team DSM) and Valerie Demey (Liv Racing Xstra) also formed part of the group, but only Cordon-Ragot and Vos took turns pulling the group.

The quartet had a 15-second advantage with one 11-kilometre lap to go. They increased this further on the first half of the final lap, leading the peloton to stop chasing in earnest 1.5km from the finish.

Georgi attacked at the flamme rouge but was quickly closed down by Vos who then stayed on the Briton’s wheel.

As Demey wasn’t able to follow the acceleration, Georgi led Vos and Cordon-Ragot into the finishing straight.

The French champion launched her sprint first but Vos had no trouble coming past her and winning in Vårgårda for the fourth time.

Lorena Wiebes (Team DSM) won the sprint of the peloton 10 seconds behind.