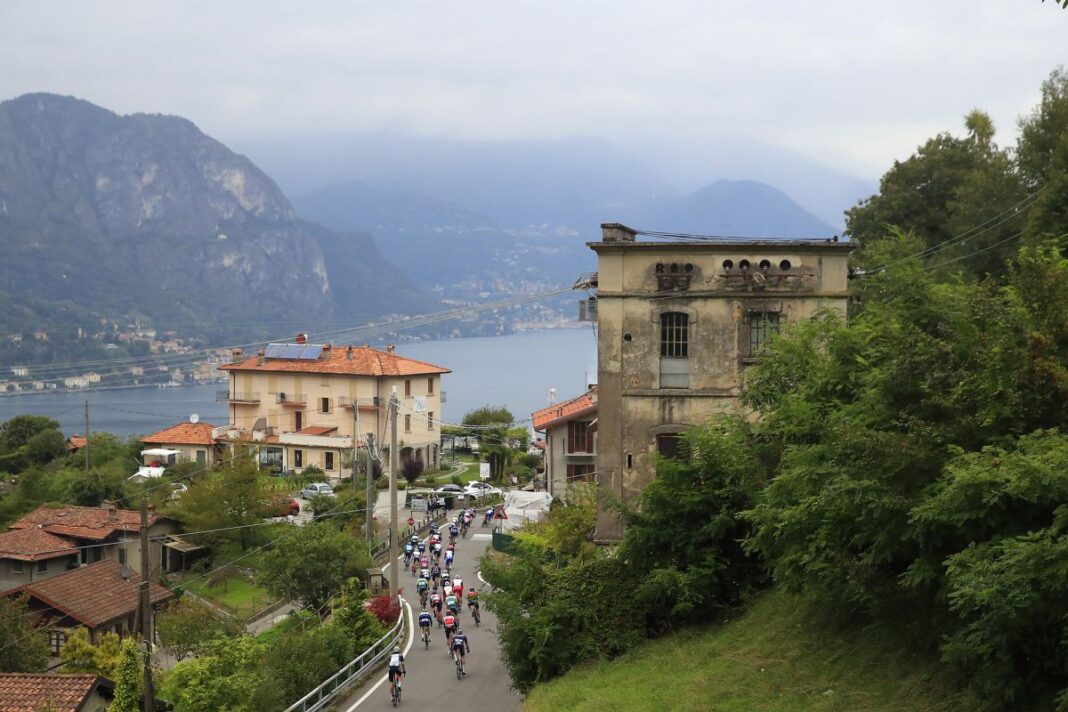 This year marks the 116th edition of Il Lombardia, which will take place from Bergamo to Como on October 8 to put an exclamation mark on the WorldTour calendar as the fifth and final Monument of the cycling season.

Last year’s Il Lombardia featured its classic climb of Madonna del Ghisallo as the first ascent from the start on Lake Como just 38km into the long day, then the final hilly 100km to Bergamo.

In 2022, the route includes 14 more kilometres for a total of 253km and more than 4,800 metres of climbing. All in the opposite direction to 2021, with the start in Bergamo and the finish in Como.

The biggest climbs of this year’s route come in the first half of the arduous ride, opening with the Forcella di Bianzano once the first 20km are completed. It is followed straightaway by the Passo di Ganda, 9.2km at an average of 7.3%.

After cresting the short climb to Dossena, the peloton plummets down a steep descent of 10km to take on back-to-back climbs of Forcella di Bura, a long 18.2km stretch to the top, and then Colle di Berbenno, only 4.5km long but stiffer than its predecessor at 6.2%.

From that point, the route has downhill rollers for another 55km or so to the village of Bellagio, situated on a point with serene views across Lake Como. But there is nothing serene about the uphill charge of the Madonna del Ghisallo, famous for a small chapel at the top which is both church and museum named for the patron saint of cycling. The climb is a twisting 8.6km with pitches of 9 to 14%.

In recent years, the route would turn right before Asso to Sormano, but this year the peloton is steered through Asso to a finishing circuit with 30km to go that includes lots more climbing, including a pair of ascents across the 2.7km San Fermo della Battaglia, at 7.2%.

Before the second time up, the peloton takes on the Civiglio, which averages 9.8% across the 4.2km, and one section at 14%. From the crest over the final pass of Battaglia, only 6.8km remain for the fast finish in Como.

Is This a Miracle Molecule?