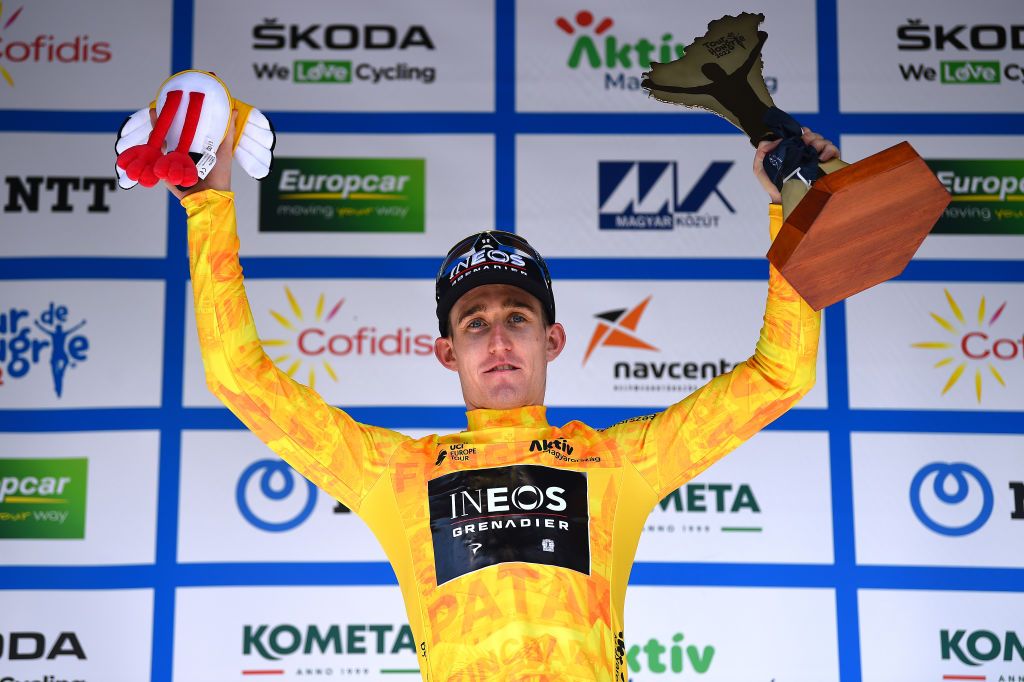 Team BikeExchange-Jayco have announced the signing of Eddie Dunbar from Ineos Grenadiers for 2023, the multi-talented Irish rider agreeing a three-year contract with the Australian team.

25-year-old Dunbar secured overall victory at the Settimana Internazionale Coppi e Bartali in March and the Tour de Hongrie in May after he was not selected for the Giro d’Italia. He is considered a talented climber will form part of BikeExchange-Jayco’s stage race unit.

Dunnar rode the Giro with Ineos in 2019 but that remains his sole Grand Tour appearance, which was the main factor in him seeking opportunities elsewhere for 2023.

“I am very excited about spending the next three years with Team BikeExchange-Jayco. I am really looking forward to getting some more opportunities to compete in some bigger races and to continue to develop as a rider,” Dunbar said.

“I have high hopes to add to an already great and successful team, as shown with their performances this year, with stage wins in both the Giro d’Italia and the Tour de France. I can’t wait to see what’s in store for me.”

BikeExchange-Jayco are locked in a battle to avoid relegation from the WorldTour for 2023 but have recently begun to score points consistently thanks to Yates, Matthews and Dylan Groenewegen, with team manager Brent Copeland optimistic about the future.

Other new signings are likely to include new Italian national champion Filippo Zana from Bardiani-CSF-Faizanè, while young Australians Blake Quick and Rudy Porter will both turn professional with the team in 2023.

Quick won the U23 Australian Road Race Championships in January and a stage win at the Santos Festival of Cycling and is considered a future sprinting talent. Porter is a climber and stage race rider. He finished fourth overall in the Alpes Isère Tour and second overall in the Course de la Paix Grand Prix Jeseníky Nations Cup race.

Dunbar will team-up with Simon Yates at Bike-Exchange-Jayco but will also get his own leaderships opportunities in some week-long stage races.

“It is really exciting for us to be bringing on such a talented, young but experienced rider on to the team and this year, Eddie has had a really strong season,” Copeland said of Dunbar’s arrival at BikeExchange-Jayco for 2023.

“We have watched him step up a level and we believe he will fit into our team very well and play a huge role in strengthening our squad in stage races. Eddie looks like a real racer, and this is something special that we wanted to bring to the team. He really gets stuck into racing and we are looking forward to seeing what results he can achieve with us over the next three seasons as we assist with his development.”