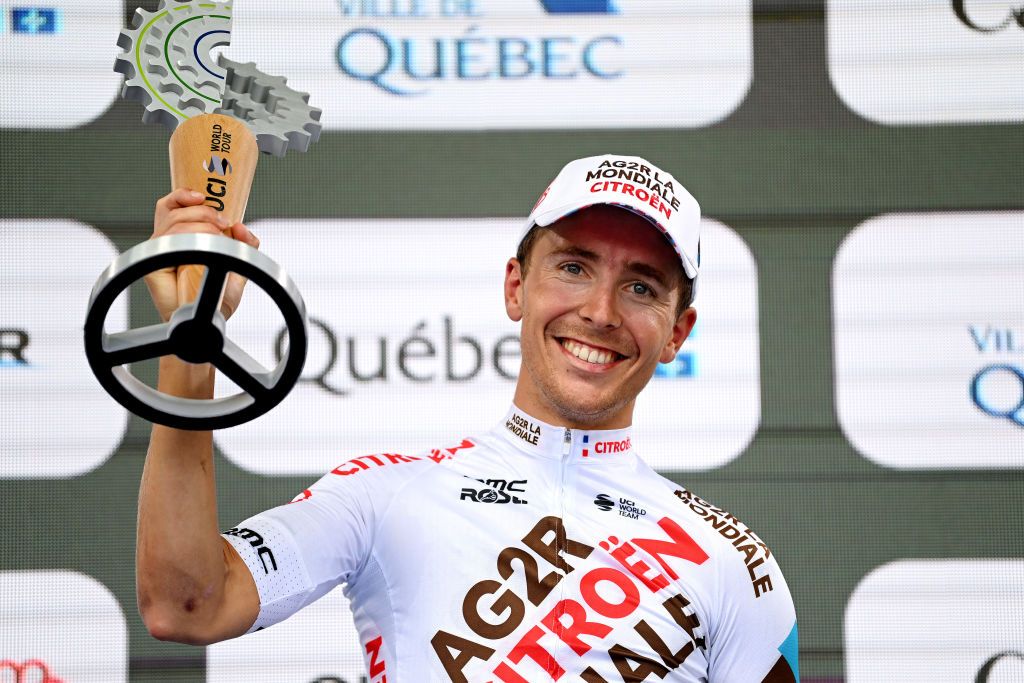 Grand Prix Cycliste de Québec winner Benoit Cosnefroy could still be part of France’s line-up for the World Championships, despite his affirmation after his recent victory in Canada that he was not going to be present in Australia.

The former Under-23 World Champion had been part of a long list of riders who had opted out of the UCI Road World Championships for various reasons. However according to L’Équipe and other sources, Cosnefroy was spotted getting on a flight to Australia at the weekend. He was apparently due to arrive in Sydney on Monday evening local time, several hours ahead of his teammates.

It seems possible that the GP de Québec winner will replace time trialists Bruno Armirail or Remi Cavagna in the line-up for Sunday’s elite men’s road-race, possibly even sharing leadership with Julian Alaphilippe.

Cosnefroy won the Under 23 World Championships in Bergen in 2017. He was also an instrumental part of teammate Julian Alaphilippe’s successful quest for the rainbow jersey in Belgium. He formed part of an early attack than ultimately helped inveigle local favourite Remco Evenepoel into making his move too soon, helping set-up Alaphilippe’s late charge for victory.

Cosnefroy won the Bretagne Classic last year, was second in the 2021 La Flèche Wallonne and this year’s Amstel Gold Race. He is a Classics puncheur but had decided to miss this year’s World Championships after a below-par summer of racing.

After his the GP de Québec triumph ten days ago, Cosnefroy insisted categorically that he would not be going to Australia.

“I’ve already decided that I won’t go to Worlds, that’s the way we planned it with French national coach Thomas Voeckler,” he revealed. “I haven’t won any races until today and so I haven’t proved myself. I also want to win with AG2R in the final races of the season and going to Australia means a long trip and a lot of jet lag.”

With Alaphilippe’s form uncertain and Cosnefroy’ form impressive, it seems French National coach Thomas Voeckler has convinced him to make a late and mysterious trip down under.

Cyclingnews reached out to AG2R-Citroen for a comment late on Monday, but was told only the French Cycling Federation fielded questions concerning the World Championships participation. Voeckler was also asked earlier about the same story by news agency AFP and he referred the media to Wednesday’s press conference in Australia where he will reveal the definitive line-up for Sunday’s race.