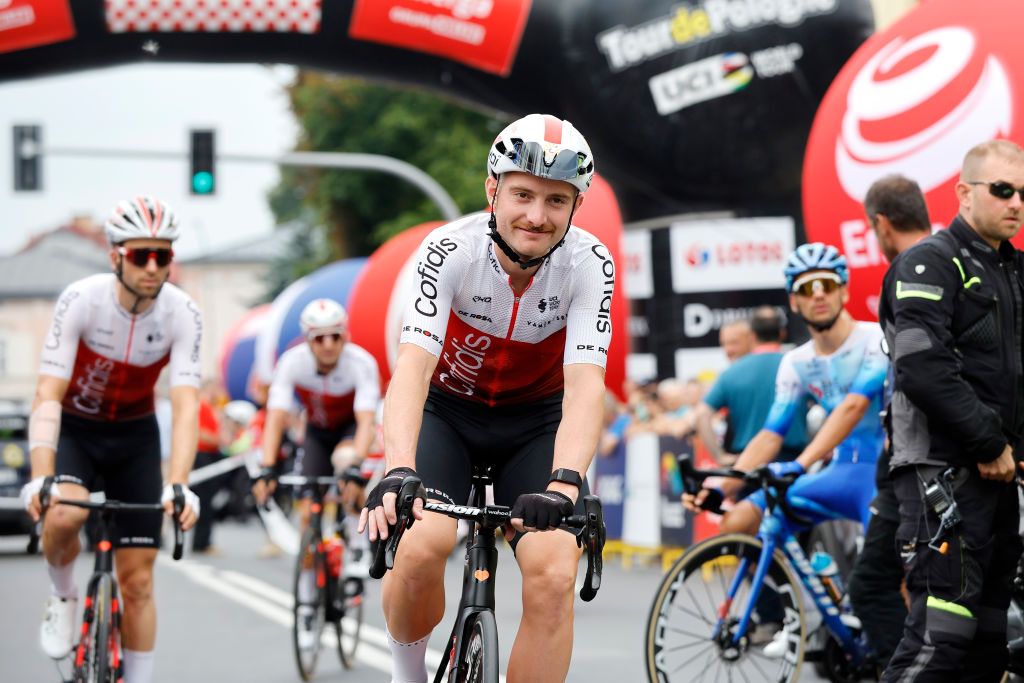 Simone Consonni (Cofidis) secured his first victory of the 2022 season at Classique Paris-Chauny on Sunday, holding off a charge by Dylan Groenewegen (Team BikeExchange-Jayco), who finished second.

From a group of five riders behind, Jason Tesson (St Michel-Auber 93) took third ahead of Hugo Hofstetter (Arkéa-Samsic) in a bike throw, while Arnaud De Lie (Lotto Soudal) was fifth and Marc Sarreau (AG2R Citroën) sixth.

The 28-year-old Italian earned a large take of UCI points for Cofidis. It was his sixth one-day race of the month, his best finishes coming with seventh at Primus Classic and two events in the past week outside the top 10.

It was the 100th anniversary of the French one-day race, this year 203.5km across the punchy hills of Hauts-de-France. A total of 12 climbs provided KOM points, with seven packed in a section of 40km between kilometres 65 and 117.

Debacle and Carisey faded from the breakaway on a section of double ascents spaced by just six kilometres – Côte de Beaugies-sous-Bois and Côte de Guivry – with just under 50km to race. The two climbs would be climbed a second time on a finishing circuit. While the pair rolled back toward the peloton, the chase began in earnest as the gap of the lead duo dropped under one minute.

The third and final intermediate sprint came in Chauny, on the first finishing circuit, with the lead duo scooping up the top points. AG2R Citroën led the chase as the first lap of 33.5km progressed, looking to close a gap of 40 seconds.

With 23km to go, the catch was evident but Herregodts refused to let up and he tried to charge up the penultimate KOM of the day, a second pass of the Côte de Beaugies-sous-Bois. His time at the front was then quickly absorbed by the peloton before the heavily-wooded KOM across the Guivry.

High speeds strung out the peloton as Arkéa-Samic were the first to assemble five riders at the front for the rolling finish.

Once back in Chauny with 2km to go, Cofidis controlled the lead position among the sprint teams to give Consonni a wide open road to victory.

Top 20 Famous People Who Were Blacklisted by Hollywood

How To Live Stream the Right Way in 2022 – Whiteboard Wednesday

How To Prevent and Treat Scalp Sunburn, From a Derm