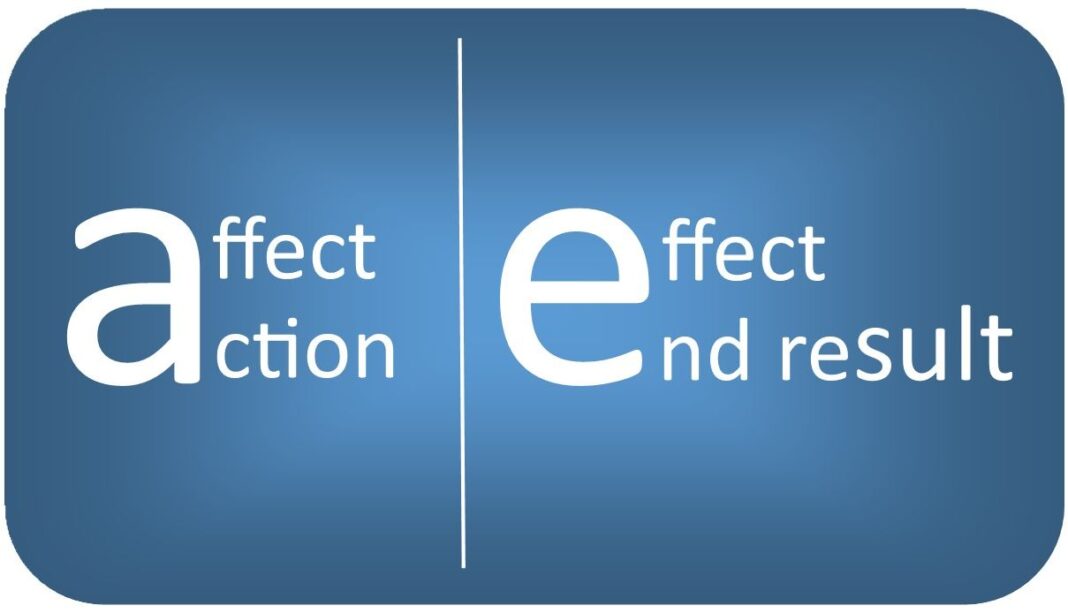 Affect or effect. These two similar-sounding words trip up English speakers all the time. In fact, the definition of “affect” is “to have an effect on something.” How confusing! Fortunately, there are some simple tricks for getting this one right pretty much every time.

Affect or Effect: In a Nutshell

When it comes right down to it, you can almost always make the right choice by remembering that “affect” is usually an action word, or verb. If the word you need is performing the action in the sentence, choose “affect.”

On the other hand, “effect” is most commonly used as a noun. Look for “a,” “an,” or “the” before the word—that indicates a noun.

Here’s another mnemonic people use to remember “affect” vs. “effect.” Think of the word RAVEN: Remember Affect = Verb, Effect = Noun.

Just when you think you’ve got everything figured out, along come the usual exceptions to the rule. Yes, that’s right: Sometimes “affect” is a noun and “effect” is a verb. Happily, these uses are not common, but truly skilled writers and speakers will need to know how to use them correctly.

When “effect” is a verb

You can use “effect” as a verb meaning “to accomplish” or “to bring about.” It’s often used with the word “change,” though it doesn’t have to be.

Check to see if the usage makes sense by substituting “accomplish” or “bring about.”

When “affect” is a noun

This usage is mainly found in psychology, and it means “observable emotional response.” You’ll rarely see this one in regular use, but it does pop up from time to time. In this case, it’s also pronounced differently, with the accent on the first syllable: AFF-ect.

To see if the word “affect” makes sense as a noun in a sentence, try substituting the word “response.”

TIP: If you’re unsure about using either of these terms correctly, then just don’t bother. There are plenty of other ways to get your meaning across without using these words!

How To Teach “Affect or Effect”

Help your students master this tricky grammar mystery with these activities and exercises.

This video includes the RAVEN tip and uses relatable examples to help students make sense of it all.

We like that this video covers the exceptions to the rule too. Plus, funny monsters!

Worksheets might not be exciting, but they’re a great way to practice.

Buy this set of BOOM cards on Teachers Pay Teachers. You can assign it for homework or use it as a group in class for practice.

What are your favorite tips for teaching “affect vs. effect”? Come share on the WeAreTeachers HELPLINE group on Facebook.

Plus, check out 15 Hands-On Grammar Games That Make Learning Fun!

Your Full Guide to Minimalism In 2 Steps