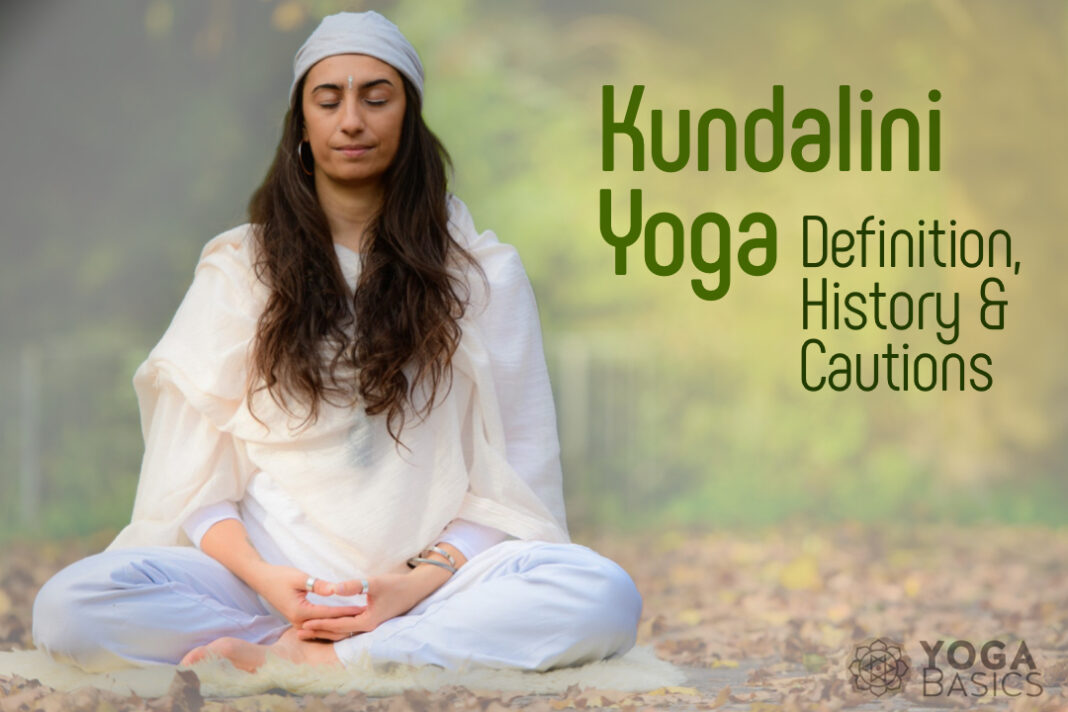 Kundalini yoga was coined, created and popularized in 1968 by Yogi Bhajan. He described the intent of his teaching to be a “healthy, happy, holy” (3HO) way of life. He taught his American students how to awaken their inner spiritual energy through mantra chanting, breath work, and yoga poses. This practice and lifestyle quickly caught on with many Westerners who were searching for a new approach to spirituality, health, and wellness. While Kundalini yoga flourished during the lifetime of Yogi Bhajan, new accounts have surfaced after his death that reveal a dark and disturbing past.

The Sanskrit term kundalini means “coiled serpent” and refers to the divine energy that lies dormant inside the human body. This vibrant energy is contained below the root chakra, located between the anus and genitals. It usually remains dormant and still, but there are specific Tantra Yoga and Hatha Yoga techniques that can be used to activate this energy. Once activated, it then rises from and travels upward. It moves through the susumna, the central energy channel in the center of the spine, through the seven chakras, until it reaches the crown chakra, where it becomes united with the divine consciousness.

Activating kundalini creates an ultimate state of bliss. Yet without adequate preparation, releasing this coiled-up serpent energy can lead to disaster. The release of such a powerful source of pranic energy into the body’s delicate systems can cause pain and, in rare cases, lead to mental instability. Before kundalini is activated and released upwards, the body and mind must be prepared through hatha yoga exercises, completed in a specific order.

During an activation, one can experience adverse effects as kundalini moves through the body and the nervous system adjusts to this dramatic increase of psychic energy. Therefore, it is not advised to activate kundalini without the guidance of a qualified teacher and support of a spiritual community.

What is kundalini yoga?

In the Hatha Yoga tradition, Kundalini is slowly awakened by the practice of asanas (postures), pranayama (breathing techniques), meditation, and bandhas (energy locks). These practices prepare us to safely experience the power of kundalini. They also help us to understand the subtle nature of the chakras (energy centers) within the body. They should be practiced slowly and gradually over time to build up a yogi’s inner strength and awareness to manage and contain these high levels of life force energy.

How is kundalini different from other types of yoga?

Kundalini yoga classes include many of the same postures as other forms of yoga, but these are mostly the seated poses which focus on spinal exercises and repetitive movements. It also focuses more on the esoteric and energizing aspects than other types of yoga. Meditation, mantra, pranayama and visualization are emphasized over alignment and the other physical aspects of Hatha Yoga.

You will see dedicated practitioners wearing white clothes in a kundalini class and using sheepskins instead or on top of yoga mats. They believe wearing white will expand their aura and project positive energy out into the world. Kundalini yogis may also wear turbans or other head coverings as a way to focus their energy at the third eye or 6th chakra center. These are not required, but are used to symbolize the devotion to the practice and to strengthen the community.

Yogi Bhajan promoted his teachings as a secret tradition from an ancient lineage that he had publicly revealed for the first time. It is now understood that he made up this style of yoga from a fusion of two different traditions. The asanas and breathing exercises were derived from his studies with an Indian hatha yoga teacher named Swami Dhirendra Brahmachari. The chanting and devotional practices have their origins in the teachings of the Sikh saint Maharaj Virsa Singh.

Even though this was not the “ancient yoga practice” he promoted it to be, Yogi Bhajan’s teachings were a huge hit in Los Angeles in the early 70s. His teaching organization quickly grew across the US and worldwide, and expanded to over 300 centers in 35 countries. This expansion included the creation of multiple successful businesses and non-profit organizations that were estimated to be worth billions of dollars at the time of his death. He died of complications of heart failure at his home in New Mexico, on October 6, 2004, at the age of 75.

While Yogi Bhajan became a revered teacher and had helped improve the lives of many of his followers, there have been many accusations of sexual, verbal, emotional and physical abuse made after his death. There have been other reports of drug smuggling, money laundering, and fraud.

To its credit, the parent company, SSSC, commissioned Olive Branch, to perform an independent investigation into the claims of abuse, and they collected and assessed accounts from nearly 300 witnesses. Olive Branch’s report, released to the public in August 2020, concluded that these accusations of abuse “more likely than not occurred.” Upon news of the report, some teachers and trainers have distanced themselves from the community or have stopped practicing teachings of Yogi Bhajan.

The SSSC created an independent healing and reparations program to acknowledge the harm and help heal the community. This voluntary program provides emotional resources and financial support to helping “individuals who experienced harm in our schools and youth programs, regardless of whether the harm was perpetrated by a staff member or a peer, and those who report sexual abuse by any leader or other person under institutional control in the community. ”

The dangers of kundalini yoga

Many people believe that awakening the kundalini energy within the body can be dangerous, and that it can cause you to become mentally unstable. Activating this serpent power energy can be achieved safely with the proper technique, teacher and intention.

Activating and stirring up this flow of energy without a clear purpose or intention can feel disruptive and lead to negative results. Quickly and forcefully stoking the serpent energy in a yoga class can create very strong and uncomfortable reactions. If you begin to feel unbalanced, lightheaded, or emotionally disrupted by this practice, slow down or stop, take some time to breathe deeply, and notice what you’re feeling. Taking time during and after the practice will be important to integrate any new energies that arise.

You should always consult with an experienced teacher before beginning any type of yoga, especially kundalini yoga. If you are concerned about its potential effects on your mental well-being, talk to your doctor, counselor, or therapist first.

The benefits of kundalini yoga

Kundalini yoga has many physical and mental benefits if practiced correctly. The intensity of this practice builds resilience, grit, and inner strength. Like other styles of yoga, it can increase your flexibility, strength, endurance, balance and coordination.. It reduces stress and anxiety and improves balance and coordination. The practice of Kundalini yoga can help release old patterns and habits and deepen your spiritual practice.

What to expect in a kundalini yoga class

A typical Kundalini yoga class is comprised of three parts: an opening chant (known as “tuning in”) followed by a brief warm-up for your spine, a kriya (which is a sequence of postures paired with breathing techniques), and a closing meditation or song.

A typical Kundalini yoga practice begins with a short chanting session known as tuning in. After the sequence of postures, there is a closing meditation or song, where we focus on stillness and silence.

Many of the common poses are used as kryias. A Kriya combines yoga postures with pranayama, Mudra and bandhas to move energy through the body. Most of the common kundalini poses are seated positions that focus on the spine. Cobra, Bow and Camel poses are all backbends that open the heart and chest. Spinal flexing in a seated cat cow pose and upper body movements in other seated positions are very common.

Several pranayama practices are used, but the most popular breathing techniques in a kundalini class is breath of fire. This focuses on expelling the breath as quickly as possible while still maintaining control over the inhalation through the nose. This can be a bit challenging for beginners, but the breath of fire has many great benefits to add to a yoga practice.