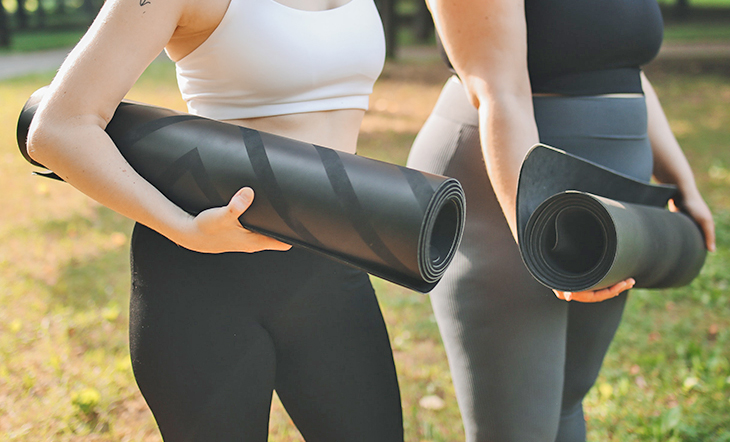 Dangerous levels of BPA found in activewear is an alarming recent finding that also exposes a larger societal issue. . .

In the age of climate crisis and climate justice, there are countless initiatives for greater sustainability across industries and around the world. Recycling programs have created wondrous ways of repurposing and up-cycling items to prevent them from ending up in the garbage dump or worse – in our oceans.

Yet what happens when an initiative to repurpose plastic bottles into activewear ends in dangerous levels of BPA exposure? The Center for Environmental Health (CEH) is addressing this serious question currently in the California legal system with some of the biggest activewear brands in the industry.

The Center for Environmental Health (CEH) came to a disturbing conclusion after performing a six-month study to test for BPA in activewear.

Bisphenol A is an industrial chemical used in certain plastics. Bisphenol A is commonly referred to as BPA, and exposure to it has been linked to many health issues such as increased risk of cancer, heart disease, asthma to name a few. BPA disrupts the body’s normal functions and disrupts hormones, which can affect reproduction, growth development, and metabolism.

BPA exposure can happen either from ingesting food or drink that came from a contaminated container, or from being absorbed through the skin by touching something that has leached BPA.

“Studies have shown that BPA can be absorbed through skin and end up in the bloodstream,” shares Kaya Allan Sugerman, Illegal Toxic Threats Program Director at the Center for Environmental Health.

This makes the issue of BPA exposure through our activewear even more concerning, since we tend to wear our sports bras and shirts for long periods of time and on a regular basis.

The CEH study tested for BPA in sports bras and athletic shirts over the span of six months. Under California state law, the maximum level of BPA via skin exposure is 3 micrograms per day. The sports bras and activewear shirts included in the test showed up to 22 times the safe limit of BPA.

California is currently the only state that regulates toxin exposure and legally requires a maximum level of toxins.

The Health Risks of BPA Exposure, According to Science

BPA can be found in a wide variety of everyday items, from to-go packaging (plastic forks and knives, plastic food containers, etc), water bottles, canned food and clothing, and even in paper products like receipts or even toilet paper.

BPA exposure has been linked to cancer, heart disease, obesity, asthma, and more health problems. It disrupts and mimics hormones in our bodies, leading to hormonal imbalances.

BPA disrupts the body’s normal functions and disrupts hormones, which can affect reproduction, growth development, and metabolism. Exposure to BPA during pregnancy has been linked to health problems in children.

“The problem with BPA is it can mimic hormones like estrogen and block other hormone receptors, altering the concentration of hormones in our bodies, and resulting in negative health effects,” said Dr. Jimena Díaz Leiva, the Science Director at CEH.

BPA exposure is sneaky, which makes it harder to notice or track.

A rule of thumb to help reduce your exposure to BPA: remember that BPA leaches out of food and drink containers into the food and drinks that you consume. It leaches when it is heated (microwaving plastic mugs or bowls, hot to-go food containers or single-use plastic water bottles left in the sun).

These Are the Brands That Were Implicated In the Study

The study focused on sports bras and activewear shirts. The brands whose sports bras tested high for BPA levels are: All in Motion, Asics, Athleta, Brooks, FILA, Nike, and The North Face.

It is important to note that these brands only had one garment tested. For example, PINK’s Active Ultimate 4-Way Reversible Sports Bra is the only PINK sports bra listed in the study that tested for BPA. Athleta’s Exhale Printed Bra in sizes D-DD+ was the specific sports bra that was tested for BPA.

The study does not list any additional sports bras from Athleta or PINK. Whether this means it is the only product from the sports bra category that contains unsafe levels of BPA, or if instead it was the only product tested was not stated. Based on the study, it appears these items were the only ones included in the tests.

How You Can Protect Yourself as a Consumer

Look for organic cotton or similar materials instead of materials made from recycled plastics. Organic cotton is a safe alternative that is good for all skin types and in fact is typically recommended as the best option for sensitive skin.

The Important Difference Between Cotton vs. Organic Cotton: Here’s What You Need to Know

Whether you have sensitive skin or not, it’s important for your health to avoid BPA whenever possible.

In addition to switching the types of fabrics or brands you purchase athleticwear from, also consider other ways you can reduce your exposure to plastics. Skip the single use plastic bottled water and use a reusable water bottle instead. Opt for glass or metal storage containers over plastic. Make sure that your baby bottles do not contain any BPA.

These small life changes can add up to lifesaving results.

BPA In Activewear: A Final Word

Thanks to California being the first state to regulate toxin exposure levels, the Center for Environmental Health’s legal action will apply to all American consumers, so this will be a nationwide change. Each of the brands listed above have 60 days to work with the CEH on the violations before complaints are legally filed.

According to the National Institute of Environmental Health Sciences, the majority of individuals over the age of six had traces of BPA in their urine samples. BPA can even be found in breastmilk. Clearly, human exposure to BPA is widespread and therefore problematic.

If you would like to learn more about BPA, how to reduce your risk of exposure, or to see the efforts the NIEHS is doing for further research, start with these articles.