A Guide to Gender Identity and Gender Expression 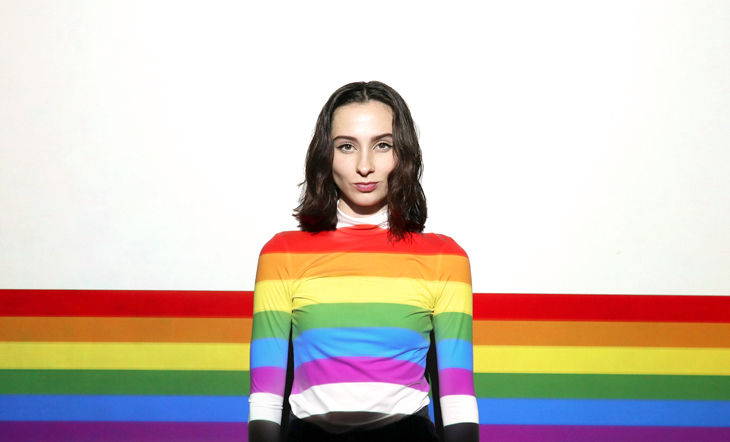 Gender identity and gender expression are terms that everyone should be familiar with. Read on for a definition and explanation of these terms, along with further information to be an informed and supportive ally.

As you grew up, this paradigm was quickly integrated into your life in almost all aspects.

You’ve probably noticed it. In stores, clothing, toys and bedroom linens are separated into boy’s and girl’s sections. In public spaces, there are boy’s and girl’s bathrooms. In school, children are often separated, boys on one side, girls on the other.

There are many aspects that make a person who they are, including gender identity, gender expression, sexuality and biological sex.

The problem is humans don’t easily fit into these two specific and restrictive molds.

In fact, there are many aspects beyond the physical body that make a person who they are and how they express themselves, which include gender identity, gender expression, sexuality and biological sex.

Gender Identity and Gender Expression: A Guide to Terms, Tips and Understanding

In an effort to simplify the many components of gender identity, gender expression, sexuality, attraction and biological sex, Sam Killerman, LGBTQIA advocate and author, created the Genderbread Person.

The idea behind the Genderbread Person graphic is to give a visual representation of the various components that are part of a person’s gender identity. As you can see, each component is on a spectrum because no one human being is identical in any one of these areas.

Sam Killerman has several other wonderful educational graphics on this topic (and others) which can be found at here.

To ensure clarity, below is a definition of gender identity, gender expression, biological sex and sexual orientation as related to this topic.

Gender Identity is one’s own internal sense of self and their gender, whether that is man, woman, neither or both.

In contrast to gender expression, gender identity is not outwardly visible to anyone else. This is why you should never assume what a person’s gender is based on visible cues such as clothing, hair style, etc.

Gender Expression is how a person presents gender outwardly, through clothing, behavior, voice or other perceived characteristics.

For example, the low or high pitched tone of a person’s voice does not make them masculine or feminine despite what U.S. and Western culture has assumed for decades.

Being female means you have a vagina, ovaries, predominant estrogen and two X chromosomes.

In contrast, being male means you have a penis, testes, predominant testosterone and an XY chromosome configuration. Being intersex means you have some combination of biological male and biological female characteristics.

Sexual Orientation and Romantic Attraction are all about who you are physically, emotionally and spiritually attracted to. Physical and romantic attraction occurs between the members of the same biological sex and between members of different biological sexes.

It is important to note a person does not need to have had specific sexual experiences to know their own sexual orientation.

“Transgender people may be straight, lesbian, gay, bisexual or queer…

However, it is important to note some transgender people never undergo surgery to match their gender identity. Instead, they simply operate with the body they have in an affirming way.

It is important to know and understand the terms surrounding gender identity and gender expression. As mentioned above, when you are knowledgeable, you are then able to properly use terms and forms of expression which is a sign of courtesy and acceptance to those around you.

Gender can be defined as a social construct of behaviors, norms, and roles that varies over time and within different cultures. Gender is frequently categorized as male, female and intersex.

Sex refers to a person’s biological status which is typically assigned at birth on the basis of external anatomy. Sex is typically categorized as female, male or intersex.

Cisgender, also known as cis, is an adjective that describes a person whose gender identity is in alignment with the sex they were assigned at birth.

Nonbinary is a term used by someone to describe whose gender identity does not fit into the categories of man or woman. The term genderqueer is also used to describe this.

Agender is an adjective which can describe a person who does not identify with any gender.

Gender Transition refers to a process a person may take to bring themselves and their bodies into alignment with their gender identity. In many cases, this process is more than one step.

Gender Dysphoria refers to psychological stress that can occur from a conflict between the person’s assigned sex at birth and their gender identity. Not all transgender people will experience gender dysphoria and for those who do experience it, the level of intensity varies.

Pronouns are how we identify ourselves apart from our name and how someone refers to you in a conversation.

In many cases, an individual’s gender identity isn’t binary and, as such, they might identify as a male and nonbinary. In this case, their pronouns would be he/him/they.

Intersex is an umbrella term used to describe a person with differences in reproductive anatomy, chromosomes and hormones that don’t fit the common definition of female and male.

A note on defined terms: The author used the following resources when putting together the definition of terms. Please keep in mind this article is not exhaustive, and is U.S. and Western centric. Other cultures may use different terms and have differing views on gender.

NLGJA: The Association of LGBTA Journalists

Gender Identity and Gender Expression: Being a Supportive Ally

In the end, the best thing you can do to be supportive of someone questioning their gender identity is to show them love.

When you show your love, you not only help your loved one feel secure, but you also give them the space to explore their feelings and needs. It is difficult to work through such challenging feelings when you don’t feel supported or secure.

As an ally, it is important to take the steps to inform yourself, find resources and organizations to support and be a part of, and understand the correct use of terms.

The Best Quadratus Lumborum Stretch For Back Pain

Healthy Snacks For Game Night Your Family Will Love