3 Benefits and Effects of Swearing 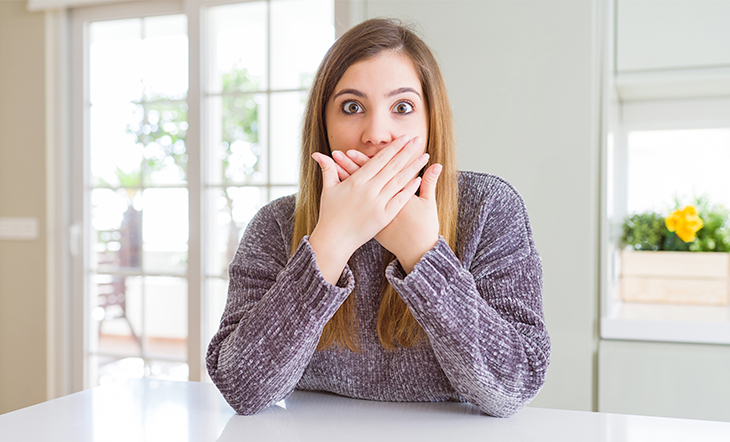 Swearing, cursing, cussing, using bad language. There are many ways to say that you’re swearing, and many choice swear words to choose from!

Have you ever wondered if it’s f*cked up to say f*ck? We swear this article has your answer.

We’ll explore the unexpected effects of swearing, the profound benefits of profanity, and how cursing can feel like either a blessing or a curse depending on why – and how – it’s used!

Since swearing is a part of communication, there have been many studies conducted to explore the potential benefits and detriments to using cuss words, and the findings are interesting.

So whether you cuss like a sailor or choose not to use expletives at all, you’ll learn about the science and research behind this particular aspect of language.

According to Science, Swearing Can Be Good for You – When Used Intentionally

Parents might have told you swearing was bad when you were growing up. Educational institutions might claim swearing shows a lack of intelligence. Professional settings may hold the idea it’s unprofessional to cuss.

But what does science say about swearing? Science says that’s bullsh!t.

Science says the benefits of cursing are so great it’s no wonder people take up the habit!

Studies have shown swearing can help you reduce your stress levels, tolerate pain better, bond with others more easily, and develop emotional resilience. Better yet, cursing can help creativity curse through you and allow you to express yourself without fear of repercussions.

Another benefit of cursing is highlighted in a New York Post article called, “Swearing is Good for You According to Science.” In the article, Dr. Emma Byrne, author of Swearing Is Good For You: The Amazing Science of Bad Language says:

“Swearing can also help build trust and increase productivity. Scientists have shown that teams who share the same lexicon of swearing tend to work more effectively together, feel closer, and are more productive than those that don’t.”

So, why then is there so much societal fussing when it comes to cussing? It’s because as much as the benefits of swearing can be a science, knowing when to swear can be an art.

Both Sides of Swearing: 3 Benefits and Effects of Using Bad Language

In this section we’ll examine the positive and negative effects of swearing; we’ll tow the line between when swearing can be helpful and when it may become harmful.

1. Swearing Engages Both Sides of Your Brain

When Swearing Can Be F*cked Up:
Our brains have many different parts and if a swear word is interpreted as too offensive or taboo, it could automatically trigger a reaction in your amygdala, which is typically responsible for fear and threat detection.

This means your brain may need to work overtime in scrutinizing swear words – even when you’re the one who is saying them!

If you’ve ever stubbed your toe on the edge of the bed, hit your funny bone at that awkward angle that makes your whole body tingle, or burnt your tongue on the first bite of way too hot pizza, then you probably already understand how blurting out expletives is a common reaction to pain.

An article published in Scientific American states, “Dropping the F-bomb or other expletives may not only be an expression of agony but also a means to alleviate it.”

How freaking cool is that?

If you want to experience less pain the next time you accidentally slam your finger in a car door, try saying, “Oh Sh!t” instead of “Oh Shoot!”

When Swearing Can Be F*cked Up:
What’s f*cked up about this swearing hack is that saying, “F*ck” too often to avoid pain may not always work.

For example, if you plan on applying this concept to leg day the next time you hit the gym, and blurt out “B!tch” to help you power through the pain every time you do Bulgarian squats (that do hurt like a b!tch) then think again.

Constantly and consistently swearing as a means to reduce pain can turn what should feel momentous into mundane. According to Dr. Richard Stephens, a senior lecturer in psychology at Keele University, “Our findings suggest that overuse of swear words can water down their emotional effect.”

So, certainly, let this type of language loose – let the filth fly – but in moderation. Save it for when those sporadic painful life situations inevitably do happen!

Here’s Why Curse Words and Teaching Yoga Go Together

3. Cussing Helps Creativity and Your Authenticity

Profanity has been linked to creativity; when people choose such powerful words to express their emotions their right brain is activated, which is known as the ‘creative brain’ (refer back to #1 above).

Swear words can be turned into creative phrases with so many different uses! For example, let’s test this sh!t out…

Don’t touch my sh!t, I’ve got sh!t to do, I feel like sh!t, that smoothie was the shiiiiiitttt!

See what we mean?!

Additionally, cursing allows us to use creativity to take back our power. For example, it may be offensive to be called a bitch, but it’s empowering to re-define that and own being a bad b!tch!

“People see those who swear as being more honest because truth-tellers get right to the point and do not think about what they are going to say whereas liars use more brainpower to formulate their stories and are very meticulous about word usage.”

In other words, when you swear out loud or around others, it means you are not trying to hide this aspect of who you are, which means you’re expressing yourself authentically. And when you are living authentically, it signals to other people they can feel safe enough to do the same.

Swearing is a unique form of communication in that way. It tells people we are comfortable with them and free from fear when speaking openly without thinking too much about what might come out or how it will be received. And dammit, that’s so beautiful!

When Swearing Can Be F*cked Up:
There is a difference between swearing with or around someone to help develop healthy relationships and camaraderie and swearing at someone. In other words, swear words can help build these foundations, or they can help to destroy them. There can be negative effects of swearing.

There is a level of self-control needed when it comes to swearing. You have to be conscientious of how your foul language may make others feel. Self-control is a quality that makes living together possible because by practicing it, you also learn how to act with respect toward others around you.

Some four-letter words are best reserved for when you’re in control of your emotions, and not when they’re controlling you!

Stop Self Sabotaging! Here Are 5 Ways to UnF*ck Yourself and Live Life Empowered

Rule of thumb: don’t be an A-hole by calling someone an A-hole even if you’re trying to be funny and you feel comfortable enough to do so. It’s important to recognize if your swearing makes people feel uncomfortable and then respect their boundaries.

What you’re trying to avoid by swearing in this instance, is making someone swear to themselves they’ll never talk to you again because your swearing offended them.

The Science of Swearing: What Does It All Mean?

Ultimately, it means that cussing can be powerful. Here are some of the benefits of swearing we want you to remember!

Using strong language does not make you weak.

Dropping F-bombs can be the bomb, as long as you’re not exploding at someone in particular.

It’s normal to get pissed off in life and deal with sh!tty situations and having a potty mouth can help you release pressure!

Seeing the benefits of swearing means you don’t have to always watch your mouth.

It’s ok to FEEL b!tchy and process those emotions by cursing without owning that you ARE a b!tch; you are not the emotions that swearing helps you express creatively.

Swearing is a safer way to act out aggression, for example by putting a middle finger up instead of physically putting hands on someone!

In the game of life, it’s not a foul if you have the balls to use foul language. In fact, it may get you more authenticity points from those who love swearing too!

Swearing won’t solve external world problems, but it can be a tool to regulate your internal world of problems!

Frankly, don’t give a damn about what anyone says about bad language – there is a reason it’s called choice words! YOU get to choose how to express yourself. And if a “bad” word makes you feel good, then that’s f*cking great!

What do you think? Do you love to curse? Do you think it be helpful or harmful? Please share with us in the comments below – we love hearing from you!