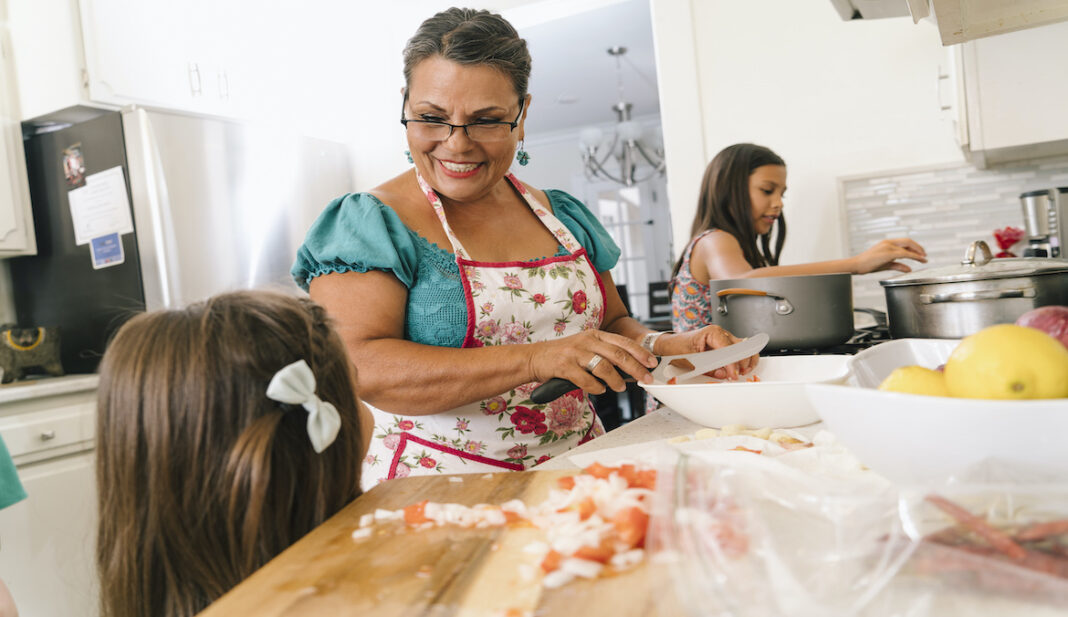 Every major part of life is tied to food, and every culture wraps its arms around mealtime in a different way. However, our inherited food habits can impact our health, warranting a visit to see a nutrition expert. Typically, when health is a factor, that expert should be a registered dietitian (RD). Considering the fact that 77.8% of nutrition professionals are white, this can present challenges for BIPOC (Black, Indigenous, and people of color).

For BIPOC, having to reckon with what you eat while having your food choices be scrutinized by a white dietitian can be traumatizing. That’s why cultural competency is essential, according to Shana Spence, MS, RDN, CDN. She says, “I notice that too many RDs think that finding replacement foods for different cultures is doing enough. You cannot tell someone that their food is unhealthy and expect results.”

Spence believes that the industry stigma around ethnic food ignores the fact at the core, the ingredients aren’t bad for you. “So many diets now also eliminate staple cultural foods such as rice, potatoes, and corn, which all still provide nourishment,” she says. But when dietitians eliminate foods that are present in every cultural meal, clients of color can feel left out.

A tale of two dietitians

Mistinguette Smith has seen firsthand how this practice alienates the people who need nutrition help the most. As the former director of programs for the Food Bank of Western Massachusetts, she oversaw two dietitians who chose the food distributed to the food pantries, which served four diverse counties. The first dietitian, a white man, approached nutrition education as a tool for correcting habits that he called “illness-generating,” and he ignored cultural aspects of eating. “Through that narrow perspective, he wasn’t able to see that even when a food is illness-generating, it might also be cultural-transmitting, which might be an adaptive practice,” Smith recalls. Smith’s last straw? “The day he told me that the Latinx community ‘just needed to get over their culture and then they could get healthy.’”

The dietitian’s attitude perpetuated the “white is right” belief that permeates the field. Spence says that she began to notice hints of racism herself when RDs started recommending the Mediterranean diet, which is considered one of the healthiest ways to eat. “The Mediterranean covers a vast array of cultures and ethnicities,” she says. “However, when the ‘healthy’ food is mentioned, it seems to only cover countries such as Italy and Greece. This contributes to so many people thinking that their cultural foods aren’t healthy.” A better approach, Spence believes, would be meeting clients where they are.

That is what Smith says made the difference with the food bank’s second dietitian, who was also white. “She believed that the dietitian was supposed to bring the skills and knowledge about the process of dietetics to people in a way that’s useful to them,” Smith says. When the new dietitian had to work with the Latinx community, she learned the foods that were important to its culture. “She went into that Latinx community, which was primarily Puerto Rican, and asked how to make sofrito.” She was then able to help these clients create a salt-free version that a grandfather could still enjoy.

Instead of drastically changing someone’s diet, working with the basic components can have lasting results on how a person approaches nutrition. Professors Luz Calvo and Catriona Rueda Esquibel, who authored the cookbook Decolonize Your Diet have done just that. Their cookbook offers plant-based recipes for Mexican favorites, and it also explores the influence of colonialism on how people of color eat. For instance, what and how Black people have eaten for years has been influenced by slavery. Enslaved people retained what they could from their African roots, but they often ate what they had to for survival. Those survival techniques, which include habits like eating everything on your plate, had lasting impacts on health.

Some dietitians recognize the cultural value of food. Nina Basu, who is half Indian, has seen a few dietitians to manage her eating disorder. It wasn’t until recently that she was actually asked what she ate growing up, and what foods she likes. “Growing up, we ate American food 50 percent of the time, and the other 50 percent, we had curry, tandoori chicken, or rice and daal,” she says. Though she is seeing a white weight loss doctor, she finally doesn’t feel restricted from eating cultural foods. Instead, her doctor asks her about events coming up, and they discuss what she might want to eat and how to navigate the meal. His approach is more intuitive, and Basu feels that her overeating has decreased.

“There are more ways to be healthy outside of eating a salad.” —Jess Sims

Jess Sims also had to find a dietitian to manage a recent binge eating disorder diagnosis. Sims, who is Black, has always been in a larger body, and she struggled to find a dietitian who had a “health at every size” philosophy and allowed a wide variety of foods was a challenge. “There are more ways to be healthy outside of eating a salad, so stop pushing certain ‘health’ foods on people and start working within their bounds,” she says.

Philadelphia-based dietitian Trinique Waters says that promoting salads and discouraging cultural foods make it difficult for clients to even grasp healthy eating. “When I ask patients, ‘What does healthy eating look like to you?’ they often say salads or not eating rice of any kind,” she says. “What many don’t realize is that eating well does not have one look to it. All foods, including cultural foods, can fit into a healthy way of eating.”

Waters’s approach to changing a client’s eating habits does not include eliminating cultural foods. “It’s important to incorporate foods that reflect our culture, but to balance them,” she says. “I like to help clients to increase their mindfulness surrounding their food choices to help them live well. A mindful client will take a second to remember the plate method, causing them to start with a large portion of veggies, and then adding their rice and meat to their plate.” She says that, in the end, clients are more receptive to change when they know that they can have foods that are significant to them.

Why antiracism work is imperative for dietitians

For BIPOC, finding a dietitian who looks like you can be tough. Trying to find a fit who also takes your insurance could have a deleterious impact on your health and well-being. That’s why it’s important for all members of the industry to undergo antiracism work at school and when they are out in the field. Both of these places, according to Spence, focus on certain demographics, which seeps into counseling clients. “What I learned is that there is a difference between individuals not caring about their health and individuals being impacted by systemic issues in place. People will choose to see someone not eating vegetables but ignore redlining and lack of food access. This needs to be taught from the beginning.” Recognizing bias and learning about cultures other than one’s own are also imperative.

To get to that place, Smith believes dietitians need to consider their approach, especially those serving communities of color. “The unsuccessful dietitian came to teach,” she says of her experience with the dietitians at the food bank. “The one who made the lasting impact was there to learn.” The tools for exacting change are right within the community, if only dietitians are willing to listen.

How To Stop Overeating {4 Steps To Food Freedom}

St. Patrick’s Day Poems for Kids of All Ages and Grade Levels