Why and How ‘Dopamine Dressing’ Can Benefit Your Mood 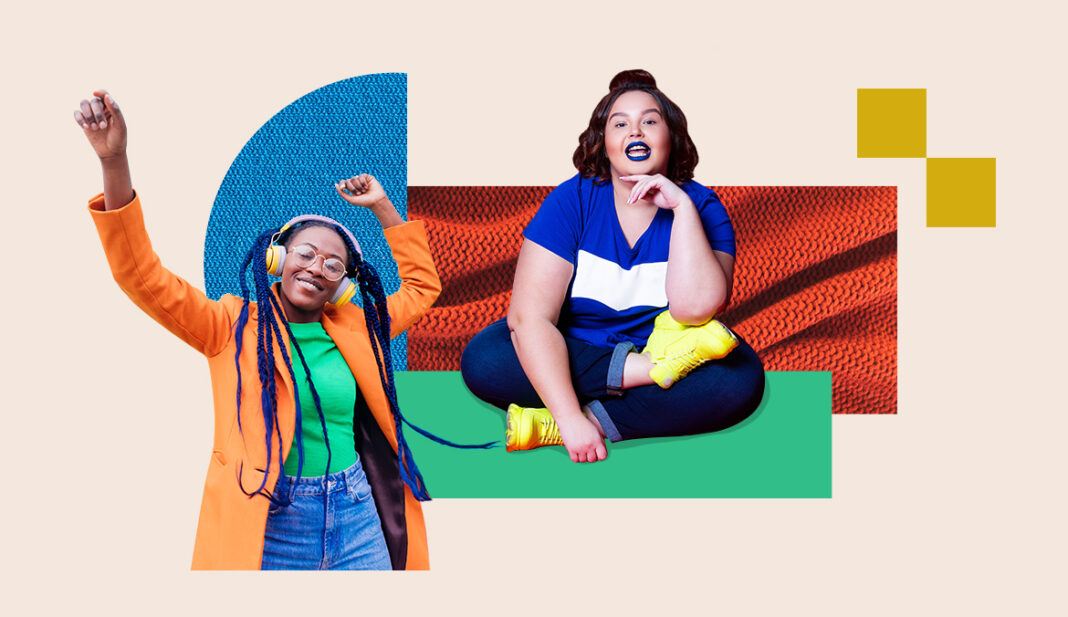 Outside the confines of a dress code, your mood likely has some influence over your outfit choices. For instance, on a day when you wake up feeling blah, you’re probably more apt to slap on some jeans and a basic white T-shirt than, say, a dress in your favorite color. But as of late, there’s a new concept in fashion that’s all about reverse-engineering that pathway—and using an outfit to actively influence your mood. Rooted in elements of color and fashion psychology, “dopamine dressing,” a term recently dubbed by fashion psychologist Dawnn Karen and dubbed a 2022 trend by Pinterest, says we can use clothing to catalyze the oh-so-coveted dopamine spike, and get a mood boost as a result.

Often referred to as a happiness neurotransmitter, dopamine’s role can be better understood as a motivating agent, says behavioral psychologist Carolyn Mair, PhD, author of The Psychology of Fashion. “Dopamine motivates us to seek a reward. So, scientifically speaking, dopamine dressing refers to a person’s motivation to dress in a way that will result in a positive outcome, like feeling more confident, competent, or happy.”

“Dopamine dressing refers to a person’s motivation to dress in a way that will result in a positive outcome, like feeling more confident, competent, or happy.”—Carolyn Mair, PhD, behavioral psychologist

And research backs up that link: We know that certain clothes can change how we feel and act, based on the concept of “enclothed cognition,” which refers to how we embody the symbolism of particular garments. (Just take the connection between wearing a suit and feeling more powerful, for starters.) And we also know that certain colors tend to be linked with particular emotions (like, say, pink with love and gray with sadness). So, it follows that choosing to wear clothing in colors you link with happiness could also translate to you feeling happier, too.

Because, for many folks, those happy colors tend to be bright and saturated over neutral or cool-toned (again, because of color-emotion connections), dopamine dressing has become synonymous with wearing all things flamboyant. Think: Neon yellow! Fuchsia! Turquoise! Any other hue that would naturally warrant an exclamation mark! In fact, these kinds of colors have even come to be known as “dopamine brights,” says Kimberly Mayhew, CEO of personal-styling and color-analysis company House of Colour. “These colors match the energy of people being excited to be out of the house and having fun again [as we emerge from the pandemic].”

But, of course, not everyone inherently connects bright colors with happiness, and the psychology behind dopamine dressing is a bit more nuanced than simply wearing X item to achieve Y result. “For me, dopamine dressing is about personal expression,” says color designer and researcher Kel Jackson. “Traditionally, color trends had steady seasonal cadence dictated by the influence of designers—for example, jewel tones in holiday and pastels in spring. But for the last 10-plus years, we’ve seen consumers casting off these cyclical color trends in favor of expressive color driven by individuality.”

How your mood could benefit from dopamine dressing, especially right now

Because dopamine dressing will look different for everyone, understanding how to use it to your advantage requires thinking about how you respond to different colors.

“Color preferences, generally, fall into two categories,” says Alice Skelton, PhD, research fellow in developmental color science at the University of Sussex. “On one hand, there may be certain innate preferences, like we see with the color blue as the one that’s most often rated as being well-liked; we even see that in babies who will look at blue tones longer than other colors. Then, on the other hand, there’s a personal element that’s really driven by your experience with certain colors throughout your life.”

For instance, if while growing up, you had a favorite set of toys that were all yellow and orange, you might have developed a positive association with these colors that you’ve continued to reinforce, she adds. In that case? Choosing sunshine-y clothing would most definitely elicit the dopamine response of the concept’s namesake.

In other scenarios, cultural traditions or norms could shape the nature of your color preferences. “For example, white is commonly worn in weddings in the U.S. because of its association with purity, but in China, white is worn at funerals,” says Dr. Mair. And in a similar vein, bright colors, tie-dye, and neons are often associated with U.S. youth culture of the ’60s, ’70s, and ’80s (and with optimism and hope)—but might not have a particularly upbeat meaning for someone unfamiliar with that historical narrative.

That’s why the real mood benefits of dopamine dressing come less from the colors themselves and more from how you perceive them in context. Because much of our current societal context is being shaped by a return-to-doing-things excitement, the experts see dopamine dressing as both a response to that vibe and a way to embrace it.

“The energy is like, ‘I want to do everything, and I want to wear all my colorful things that I haven’t had a reason or a place to wear,’” says Dr. Skelton. “Chances are, you’re probably not as excited right now about wearing, say, your black power suit as you would be about your sequined rainbow disco dress.”

And choosing to wear the dress (or any other happiness-inducing item) can spawn an upward spiral. “As everyone starts leaving the house more [in these dopamine brights], people may be inspired by others’ outfits to try out the colors that they’re seeing,” says Mayhew. The more people who don those brights out of joy or happiness to be back out there again, the more likely it is that we all attach new positive meaning to these colors, too. And that positive association is, of course, what drives any good dopamine spike.

Top 10 Celebs Surprisingly Not on the Hollywood Walk of Fame