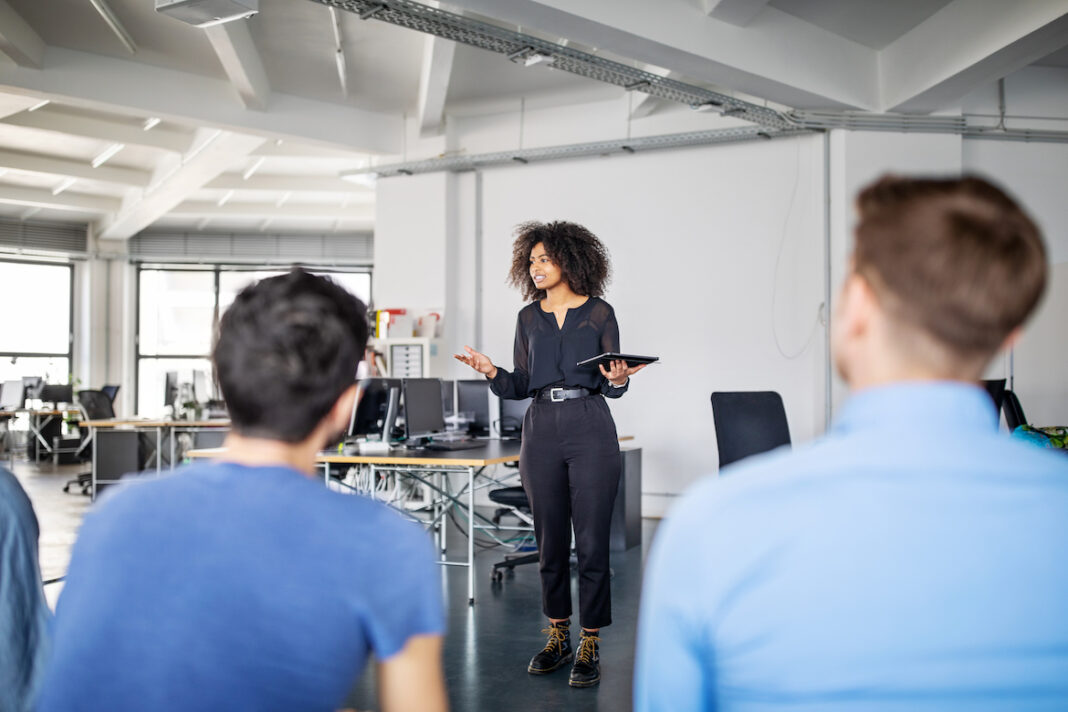 Whether it’s not-so-positive feedback on a project or getting laid off, receiving bad news at work is never fun. However, how a boss or manager delivers said news impacts how employees receive the information, so employers should handle these conversations with extreme care. To help with this, Amina AlTai, a career and business coach for entrepreneurs and executives, shares seven things employers should not do when giving employees bad news and what to do instead. Spoiler alert: There’s a lot of empathy involved.

What NOT to Do When Conveying Tough Messages to Employees

1. Give news without empathy

The ability to humanize employees is an important soft skill managers must cultivate. “Employees are not just a means to an end or an avenue to productivity; they are human beings worthy of respect and individual attention,” Kim Crowder, a diversity, equity, inclusion, and anti-racism expert (DEIA) and founder of Kim Crowder Consulting, previously told Well+Good.

Part of humanizing employees is bringing a great deal of empathy to every difficult conversation. “Show those that you’re delivering this news to that you understand how it may make them feel and that you are also there to support them with action,” AlTai says. “Leading with compassionate empathy allows the recipient to feel that they are not alone in this and have the support of the team or community around them.”

Although sometimes done with good intentions to help “soften the blow,” communicating indirectly or serving up compliment sandwiches is not an effective way to deliver difficult news. Rather, AlTai says it further undermines the recipient’s psychological safety. Also, if they find out later on that you weren’t being completely honest, they may not be able to fully trust you in the future. So be sure you are clear and direct in these conversations.

Another key element of delivering difficult news with employees is sharing context, which provides insights into how decisions were made. “Knowing the background dials up trust and our sense of fairness,” AlTai says. “When we don’t have the background or as much transparency, we can tell ourselves stories, and things can start to feel unjust or unfair.” Specificity, AlTai adds, is also important, particularly when giving feedback. “If we don’t share the exact situation, behavior, or impact, it can be nearly impossible to improve moving forward,” she says. “Being too general can also sound evasive and opaque, calling trust and sincerity into question.”

AlTai also recommends acknowledging the role you may have played and taking accountability. “When we make the challenging news entirely about the other person, we are likely not looking at the fullness of the situation,” she explains. “There is likely some role you played, whether big or small, and owning your role in the breakdown will invite the recipient into a more productive, less one-sided conversation.”

5. Make it about yourself

That said, although it’s important to take accountability, AlTai says it’s also vital that you don’t center the conversation on yourself when delivering news. You’ve likely had some time to process the information before giving it, but it’s brand new info for the recipient, and they deserve time to process it. “Making it about yourself doesn’t allow them to express their emotions or experience,” she says. “They may also feel compelled to support your feelings, which puts them in an unfair situation.”

6. Drop the news and run

AlTai admits delivering bad news to employees isn’t easy, and employers and managers may feel the urge to drop the info and exit the conversation quickly. Doing so, however, is unkind and lacks empathy. Instead, ensure that you check in with them. “Ask open-ended questions about their experience to show them you are here to help them process,” she says.

7. Not discuss the next steps

“After we’ve shared tough news in a specific and empathetic way and processed the content together, we can start to talk about how we’ll move forward,” AlTai says. After all, feedback without action that follows is kind of pointless. Taking the time to discuss what actions or behaviors need to change moving forward is what ultimately creates progress, making this an essential step in every difficult conversation.