What Is Cricketing? Therapists Explain 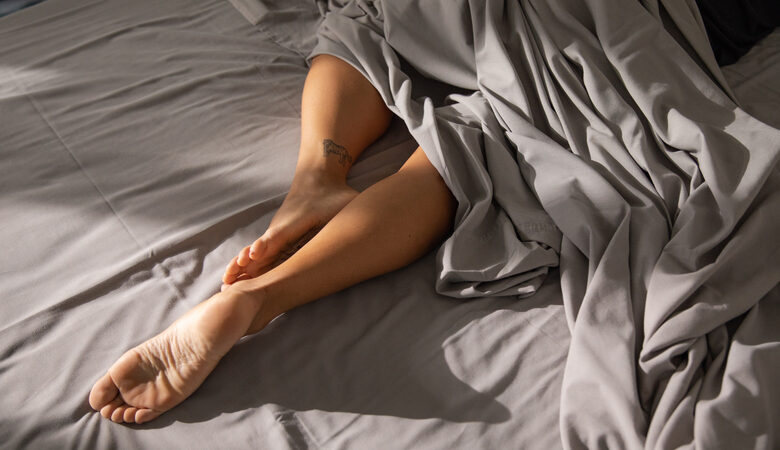 Whether conscious or subconscious, we all have movements and actions we do to self-soothe and self-regulate. While we may think self-soothing only relates to babies, it’s commonly seen in adults too. “Self-soothing refers to any behavior an individual uses to regulate their emotional state by themselves,” says Kaelan Jones, a registered psychologist at Shoalhaven Psychology. For me, it’s cricketing. What is cricketing, you ask?

“It’s the repeated rubbing of one foot against the other,” says clinical psychologist Lauren Kerwin, PhD. Hence the name—crickets (the insect) rub their legs together to make a chirping sound. It’s a type of motor stereotype, which Dr. Kermin explains is a repetitive, rhythmic movement that doesn’t seem to have a specific purpose but is predictable in pattern.

For myself, cricketing is second nature when I’m falling asleep. My feet and legs rub against each other, and in turn, the sensation calms my mind and body down—my anxiety tends to peak at night when I get into bed, and cricketing has helped a lot with that. In this way, cricketing can serve as an emotional regulator, according to clinical psychologist Sydelcis Mendez, MA, LMFT. “As a child or adult experiences heightened discomfort levels, offsetting their baselines, repetitive behaviors are a common response to reduce anxiety and or stress levels from the perceived threats,” she says.

However, it’s important to note that self-soothing behaviors (aka stimming) are different for everyone. For many, like myself, it’s a subconscious movement at bedtime. Alternatively, others find it useful and comforting to do throughout the day during other activities. “Those who cricket while they fall asleep, which is very common, do so often to improve their sensory processing of their body laying down with blankets around them in a dark and quiet space,” says Dr. Kerwin. “For someone else—or even for the same person—cricketing while studying allows them to focus on what they are reading.”

Who is most likely to cricket

It’s a common misconception that those with neurodivergent disorders like attention-deficit hyperactivity disorder (ADHD), dyslexia, down syndrome, or certain mental health conditions like obsessive compulsive disorder (OCD), as well as individuals within the Autism spectrum, are the only ones who perform self-soothing behaviors. But in fact, self-soothing behaviors like cricketing are not unique to any certain population. “They are evident in all adults and children,” Mendez says.

The reason self-soothing behaviors may be more associated with people who have neurodivergent disorders is because they  also experience difficulties with social skills and communication, according to Mendez. “As such, it is likely the repetitive behaviors offer them an immediate relief that they are unable to communicate or work through alternatively,” she says.

Is there any harm in cricketing?

There is no harm in cricketing, as again, it’s a self-regulatory, comforting, and soothing response. But if it’s a new behavior, the experts here all agree to take note of its function. Are you cricketing in bed or during a tense moment during the day?

“For individuals who can observe cricketing or other stimming behavior, it is important to note that it does not indicate one has a disorder or that the behavior itself is a problem,” Mendez says. “Everyone exists experiencing emotional and physical discomfort, but we differ in the ability to identify, cope, tolerate and manage the impact of the stressors. If you find yourself using this or other repetitive behaviors know first and foremost that the behaviors likely developed as a protective response.” Potentially, it could be a sign that there are new circumstances in your life causing you heightened stress or emotional discomfort you may need to address.