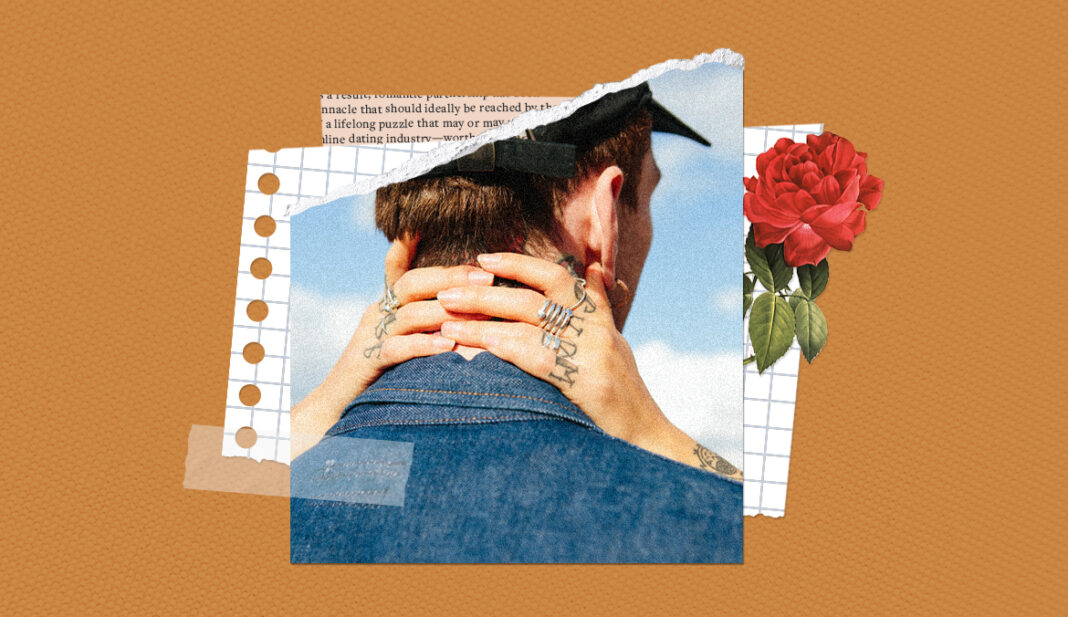 Trusting your own intuition is often easier said than done—particularly when it comes to dating. It’s almost impossible to go about dating (or not dating) without being inundated by relationship advice that may or may not apply to you, no matter how well-intentioned. But, the very personal nature of determining what you really want out of dating or a relationship (if anything) just makes cutting through all the noise that much more important.

Perhaps you’ve found yourself trying random recreational activities (adult kickball league, anyone?) because you’ve been told to seek out “shared interests.” Or you’ve heard for the millionth time from partnered friends that you should date more to increase the odds of eventually finding your soulmate. Yet, others may have told you not to overthink it, that there’s no such thing as a spark, and that you should pick someone who is a good companion.

All the while, online media contributes to the advice whirlwind. Our feeds are filled with articles promising to decode your partner’s attachment style, dozens upon dozens of dating advice podcasts, and TikTok influencers sharing their relationship tips (despite their sole expertise being that they’ve gone on a date). It’s no wonder this barrage of dating content—a veritable “dating industrial complex”—has led so many folks to feel disillusioned about it all.

The can’t-escape-it extent of dating advice today implies that everyone should, in fact, be searching for their other half. Just take advertisements from dating sites about their “success stories,” featuring happily married couples—implying that a “successful” relationship is one that ends at the altar. Being part of a unit is not only considered “goals,” but it is also a measure of social worthiness. For example, if you have a long-term partner, you’re more likely to be invited to a wedding with a plus-1, and of course, married people get a tax break.

People who identify as women, in particular, are often subject to particular dating “rules” because of this necessity to find “the one.” Women used to be legally defined through their relationships—as someone’s daughter, as someone’s wife—but now, our culture encourages us to define ourselves that way.

Just look at pop culture for proof: In a recent episode of the podcast, “It’s Me, Tinx,” content creator and influencer Tinx discusses growing up in the era of Disney princesses, where we learned that “happily ever after” is when the girl gets the guy—which lionizes heteronormativity and monogamy. These movies also message that a woman has to experience a certain level of suffering (like being trapped in a tower, sabotaged by an evil queen, or poisoned) in order to find her Prince Charming. This isn’t just a Disney thing either—these tropes are embedded into so many romantic TV shows and movies, including Sex and the City, The Devil Wears Prada, Bridgerton, and more.

Romantic partnership has been framed in American culture as a pinnacle that should ideally be reached by the arbitrary age of 30, not as a piece of a lifelong puzzle that may or may not enrich your life. And the lucrative online dating industry—worth an estimated $5.3 billion—along with matchmakers, relationship and dating coaches, and the aforementioned podcasts and dating “influencers,” are here to help people achieve that lofty goal.

But the fixation on finding “the one” just doesn’t reflect all people’s realities. Off the bat, it excludes the potential for fulfilling non-monogamous relationships, which are not focused on the one-person model. And it also ignores the possibility that you could fall in love with more than one person during your lifetime, which many people do—and not always to relational “success.” In fact, each year, roughly eight in 1,000 marriages in the U.S. end in divorce.

Despite all this, millions of people each day go on dates and swipe left and right on dating apps, looking for that singular right person. While the desire for a fulfilling romantic union is certainly valid, the pressures of the dating industrial complex make it feel unnecessarily mandatory and urgent. Deciding to date on your terms, when you feel like it, is to buck a system that wasn’t made with your preferences and needs in mind.

Doing that requires tuning out the constant stream of dating advice and content and tuning into what you actually want out of dating or a relationship, if anything. Below are some questions that can help you assess just that.

Here are 5 questions to ask yourself to figure out what you actually want out of a relationship, if anything

Get clear on what you want from the experience of dating itself. Focusing on what others want from you will only disconnect you from your own desires and enjoyment.

To push yourself outside the societal box, consider what would be different about dating for you if it didn’t have an end goal. Though you may be dating solely to find your life partner(s), there are often other motivators you may not have considered. Are you dating for sexual experiences? To identify qualities that make you feel safe? To meet interesting people? To explore your sexuality? To feel happy? To try new experiences?

Exploring these various goals can allow you to shift how you experience the path toward them. The more aware you are of your intrinsic motivators, rather than all the “shoulds” you’ve been bombarded with, the more fulfilled you will feel along the way.

2. What about dating is stressing me out? And how can I address it?

The reasons we suffer while dating are two-fold: the experience itself and the meaning we make out of the experience. Say you have a “bad” date or one that doesn’t result in a second date. If you conclude from that experience that you are never going to find the right person or that there is something lacking in you that will cause others to reject you, this core belief is what’s causing you pain, not necessarily the date or the act of dating.

Instead of viewing yourself as “bad” at dating, consider what negative self-beliefs the dating process may be bubbling up. Externalizing these self-critical voices will allow you to create distance from them and question their truth.

Also, search for other aspects of the dating experience that may be unnecessarily contributing to stress, anxiety, fear, or disillusionment. If you hate dating apps, for example, ask yourself: Is it the apps themselves, the amount of time you spend on them, or the prep work that goes into the date? Be specific about what part of dating is unfulfilling and question that particular piece, not yourself or your desire for connection.

3. What needs to shift for me to take the pressure off the dating experience?

Imagine making a decision with a gun to your head. Do you believe you would think clearly and from a grounded place under such a circumstance? Probably not. In a similar way, the societal pressure to find lasting romantic love in your 20s or 30s can feel fear-inducing or even suffocating. And when you make choices from a place of fear, you bring that energy to the experience.

You might respond to the fear of not finding a partner by attempting to escape it with more and more dates, but that very impulse is what can cause you to act out of alignment with your true values. If something doesn’t feel right or good, that is not a sign to do it harder; it is a sign to pause and course-correct by figuring out what you might need, instead, at that moment. In the realm of dating, that could be emotional connection, intimacy, or simply a reminder that the pressure to date has been created and reinforced, again, by the “dating industrial complex” and is not something inherent about dating itself.

4. Do I want to live a life that is centered on romantic or platonic love?

Love and devotion can also be found through friends, neighbors, and coworkers. The problem isn’t with prioritizing these relationships; it’s with ascribing to a culture that does not.

If you grew up in a heterosexual or monogamous household, it may be difficult to think outside of those norms. But that doesn’t negate the fact that a different relational structure might better align with your values or desires. Consider arrangements that are not based on the idea of a nuclear family, where all needs are met by one romantic partner inside the home. What comes up for you as you think about what it would be like to raise a child with a friend and not a romantic partner? Or, to separate your sexual relationships from your emotional ones? Simply thinking about alternate ways of dating and child-rearing may help destabilize the monolithic idea that happiness can only be derived from coupledom.

5. When I am focused on romantic love, what am I not nurturing in my life?

When you are in a state of focusing solely on romantic partnership, you are also naturally divesting from other aspects of what makes you who you are and what brings you joy. Which hopes and dreams might you be putting on the back burner when you’re focused on dating? What would you be doing, where would you travel, and what would you change about your life if finding a partner was not a goal right now?

Exploring these questions could point you toward a more fulfilling future—whether that means turning your attention toward other things now and searching for a partner later (when that feels like an honest priority), or choosing to lead a life without ever actively seeking out a partner.

Rhaenyra and Daemon Targaryen’s Relationship in the Books