Unblock Your Stuffy Nose in 15 Seconds With This Trick 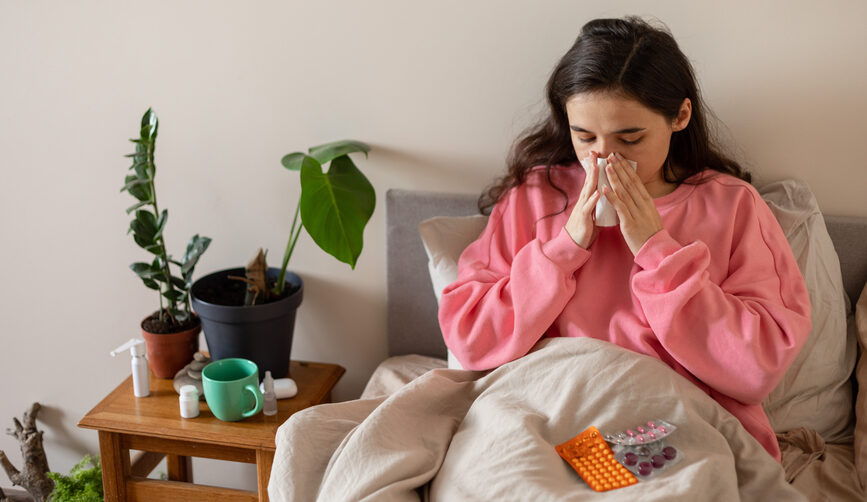 It’s hard to believe it’s here already, but ‘tis the season… cold and flu season that is. And with it comes common symptoms like congestion, body aches, a sore throat, or a stuffy nose. Even if you’re not under the weather, nasal congestion can occur anytime of year from any number of causes such as  allergies, enlarged adenoids, spicy foods, stress, or even hormonal changes—basically anytime anything irritates or inflames the inner lining of the nasal tissue.

There are several ways to unclog a congested nose, from nasal irrigation (think: Netti Pots) to medication to good ol’ fashion tissues. But if you’re looking for a quick fix, a video by licensed massage therapist James Moore has been making the rounds on Instagram.

How to unblock your stuffy nose

The viral clip sees Moore use one hand to pull his nose over to one side before using his opposite thumb to push the space between the nose and his cheek in and up for a few seconds.

Alan Mandell, DC, better known as Motivationaldoc on TikTok, shared a similar, yet more complex, method for unblocking a stuffy nose and opening the breathing passages. In his video, the chiropractor explains that the idea is to decompress the cheekbones by spreading them apart.

Rather than decompressing the cheekbone in one place like Moore, Dr. Mandell does so in three different areas: the top, middle, and bottom. He recommends holding for five to six seconds in each spot before moving on to the next. “Immediately thereafter, take a deep breath, hold your nose and bring your head back until you cannot hold it anymore,” he says. “When you can’t hold it anymore, let go of your nose and take a deep breath and feel what happens.”

Other home treatments to unclog your nose

When you’re blocked up, it’s important to keep your nasal passages and sinuses as moist as possible. Having a dry environment will irritate the membrane further. This is why keeping your fluids high when you’re sick is important—as it thins out the mucus and opens the sinuses.

You can also use a vaporizer or humidifier, take a warm shower with steam, use nasal sprays, and place a warm wet towel on your face. If your nose remains stuffy for more than 10 days, speak with your healthcare provider.