The Spiritual Significance of Throwing Rice at Weddings 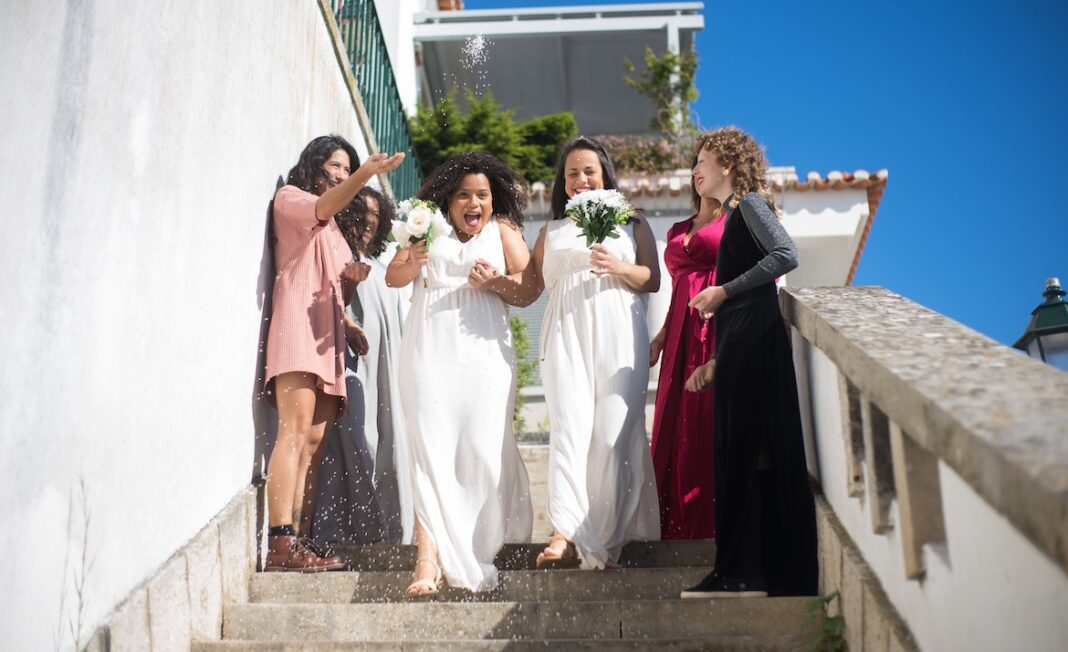 There are approximately 2.1 million marriages in the United States each year. While marriage is a formal and legal commitment between two emotionally connected individuals, the institution used to look different. Historically, marriage typically happened to ensure economic liaisons, bear children, and maintain land and power between families. The first reported wedding dates back to 2350 BCE. Since then, many traditions have come, gone, and come back again—including the rice toss.

What is the rice toss?

The rice toss dates back to ancient Roman times as a symbolic wish of prosperity, fertility, and happiness to the newlywed couple. As the married pair exit the ceremony, guests shower them with grains of uncooked rice.

The spiritual significance of rice and rice throwing

Rice is an ancient symbol of wealth, fertility, and good health. So when rice is thrown at a wedding, it’s seen as a lifetime blessing of good fortune.

While the spiritual significance of wealth, fertility, and good health is universal, different cultures have had their own take on the toss. For instance, in Italy, the ancient Romans threw wheat before moving to rice in the Middle Ages. Today, many Italians also shower the couple with candy and sugared nuts, representing an extra-sweet marriage.

Priya Patel, an Indian wedding planner and founder of Xquisit Events, shares that while rice is an overall symbol of blessings, the uses vary. “In a South Indian wedding, rice is a huge part of the ceremony and is used in so many different aspects,” she says. “Those having a North Indian wedding only use it once—and that’s if they even believe in the tradition at all.”

According to a 2021 YouGov survey on wedding traditions, 44% believe the practice of throwing rice as the couple exits should be preserved. In line with 33% who think it should be eliminated, the tradition has decreased in popularity over the past few decades.

“It’s not really a thing anymore,” says Sonal J. Shah, founder and CEO of Sonal Shah Events. “They used to do it a lot more back in the day for purity, but now have switched to things like petals, which are better for the birds.”

In 1985, “An Act Prohibiting The Use of Uncooked Rice At Nuptial Affairs” was passed in Connecticut. The bill stated that “no person shall throw, fling, cast, or hurl, any uncooked rice at any time during the celebration of any marriage,” in order to “prevent injury and death of birds as a result of ingesting raw rice thrown at weddings.” There was no scientific backing to the bill, and despite the false rumors that birds can explode if they eat the rice, the Act set off a widespread negative impact, leading to many excluding the toss from their ceremonies.

Other reasons for the decline in rice-tossing include concerns over slipping hazards, various reports of rice getting stuck in the couple’s ears, and the difficulty in cleaning up the mess. (Many wedding venues either ban rice or charge extra fees solely for its cleanup.)

Why is rice tossed only at weddings?

While there’s no set-in-stone reason as to why rice throwing is exclusive to weddings, Katie Hall, founder, and CEO of Best Day Ever LA, shares that a big part is in the power of the people. “By doing it at the wedding, the couple is essentially asking for everyone who’s in attendance to shower them with strength, fertility, and blessings,” she says.

Hall adds that in her experience, the rice toss isn’t common, but she sees alternatives such as mixing sand into one glass, lighting sparklers, throwing biodegradable confetti, and passing objects around. “I’ve had some clients, during the ceremony, start with something in their hand, like a rock, and they will give it to the first person and ask them to pass it on,” she shares. “In the end, every single person there touches it and the couple can bring it home. When they’re going through rough times, they can hold it and say, ‘These 150 people were witnesses to the fact that we love each other and are our advocates.’”

Getting the College Recruiting Process Started: Some Early Steps