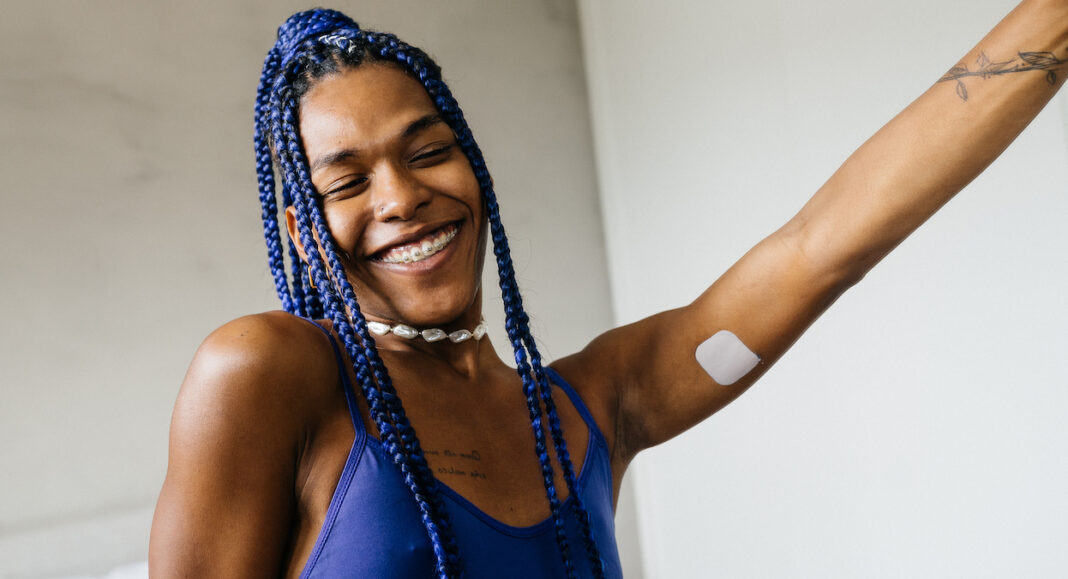 Back in 2004, when men’s and women’s grooming and skin-care products were strictly divided into a dichotomy of male versus female—and packaging was either blue or pink to prove that point—Andrew Goetz and Matthew Malin launched Malin + Goetz. The unisex line had clean, non-descript packaging and the focus was on the efficacy of the products, not who was using them.

“As we were developing our business, we were looking as to how we could remain unique and fill a void in the marketplace, and partly that had to do with the fact that most of beauty was focused on women,” says Malin. “There was a small, growing segment at the time focused on men. There wasn’t anything that lived in the space where it was genderless or unisex.”

18 years ago, this gender-free approach to personal care was a game changer. But now, the aisles are becoming increasingly less divided into “male” and “female”—and it’s unisex scents that have stolen the spotlight.

The future of fragrance is gender-ful

Until recently, “masculine” fragrances were often woodsy, aquatic scents represented by a campaign featuring a rugged guy manning a sailboat, while women were expected to smell like dainty florals or sultry and sexy.

“In the ’70s, ’80s, and ’90s, fragrance was genderized because it was used as a seduction tool—more specifically, a heterosexual seduction tool,” says Steve Mormoris, CEO of Scent Beauty, which partnered with The Phluid Project to launch a line of gender-inclusive fragrances in the fall of 2020. “… But what’s interesting now is that consumers are instead using fragrance to create an individual signature. It’s akin to getting a tattoo or wearing a special piece of jewelry or an article of clothing that belonged to a grandparent or an ex-lover—It’s just another element of signature.”

The idea of “for everyone” fragrances may feel new, but it’s actually rooted in a centuries-old beauty tradition that dates back long before Calvin Klein launched its unisex CK One ($65) perfume in the ’90s. “If you look at apothecaries 100 or 200 years ago, you didn’t walk in and say, ‘I’m a man, give me a man’s treatment,’ or, ‘I’m a woman, give me the woman’s treatment,” says Malin. “You walked in and said, ‘Here’s my issue,’ and the chemist made something up for you in a bottle. That was what we were trying to communicate with our back-to-basics approach.”

Now, traditionally masculine notes like patchouli and leather are featured in women’s perfumes while classically feminine notes like rose and white florals are found in cologne—and people across the board are flocking to scents that shirk gender expectations. Case in point? When Malin and Goetz launched its Strawberry Eau de Parfum ($95) in 2021, the founders had a hunch that the scent would be more popular with women than men. But they were in for a surprise: It was an even split.

This shift toward gender-neutral fragrances comes at a time when the world well beyond the beauty industry is reconsidering its approach to gender: A 2021 study conducted by the advertising agency Bigeye found that 50 percent of Gen-Zers and 56 percent of millennials consider traditional gender roles and binary gender labels outdated. And as consumers have begun to challenge the stereotypical ideologies of “male” and “female,” perfume offerings have stepped up to meet them.

“We use the word ‘genderful,’ which is the opposite of genderless,” says Matthew Herman, the founder of Boy Smells. “That can be very neutering and it’s like let’s not recognize that gender exists at all. I like ‘genderful’ because it shows a wholeness about masculinity and femininity and celebrates the diversity of gender. People are using ‘gender fluid’ more for brands—I like that word a lot too.”

How brands develop fragrances that feel like they’re for everyone

Formulating fragrances that transcend gendered expectations doesn’t come without its challenges. “It’s like music: Our perfumers are like composers who are trying to avoid cliché pop riffs or classical music refrains that they grew up with, so they had to think outside of the box to create a combination of scents that conjure something completely different than ‘masculinity’ or ‘femininity’ in a traditional sense,” says Mormoris.

“We’re grounded in the idea that we can reconstruct gender ideas and stereotypes, and part of the reason why Phluid is spelled with a ‘ph’ is because every one of us can find balance… in masculinity and femininity and all of the attributes that come with being masculine and feminine,” adds Rob Smith, Phluid’s co-founder and CEO.

Boy Smells, which launched in 2016, was designed with a similar ethos in mind.  “When we decided to make Boy Smells, we called it ‘Boy Smells,’ but put it in a pink box, and it’s a statement of, ‘I love the color pink, there are aspects of my identity that are feminine, but I’ve been told by society that I should cut that out of my identity because I’m a man,’” says Herman. “For me, it was reclaiming space to create these candles and fragrances that mix traditionally masculine and traditionally feminine together to reflect the complexity of a much more modern identity than what has come before.”

Ultimately, everyone—no matter where they fall on the gender spectrum—is being invited to the perfume party, and there’s a lot more nuance when it comes to gender and scents. “Our fragrances reflect the identities of my friends, the people that I follow on Instagram, and the people that are that are important to culture today,” says Herman. “Identity is a much more diverse, layered, and interesting canvas than it used to be. Fragrance is catching up to that level of diversity, and hopefully feeling more inclusive.”

With top notes of fruits and florals (rhubarb, tulip, and wild orris) and woodsy bases (vetiver and cashmere woods), this scent gives you the best of both worlds. “It’s very wild and untamable,” Herman says. “But then the powdered musks give this softness and luxury to it. That unbridled sophistication is very cool.”

Strawberry is rounded out with top notes of bergamot and pink pepper; a heart of jasmine and woodland greens; and a base of cedarwood, oakmoss, captive musks and orris root for an unexpected interpretation of the favorite summer fruit.

“When you look at the name, there’s something inherently cliché about it,” says Goetz. “The first thing people think about is something cloyingly sweet with vanilla—you know, a teenage girl from suburbia. When we named it Strawberry, we fully knew that and that was very intentional, because when you discovered this fragrance, it was exactly the opposite. There’s nothing sweet or cloying about it. It’s actually incredibly sophisticated with green undernotes. When we named it Strawberry, we were poking fun at the world at large and being a little cheeky.”

Byredo’s unisex scents span perfume, home fragrance, and bodycare, and the brand’s combination of thoughtful chemistry and Scandinavian design have elevated it to peak popularity. This mystical scent is an homage to Romani culture, and has earned a following for its blend of woodsy notes like juniper berries and pine needle juxtaposed with lemon, pepper and vanilla.

“Transcend is a much more gourmet, fruity-floral fragrance because it’s about breaking barriers, breaking boundaries, and establishing yourself as an individual in spite of all the stereotypes that you grew up with,” says Mormoris. By pairing light fruits and florals with grounding notes like Palo Santo, the resulting mix delivers the sort of scent harmony that you can expect from all of Phluid’s products.

Elsewhere in the beauty world, Rihanna has been working to make products feel less gendered (when she launched Fenty Skin in 2020, she famously Tweeted, “Whoever told you skin care has a gender, LIED to you!”) so it makes sense that her signature scent is similarly unisex. A true head-turner, this fragrance been a crowd favorite ever since Maison Francis Kurkdjian and Baccarat decided to celebrate the crystal manufacturer’s 250th birthday by creating a delicious amber woody scent.

DedCool Founder Carina Chaz created the brand’s first fragrance, Taunt, as a way to feel more comfortable in her own skin. “The vanilla mixed with amber notes really helped me explore my feminine side,” she previously told Well+Good. “When creating the Dedcool concept, Fragrance 01 Taunt and Fragrance 02 were the first two to launch as I envisioned women to wear masculine scent profiles while breaking down that gender construct.” The scent is now part of a larger line of fragrances, all of which strike the perfect olfactory balance.

Though bergamot has traditionally been a staple in floral, “feminine” fragrances, Off-White reinvisions its potential by blending it with vetiver and patchouli for a result that’s meant to “smell like sand.” It launched this summer alongside three other perfumes and a line of gender-inclusive makeup that marks the brand’s first foray into beauty.

Le Labo’s Santal 33 was designed to evoke a feeling of personal freedom. Though it blends woodsy, musky, spicy, and leathery notes, which have traditionally been associated with masculine fragrance, the final product feels just as un-gendered as the brand intended.

Snif’s line of gender-inclusive fragrances are so delightful, it’s hard to choose just one. This three-pack includes Burning Bridges, a smoky-sweet tobacco-vanilla blend; Natural Talent, a grounded-yet-bright earthy fruit scent that mixes apricot and soft suede; and Show Pony, a spicy floral. The brand allows you to test its products before you commit to them (you’ll only be charged for what you decide to keep), but you’ll almost certainly want to keep these three signature-worthy scents on rotation.

6 Fun Ways To Get Kids Excited About Healthy Eating