The 5 Most Common Questions People Ask a Sleep Doctor 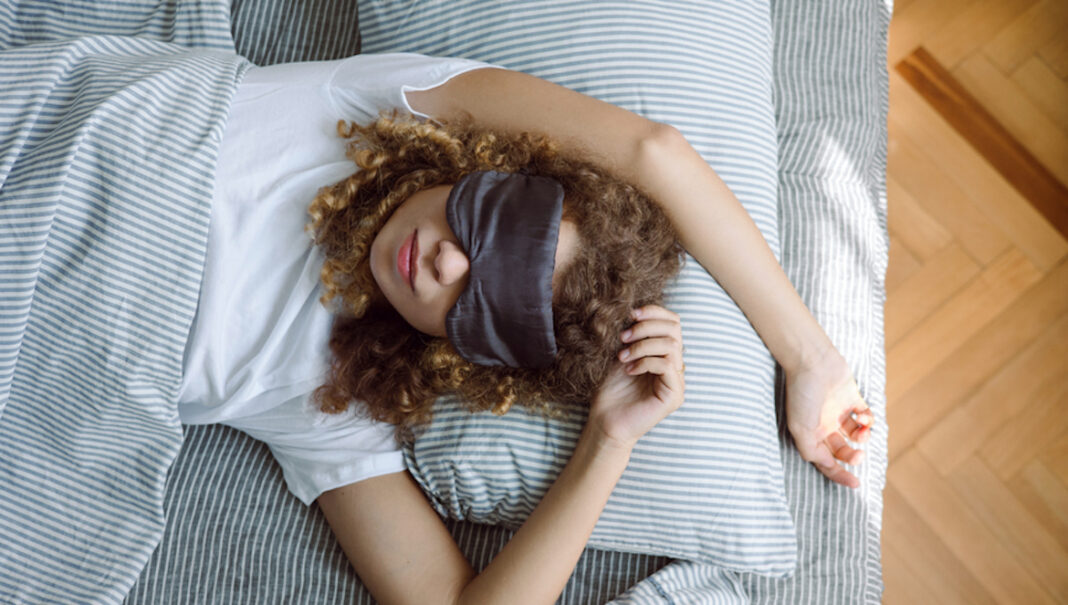 The importance of sleep is hardly new, but it seems like folks have been waking up to the importance of the biological function in the past few years, especially. Now, sleep is a good-health hallmark rather than something busy folks dismiss as a passive phase that can be shortened or even skipped without consequence. And with an ever-growing body of research shedding light on its brain, heart, and other benefits, people have a lot of questions about how to do it most effectively.

As this shift in understanding has entered the collective conscience, particularly during a time plagued by sleep issues (corona-somnia, anyone?), people have taken to the internet with their sleep questions en masse. And for sleep psychologist Shelby Harris, PsyD, the new wave of interest is welcome: After all, fielding common questions about sleep is a major part of her job.

Below, Dr. Harris shares the most common questions about sleep that she gets asked on the daily by patients in her practice, her friends, and social-media followers—as well as the answers she’s constantly doling out in response.

The 5 most common questions that people ask a sleep psychologist

1. How do I get my significant other to stop snoring? It’s waking me up!

Few things are more annoying than getting roused from slumber by the rumble-honk of a snore. But before you start making any suggestions to your partner for how they might stop snoring, Dr. Harris says it’s important for them to get screened by a sleep doctor for sleep apnea (a condition in which breathing periodically stops and starts), given that snoring is a common symptom.

If the root issue does turn out to be sleep apnea, the treatment will typically look like using a breathing assistance device at night, like a CPAP, which a sleep doctor will prescribe. But if not, there are plenty of over-the-counter snoring solutions—like mouth guards and nasal dilators—that you can suggest to a snoring partner. There are also mouth and throat exercises to strengthen the muscles in the upper airway, which tend to be lax or loose in folks who snore.

Additionally, if you find that your partner only seems to snore when they’re sleeping on their back, Dr. Harris suggests positional therapy using a device like the Sleep Noodle. (With this “snore belt” strapped on, your partner will not be able to easily roll onto their back mid-snooze, meaning they’re more likely to stay in the side-sleeping position where they don’t snore.)

You can also take some steps to block out the sound of the snoring while your partner is doing their part to snore less. “I often recommend trying things like a white-noise machine, earplugs, and a larger bed,” says Dr. Harris, “and the person who’s the snorer should avoid things like alcohol and sedating medication before bedtime, as both can worsen snoring.”

“Separate sleeping arrangements can take away the resentment that many people feel toward a partner who wakes them up at night.” —Shelby Harris, PsyD, sleep psychologist

If all of the above fails, you can also consider sleeping separately from your snoring partner. “Separate sleeping arrangements can take away the resentment that many people feel toward a partner who wakes them up at night,” Dr. Harris says. Just be sure that the sleeping arrangements are “fair and equal,” she adds (so, one person isn’t on an uncomfortable couch while the other is in a bed), and be sure to make time for cuddling, intimacy, and sex in one bed before you go your separate ways each night.

This way, you’re not losing the sense of connection that sharing a bed can bring, but you’re also ensuring that you’re well set up to get a full night’s sleep. “I see this as people valuing their own health as well as the health of their partner, which has the potential to strengthen the relationship overall,” says Dr. Harris.

2. Do you ever have sleep problems?

As it turns out, it’s only natural to be curious whether the sleep doctor has any sleep issues of their own. And in Dr. Harris’s case, the answer is “sometimes.”

“I’m a human being who is going through perimenopause with two kids and a full time job in a pandemic,” she says. To be sure, just being in perimenopause alone would put her more at risk for sleep issues, given the hormonal changes of the menopausal transition can trigger night sweats and interfere with a person’s sleep-wake cycle.

Even so, Dr. Harris says she does practice what she preaches in terms of general sleep hygiene. (That is, no alcohol, exercise, or heavy meals within three hours of bed; no caffeine within eight; and no blue light within an hour, if she can help it.) “Rarely do I have more than a night or two of poor sleep each week,” she says. “I aim for five nights a week, on average, where I’m content with my sleep.”

3. Do your kids sleep well?

Part of the reason why Dr. Harris typically clocks good zzz’s is the fact that her kids usually do, too. “There’s the occasional nightmare, or sleepwalking episode, or sleep stalling [when kids try to put off bedtime], and the sick nights where they’re just up all night,” she says. “But for the vast majority of nights, they’re great at sleeping.”

Dr. Harris credits this to having modeled a good bedtime routine for her kids and aiming to keep theirs as consistent as possible. Both factors are best practices when it comes to resting easy with young kids.

While there are certainly people who analyze the meanings of dreams (e.g., dream decoders or interpreters), dream analysis is not part of behavioral sleep medicine and is therefore not something that Dr. Harris does, despite this being one of the most common questions about sleep she gets.

What Dr. Harris does do in the realm of dreams is help people who are having frequent nightmares that are interfering with their sleep quality. “We do not rehash and analyze the nightmares, but instead, we use treatments like imagery rehearsal therapy to re-script them,” she says.

This technique involves envisioning a nightmare in rich detail, perhaps even writing it down, then changing parts of it (including the bad ending) until it is no longer frightening and imagining the newly edited version a couple times a day for a few weeks.

The idea is that the brain eventually gets more accustomed to the alternative dream’s narrative, swapping it in for the more distressing one even when you’re asleep and not consciously thinking about it. And, in fact, over the course of a few weeks, this process has been demonstrated in a few small studies to reduce nightmare frequency and severity.

For the most part, Dr. Harris personally sticks to the sleep advice she gives. (After all, as a sleep doctor, she’s intimately aware of the potential detriments of not getting good quality and quantity of sleep on a regular basis.) But if there’s one rule she occasionally breaks, it’s the alcohol one.

“Sometimes, I have a glass of wine or two close to bedtime when I’m out for dinner with friends,” she says. “I know it’ll throw off my sleep, but I accept it and then just move on and know the next night will be better.” Though it might not seem like much, that attitude can actually go a long way toward mitigating any lasting sleep effects from a single bad night (whereas worrying about sleep or any sleep loss you may have incurred will only set you up to toss and turn).

8 Unique Pools Around the World