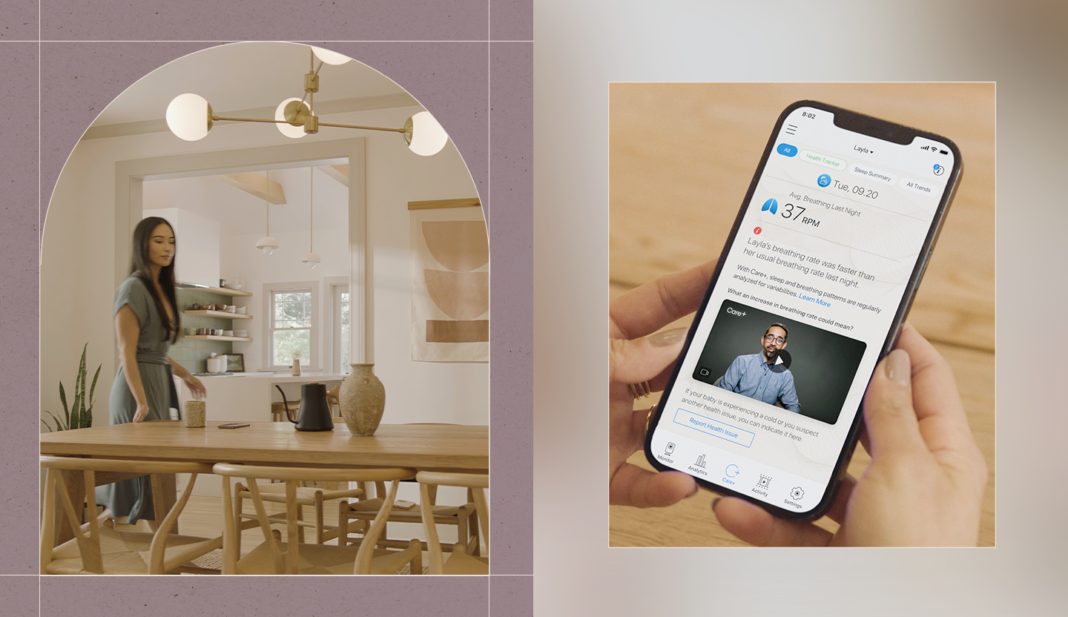 As trite as it may sound, when my son was born this past July, I instantly felt a connection with him that paralleled nothing else in my life to that point. I’ve been lucky enough to have no shortage of love in my life either, with family, friends, and my husband. But with my baby, it was simply… different: I missed him when he slept. Heck, I missed him when I slept (even if I was hardly sleeping as often as optimal).

In addition to missing him while he slept, I worried about how he was sleeping and whether everything was okay—which is why the Miku Pro Smart Baby Monitor ($399) was an easy choice for keeping tabs on him.

“The Miku Pro is the only contact-free and wearable-free smart monitor on the market to track your child’s breathing and sleep patterns,” says Johann Fernando, PhD, CEO of Mikucare. And now with the new Care+ app feature (more on that below), parents can keep track of all that data in a convenient dashboard that makes your child’s health and wellness easier to understand.

Miku works using Wi-Fi and its own app to display a video monitor directly on your smartphone, meaning no matter where you are, if you have your phone on you, you can see what your baby is up to in bed. (That said, it is crucial that you have a reliable Wi-Fi connection in your home to make sure the video stream doesn’t cut out or buffer.)

During my son’s first few weeks, especially, I found myself peeping in on him via the Miku app quite frequently, though I was mere feet from his bassinet. Now that he’s in his crib in a completely different room, having a trustworthy window into his sleeping patterns has been at once informative and worry-reducing.

Having a trustworthy window into [my baby’s] sleeping patterns has been at once informative and worry-reducing.

The app’s main monitor function tracks the baby’s respiration per minute (RPM), shows when movement is detected, and allows a pinch-to-zoom video-display feature so you can get up close and personal with the image of your baby. It also shows the temperature of the room and humidity level, which is helpful for ensuring the baby’s sleep environment is one in which they can thrive. And in addition to having a sound button you can turn off or adjust (in case you want to just look at your baby, rather than hear as well) and a two-way microphone that lets you speak to your baby via the monitor through your phone, the Miku Pro offers alerts for “no movement,” sound, and awake/asleep notifications.

While I do believe there is such a thing as information overload, what I’ve especially enjoyed about using the Miku Pro is that even within the three months since my son’s birth, the way in which I use the functions have shifted. And given that it’s able to track breathing and sleep patterns for kids up to 10 years of age, I imagine I’ll continue to shift in the way I use it, and—honestly—rely on it for years to come. That variability of use is no design coincidence, either: “As your child grows, certain features will provide more value to you than others,” says Dr. Fernando.

For instance, my son is currently going through a sleep regression. Two weeks ago, he was sleeping through the night so well that I found myself feeling too guilty to answer honestly when other new parents would ask us how he’s sleeping. This internalized smugness caught up to me, and now he’s waking up three or four times a night. As unbelievable as it may sound, my husband and I often now wake up in the morning and can’t remember what happened in the twilight-zone overnight hours. That is, we have no idea which of us got up to comfort the baby or how many times. That’s where looking back at the “Activity” window of the Miku has become so helpful. It automatically records periods of movement (or “activity”), which allows parents to track what the heck happened during a night of sleep so they can extrapolate patterns.

How the Care+ feature works

The monitor’s latest tracking feature doubles down on the value it can bring to parents in the realm of identifying sleep and wellness patterns in their baby. Care+, which officially launched on November 1, captures sleep and breathing data and presents them as easy-to-digest trend graphs, among other features like a specifically targeted notification that tells you when there’s an important change in your child’s regular sleep and breathing patterns.

Does it provide a lot of information that I don’t use yet? Yes. Is that a knock against my Miku baby monitor review? No. In fact, the breadth of information is intentional; according to Dr. Fernando, there’s no need to feel pressured to use all of the device’s capabilities. Rather, they’re available to support and empower parents. “With smart devices today, it’s easy to get overwhelmed with data and information,” he says. “You can choose if you prefer to check daily metrics, or maybe you only need to review weekly trends.”

That stance is in line with how I’ve come to enjoy using the Miku Pro: Simply use the features that I find helpful at any given time to facilitate worry-free sleep for me and my baby, too.

🌿 Self Care Reset | 10 Ways to Take Better Care of Yourself