How To Use Cinnamon for Abundance in Your Home 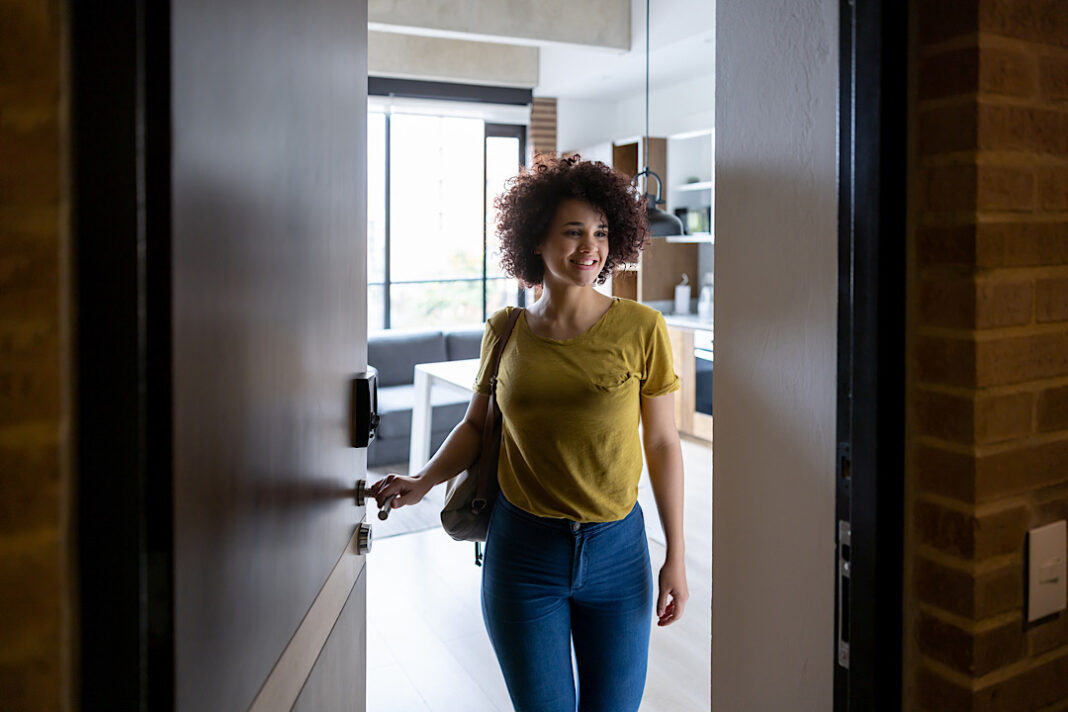 There’s no denying that cinnamon is the real MVP of everyone’s spice drawer. It’s sweet, warming, comforting, and smells like Christmas. You can cook with it, bake with it, and make cinnamon soy lattes. It’s an anti-inflammatory spice to boot and good for brain health.

Another reason to love cinnamon and keep it handy at all times: It’s believed to help attract abundance and prosperity into your life. If you’ve fallen down the TikTok rabbit hole recently, you may have come across videos of people sprinkling cinnamon by the front doorway of their homes to use cinnamon’s potent powers to draw in abundance.

Intrigued? Below, we chatted with Meghan Rose, a spiritual advisor and tarot reader, to learn more about the trending ritual and tips on how to do it because we can all use some more abundance in our lives.

Although this cinnamon ritual has only recently gone viral on TikTok, the practice of using cinnamon to attract prosperity dates way back. “Cinnamon has been deemed by ancient Egyptians, Romans, occultists, spiritualists, and Ayurvedic practitioners as a healing agent with high vibrational qualities that attract prosperity and abundance to those who use this powerful spice,” Rose says. “Because it’s an antiseptic, it clears stagnation and blockages that keep abundance away from you.”

So why do you have to spread it by your front doorway specifically? “Doors, in esoteric practice, represent the portal between the outside world and our internal, spiritual space,” Rose says. So by spreading cinnamon at the front door, you’re essentially attracting prosperity into your household.

Like with all spiritual practices, there is no guaranteed result, Rose says, meaning don’t expect to become a millionaire overnight from doing. But, she adds, if you approach it with an open heart, the evidence of more abundance can quickly show up in your life. Maybe it’ll be in the form of literal money flowing in or abundance in one of its many other forms like more energy, gratitude, love, fun, or joy.

How to do the cinnamon front door ritual for abundance

Do this ritual on the first of the month

Rose says doing the cinnamon ritual on the first day of every month is ideal as it’s associated with new beginnings. “Metaphorically, when we see the first of the month, it represents a new chapter/period of time,” she says. “So if we are hoping to start a new chapter with abundance, it simply amplifies the intention of starting anew.”

Set an intention out loud

Intention is key when doing any kind of spiritual practice, this one included. Start by heading to your front door with some ground cinnamon in hand. Then set an intention for this ritual. “The intention sets the tone and lets the universe know exactly what you want,” Rose says.

If those words don’t resonate with you, tweak them so they’re more your vibe. Rose shares other examples: “I blow this cinnamon to welcome abundance into my life” or “I welcome abundance into my home. My home is a magnet for abundance.” The key, Rose says, is that the intention states that you are opening your home and heart up to attract and receive abundance and will continue attracting it even after the ritual is complete.

Ideally, Rose recommends saying your intention out loud. “When you say the intention aloud, it amplifies the energy that you are ready to receive and confirms to the universe that you are unafraid of the abundance coming to you and your home,” she says. She adds that the most important thing is to do what is aligned for you, so if repeating it internally feels good, do that.

Blow the cinnamon into your home

Next comes the fun part: literally blowing cinnamon (and, in turn, abundance vibes) into your home. Rose instructs placing about a tablespoon of ground cinnamon onto the palm of your non-dominant hand, standing outside your open front doorway facing inside, and blowing three times to sprinkle the cinnamon.

Some people also mix salt with cinnamon for this ritual. “Salt is a protective agent in ritualistic practice, so combining cinnamon with salt will help to protect you and your blessings from outside forces, so they do not get derailed as they make their way to you,” Rose says. This is optional, though.

Because you’re using a very small amount of cinnamon, you don’t have to worry about making a big mess. So, Rose says there’s no harm in leaving the cinnamon as it will be unnoticeable. However, if you do have the urge to clean it up afterward, she suggests waiting until at least the next day, so the ritual and its power have time to fully settle into your home.

Other ways to use cinnamon to attract abundance

If you don’t want to sprinkle cinnamon around your door front, there are other ways you can reap its abundance-boosting benefits. Rose suggests cleaning out your wallet to help clear any stagnant energy and lightly dusting some ground cinnamon inside your wallet to amplify your earning potential. Bonus points if you sprinkle it on silver coins.

10 Easy Customer Pleasing, Sales Increasing Tips to See You Through 2022