How To Reap the Mental-Health Benefits of ‘Future Thinking’ 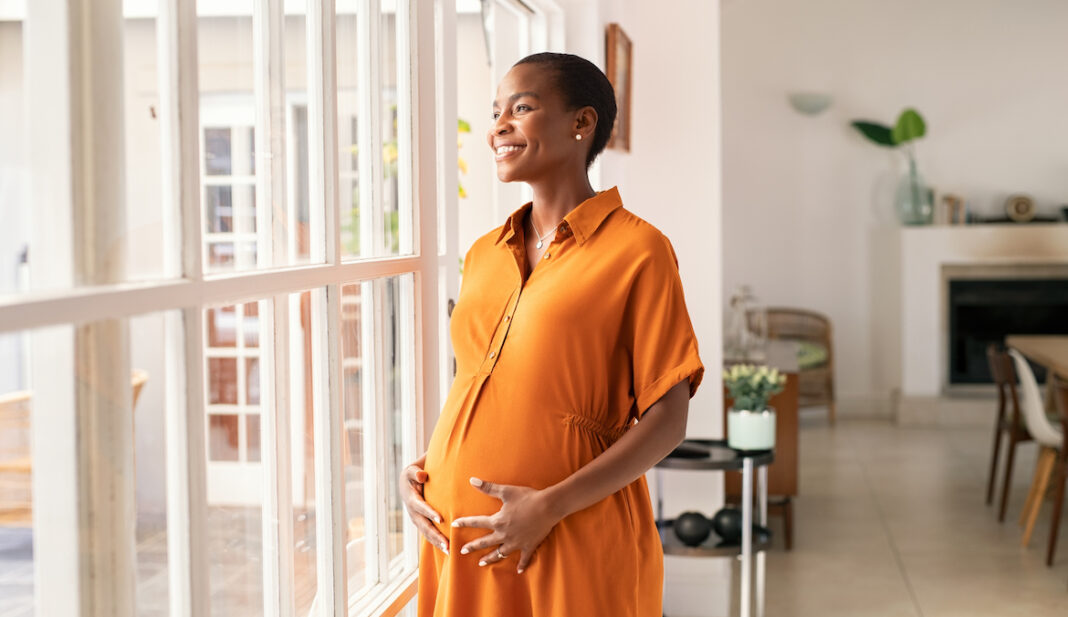 You can likely intuit some of the ways that thinking about the future can benefit your life. Consider, for instance, how future–you might thank present-you if you were to save money for a bucket-list trip or even just prepare enough food on a Sunday to have lunches all week long. But according to research in the realm of positive psychology, the benefits of a certain type of future-focused thinking called prospection can extend to how you feel right now, leaving you more optimistic and empowered on the path toward your future goals.

Understanding how prospection can influence your current mindset requires thinking about, well, thinking. If you were to just picture a future reality and stop there, you technically wouldn’t be prospecting. With prospecting, you’re considering various potential futures in a way that guides your present actions. “Prospection is the mental process of imagining and evaluating future possibilities, and then using those projections to decide what you’re going to do,” says psychiatrist Gabriella Rosen Kellerman, MD, co-author of the forthcoming book TOMORROWMIND: Thriving at Work with Resilience, Creativity, and Connection—Now and in an Uncertain Future.

The psychological benefits of thinking about and planning for the future

The act of prospecting has a built-in optimistic edge to it. Being able to envision various possibilities for the future increases the chance that some of those scenarios will be positive ones. In fact, researchers who’ve studied prospection found that it happens in two phases, the first of which naturally leans in that optimistic, exploratory direction, says Dr. Kellerman. “As you begin prospecting, your imagination takes hold, and you start to ask yourself, ‘What do I want the future to hold?’ and ‘What hopeful outcome might happen?’”

Before the die-hard realists and pessimists out there pipe up, you should know that it’s a good thing to spend time in that wholly optimistic headspace. “It might seem like pessimism is somehow protective to you, like, ‘Oh, I’m just being realistic, and if anything goes wrong, at least I’ll be prepared,’” says Dr. Kellerman. “But it’s actually not good for our brains and bodies to operate in a pessimistic space.”

Whereas pessimism has been correlated with lower life satisfaction, negative affect, and depressed mood, optimism has been connected not only with a more positive emotional state, but also with a greater investment of effort toward a future goal. It’s likely for that reason that being optimistic has also been linked, in multiple studies, with longevity: When you’re more hopeful about your own future, you’re just more likely to expend the time and energy necessary to make it there successfully, obstacles notwithstanding.

By considering the future possibilities of your life, you’re also bound to come up with different avenues that you might not have normally considered or that deviate from your present direction, “which yields greater opportunity for innovation and for outsized returns on the present moment,” says Dr. Kellerman. “This can also help you train yourself to view uncertainty as an opportunity versus as a threat.”

“Being able to prospect about the future is a strategy to develop agency amid all of today’s volatility.” —Gabriella Rosen Kellerman, MD, psychiatrist

The benefit of that outlook can’t be overstated in a time dominated by uncertainty. “One of the defining features of our era is the fast pace of change,” says Dr. Kellerman, “which means we’re at risk of feeling vulnerable or even victim to change, which can, in turn, create fear and helplessness.” Being able to prospect about the future—that is, to forecast different outcomes and act accordingly—is a strategy to develop agency amid all the volatility, she says.

Figuring out how to actually move toward the most desirable future outcome is the second phase of prospective thinking. This planning part tends to last longer, says Dr. Kellerman. (The instinctive optimism of phase one is followed by a cautious evaluation of potential obstacles in phase two.) “In this phase, you’re assessing the different possibilities that flashed through your head in phase one, determining which is best to pursue, and getting into the details of how you might do so,” says Dr. Kellerman. “It’s more deliberative, evaluative, and realistic.”

At this point, future thinking can get a bad rep. If you hang out for too long in that evaluative phase, after all, you might start ruminating on all the possible outcomes or become overwhelmed by the hurdles you foresee blocking a favorable one. But these thought patterns are actually cognitive biases, says Dr. Kellerman, which can be avoided with techniques for healthy prospection (more on that below).

While this second, planning-centric phase of prospection does pose the risk for anxious thoughts about the future, it also offers a key psychological benefit when done well—namely, the ability to motivate you to achieve your goals.

According to research on future thinking and goal attainment, being optimistic about a future outcome (phase one) isn’t enough on its own to get you to commit to it. You also have to be able to “mentally contrast” your reality with the future reflected by the goal in order to see the obstacles standing between where you are now and where you want to be, and to be “energized” to overcome them. That’s exactly what you can achieve with the practical second phase of prospection, so long as you don’t lose your initial optimism or get stuck in rumination along the way.

The optimism that comes with phase one of prospection is “authentic and automatic” and “can serve as a source of resiliency in the face of change,” says Dr. Kellerman. Her best advice for healthy future thinking is to really embrace phase one. “Leaning into that positive energy is something that we can do intentionally by staying in that exploratory mindset, by trying to push our future thinking further and to more divergent places than we might normally go,” she says. In other words? Really flex your imagination.

“If you can’t imagine it, you’re unlikely to go after it, and it’s also unlikely to just fall in your lap.” —Dr. Kellerman

“If you can’t imagine it, you’re unlikely to go after it, and it’s also unlikely to just fall in your lap,” says Dr. Kellerman. That’s why it’s important to identify where the limits of your imagination fall and choose to be more expansive about the futures you envision, while also genuinely believing that there’s a way to go about achieving them, she says.

If you’ve ever experienced a burst of creative genius when you were least expecting it, like in the shower or while on a walk, you already know the power of daydreaming or mind-wandering. When the brain goes stream-of-consciousness mode—which it does by default whenever you’re not focused on a task—you can form connections and come up with ideas that simply wouldn’t have occurred to you in a task-oriented mindset.

“There’s a lot of serendipity that happens when we’re daydreaming, which is why our daydreams surprise us,” says Dr. Kellerman, “and if we allow ourselves to explore that network, we can also land on future goals that we might not have otherwise developed.”

For example, consider someone who’s future thinking about their career and comes up with three things they want to do next. “I would suggest that they try to come up with a fourth idea not just because the fourth thing might be something they want to do someday, but because coming up with a fourth could trigger a fifth, sixth, or seventh, or nuances of the first three that they wouldn’t have thought of if they didn’t push themselves into that space,” says Dr. Kellerman. “You’re trying to activate this rich body of ideas and associations and connections that’s available to you.”

If your mind only goes to the worst-case scenario, you’ll get stuck awaiting doomsday at every turn (and bar yourself from the benefits of future thinking). To combat this tendency toward catastrophizing, Dr. Kellerman suggests practicing an exercise she calls “putting it in perspective,” which involves coming up with both best-case and neutral possibilities for an unknown outcome that appears bleak at first blush.

For example, take someone who gets an email from their boss on a Friday that they need to meet with them that afternoon. The catastrophic thought might say, “I’m getting fired.” If the person were to fixate on that as the only possibility for the meeting, they might literally start to take actions as if they were already fired, calling family members or freshening up their résumé, all the while triggering negative emotions, says Dr. Kellerman.

“In this case, I’d suggest they draw a line on a piece of paper, and on the far left, write down this worst-case scenario of getting fired, but then also push their mind to the opposite extreme and come up with a best-case scenario that they write down on the far right,” she says. (For this example, it might be that they’re getting promoted.) “Then, in the middle, I’d have them come up with several neutral scenarios: Maybe their boss needs help on a project, is going out of town unexpectedly, or just forgot to tell them something in their one-on-one.” This way, they’d be more likely to consider all the realistic future possibilities, rather than getting stuck on a single negative one.

4. Don’t forget to consider the obstacles on the path to a goal

As mentioned earlier, future thinking will only grant you a sense of purpose if you’re able to see the barriers that stand between where you are now and the place you’d like to go, and devise a plan for surmounting them. “Seeing the negative possibilities in addition to the positive ones is part of what puts us in an empowered place of agency,” says Dr. Kellerman.

To that end, it’s helpful to use a technique for future thinking that requires you to get realistic about what it will take to achieve a goal. Dr. Kellerman recommends the “WOOP” framework (an acronym for “wish,” “outcome,” “obstacle,” “plan”), created by psychologist Gabriele Oettingen, PhD.

To use it, you’d first pick a “wish” (a more optimistic word for a “goal”) and consider the tangible “outcome” (what it would look like if you achieved your wish) before ultimately focusing on the “obstacles” that might stand in your way—which is the part people tend to ignore when they’re dead-set on just staying positive, says Dr. Kellerman.

Without considering the obstacles, you won’t be able to devise a functional “plan” (the “p” in “WOOP”) that includes strategies for overcoming them. And naturally, that’s essential to achieving the goal at hand. “The idea here is to think about the future in terms of those obstacles by creating ‘if, then’ plans,” says Dr. Kellerman. “So, if X obstacle occurs, then I will do Y.” That way, you’re getting real about your future thinking, while also empowering yourself with workarounds for possible roadblocks from the jump.