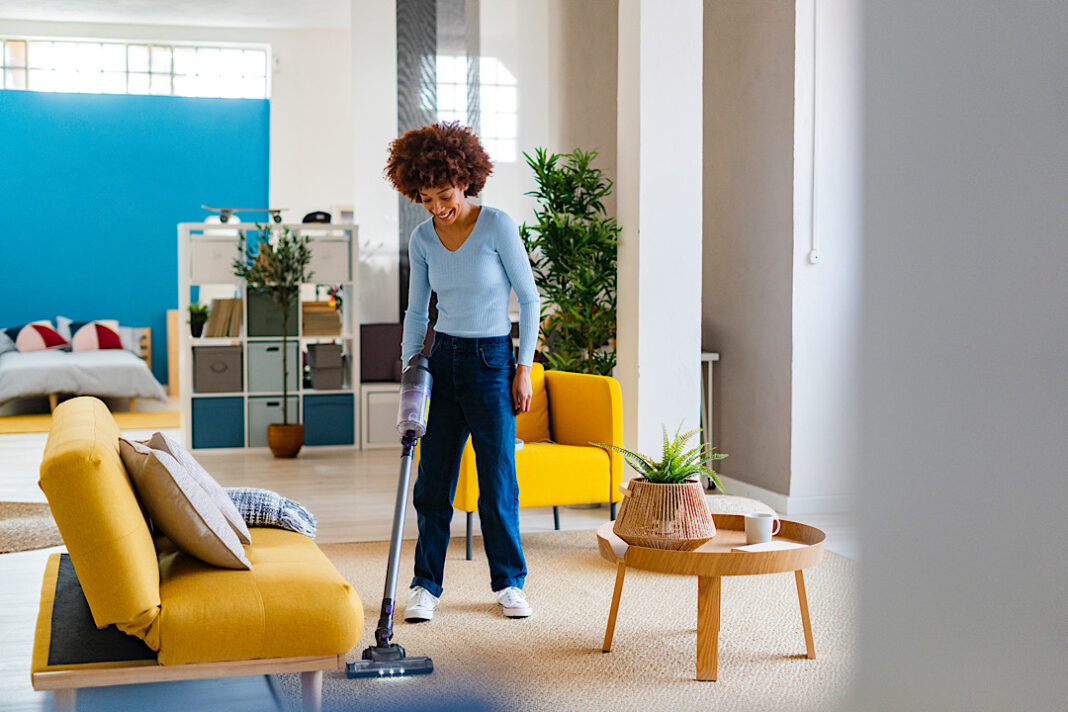 When it comes to physical activity, there are four types of people in this world, according to new research: active couch potatoes, sedentary light movers, sedentary exercisers, and movers. It will probably come as no shock that the people on this planet who live the longest, healthiest lives fall squarely into the latter category. What may surprise you, however, is that these folks, who live in parts of the world called Blue Zones, rarely exercise in the traditional sense. Instead, they maximize the amount of time per day they spend doing things considered to be NEAT vs. EAT activities.

Unfamiliar with the abbreviations? NEAT stands for non-exercise activity thermogenesis, and includes any movements you perform throughout your day that aren’t a workout, sleeping, or eating. “This comprises activities like walking, taking the stairs, vacuuming, cleaning your house, dancing,” says Taylor Fazio, RD, CDN, in a recent Instagram video.

Meanwhile, EAT stands for exercise activity thermogenesis. As you may have surmised, this refers to any energy you expend doing more traditional workouts like cardio or strength training. “The thing that might be surprising is that NEAT contributes to more of your total daily energy expenditure than exercise alone,” Fazio says. “And so what this means is that being an overall active person—someone who also gets exercise every once in awhile, but gets activity consistently throughout the day—is a sweet spot for health.”

Why maximizing your NEAT minutes may extend your healthspan

Our bodies are built to move, and to move often, according to exercise physiologist Sharon Gam, PhD, CSCS. “The activity of our muscles is the signal for a lot of important processes in our bodies,” she explains. “For example, signals from our muscles can tell our brains to release neurochemicals and hormones, activate our cardiovascular and metabolic systems, and much more.”

These days, our muscles aren’t active enough because we spend so much time being stationary, and as a result, we get much fewer of those important signals, according to Dr. Gam. “That means we don’t get as many feel-good chemicals released in our brains each day, our heart and lungs don’t get to practice making the small adjustments needed to send blood around our body as we change positions, we’re not as good at pulling fats and carbs out of our bloodstream to use for fuel,” she says. “When our bodies don’t do those things well, it can put us at higher risk of disease.”

Because of the work of investigative journalist and longevity expert Dan Buettner, we know how people living in Blue Zones eat, live, and stay active, all of which contribute to their extended healthspans. (It’s common for people in these regions to live past 100 years old, while the average life expectancy of people in the U.S. is 78 years.) Now, thanks to new research, we have a better understanding of how NEAT movements contribute to their longevity as well.

In addition to lowering your risk of chronic illnesses like diabetes and cardiovascular disease, staying active also helps protect your brain from age-related cognitive decline. A study out of the German Center of Neurodegenerative Diseases found that people who participated in NEAT activities like taking the stairs instead of an elevator and walking instead of driving had larger brain volumes than people who were stationary most of their day. “Our study results indicate that even small behavioral changes, such as walking 15 minutes a day, may have a substantial positive effect on the brain and potentially counteract age-related loss of brain matter and the development of neurodegenerative diseases,” wrote Fabienne Fox, PhD, neuroscientist and lead author of the current study, in a press release. “Larger brain volumes provide better protection against neurodegeneration than smaller ones.”

How to optimize your NEAT vs. EAT time

In an ideal world, you’d be hybrid training where in you’d strength training twice per week and getting a mix of high- and moderate-intensity cardio that adds up to somewhere between 75 and 300 minutes per week if you’re following the physical activity guidelines for American adults issued by the U.S. Department of Health and Human Services. These benchmarks have been shown to protect people from chronic diseases that contribute to premature deaths.

However, as research has shown, exercising alone is not going to be enough to earn you Blue Zone status. “In fact, people who do a lot of exercise but also sit for too long each day are still at higher risk of serious health problems,” Dr. Gam says. She recommends moving as often as possible with NEAT activities. “A good place to start is to break up long periods of sitting by moving every half an hour for at least a couple of minutes,” she says. “In addition, do about 30 to 60 minutes of structured exercise most days of the week.

As with any healthy habits, consistency is key. “Continue to do little movements throughout the day; it really adds up,” Fazio says. For example, she recommends using half of your lunch break to take a stroll around the block. Every little bit helps in the long run.