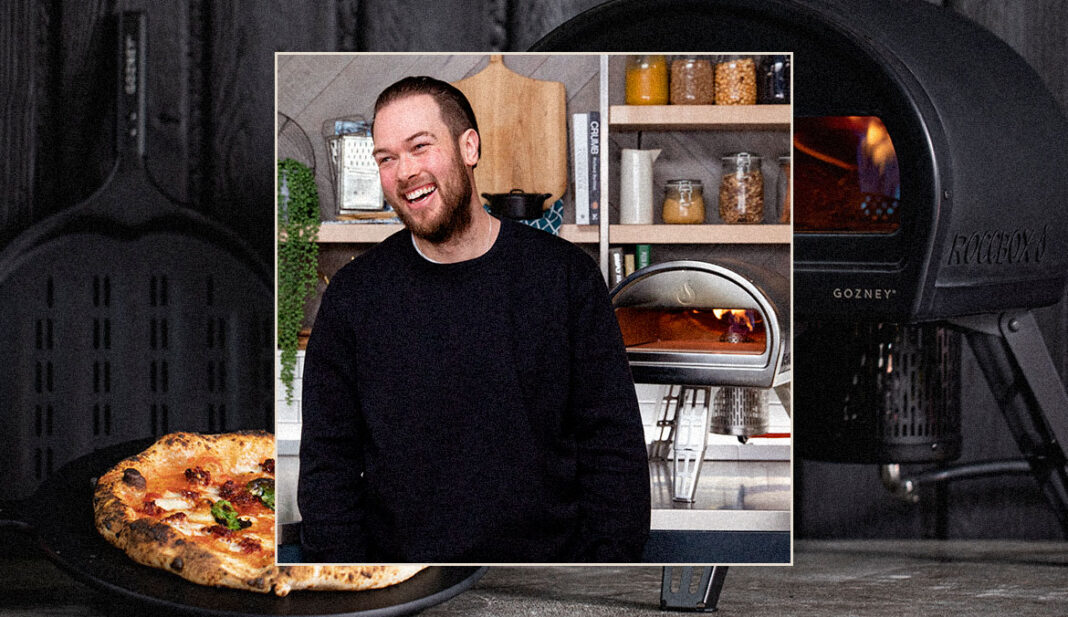 For many folks, pizza parties entail a casual gathering centered around a few boxes of delivery pizza. But for UK entrepreneur Tom Gozney, pizza parties were more than just a fun hang—they were a gateway to sobriety.

After a challenging experience with substance misuse, Gozney found solace and support in making pizzas for his friends and family, which served as a critical turning point in his recovery journey. It also inspired him to found his own company, called Gozney, which makes restaurant-quality pizza ovens and accessories for home kitchens, in 2010. Now, the successful CEO is paying it forward to others experiencing substance misuse through new charity partnerships.

In Gozney’s experience, growth came from adversity. “I turned to alcohol and drugs when I was young, lost and struggling to understand myself and where I fit in in the world,” he says. From a young age, he felt different and frustrated by his inability to understand why. “Unbeknownst to me, I had dyslexia. But it was at a time when dyslexia wasn’t really recognized, and I didn’t understand why I found everything so difficult when other kids were doing so well. I knew I was capable, but not being able to learn in the same textbook way slowly eroded my self-esteem, and I began acting out through frustration,” he explains.

By the time he was in his early teens, Gozney had turned to substance misuse as a way to escape from his reality. “Drugs and alcohol became intertwined in my perception of who I was. They gave me a great sense of relief and allowed me to switch my brain off or at least slow it down for a bit,” he says. But things quickly got out of his control. “It all of a sudden went from being a fun escape to something so self-destructive and damaging. The harder I tried to get clean, the worse it would become, and it felt like a race to the bottom,” Gozney says.

“In recovery, they say it’s important to find routines and activities that help give you purpose and keep you busy. Cooking with fire started out as a tool for me to reconnect with loved ones, but it quickly became so much more than that.” —Tom Gozney, CEO, Gozney

After surviving a violent physical attack, he realized with the encouragement of his loved ones that it was time to go to rehab. There, he met a counselor named Oliver who helped him get sober. After rehab, however, Gozney found it tough to reintegrate into his early 20s friend group in their partying heyday. “I didn’t want my sobriety to define me and stop me from hanging out with my friends, but as much as I didn’t want to admit it, I was struggling to be in social situations where everyone was drinking,” he says. That’s when pizza parties came into play.

“In recovery, they say it’s important to find routines and activities that help give you purpose and keep you busy. Cooking with fire started out as a tool for me to reconnect with loved ones, but it quickly became so much more than that—it really became a way of life and a great source of inspiration for me,” Gozney says. He would host pizza parties and found that it was a great way to feel a sense of community, since everyone would roll up their sleeves and cook together.

“I’ve always loved working with my hands, and so I’d throw myself into making pizzas. It helped me drown out the noise, and I found the more I focused on the food, the quieter those voices became. The whole process, from kneading the dough to making the sauce to lighting the fire, became a part of a ritual for me, and that experience is what ultimately inspired me to start Gozney,” he says.

To celebrate Gozney’s 15-year sobriety anniversary, his company announced a new partnership with three global charities that focus on supporting people struggling with substance misuse. The company’s U.S. partner is To Write Love on Her Arms (TWLOHA), a non-profit dedicated to helping people struggling with depression, addiction, self-injury, and suicide. Gozney (the company) will donate $100,000 in proceeds from sales of the brand’s Tom Gozney Signature Edition Roccbox ($599) to these organizations, including TWLOHA.

“We both have a deep passion for bringing people together, and TWLOHA has really turned that passion into action by inspiring hope in those struggling with drug and alcohol dependencies,” Gozney says of his company’s U.S. charity partner. “We’re extremely honored to work with them and to help spread the message that it’s okay to not be okay.”

As these top-of-the-line pizza ovens continue to succeed and become fan favorites among chefs, Gozney has formed close relationships with those in the restaurant and hospitality industry—a field rampant with substance abuse and toxic work environments where food and drugs are often closely intertwined. “Sadly, as an industry, I feel like we’ve still got a long way to go when it comes to making our kitchens safer and healthier workspaces—especially when it comes to the use of drugs and alcohol. Drugs and alcohol can still all too often serve as a coping mechanism to combat the pressure and late hours that the environment can regularly demand,” he explains.

However, Gozney is hopeful about the industry’s future. “But the good news is, I feel like there’s a huge desire from the industry as a whole to continue to address this issue, with some chefs and restaurateurs moving mountains in this space to better support their teams,” he says. He hopes that by partnering with organizations like TWLOHA and being vocal about his journey through sobriety, change is just one pizza slice away.

We all vote for more pizza:

Paul Hollywood: Celebrity Great British Bake Off Will Surprise You

116: Sticking to your goals over the holidays

From 200m to 430km, Irish athletes show some range