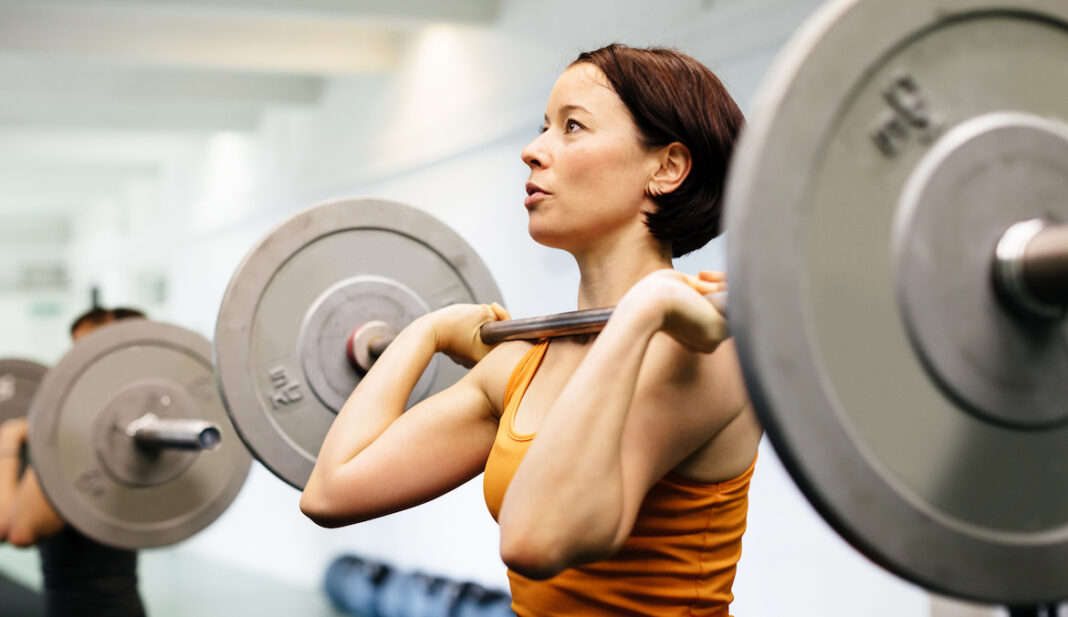 If you’re looking to maximize your time in the gym, you might consider making Lil Jon’s “Get Low” your new strength-training anthem.

When we think of building strong muscles, we typically focus on the lifting portion, and often consider lowering the weight back down to be just about returning it to the starting position so we can lift it again. But multiple studies have established that eccentric-focused exercises build more strength than concentric, and also more strength than moves that contain equal parts eccentric and concentric.

“Among fitness professionals, the benefits of increasing the time spent in the eccentric portion of a lift (which will increase ‘time under tension’) are well known,” says Mark Bohannon, certified personal trainer and senior vice president of North American operations at Ultimate Performance. Eccentric training can help you break through strength plateaus, and aid in a rehabilitation program, he says. “As a result, eccentric weight training is considered to be the base of any progressive strength-training program.”

Recently, even more evidence has emerged about just how impactful eccentric training can be, especially in terms of efficiency. A February 2022 study from researchers at Edith Cowan University in Australia found that doing just three seconds of an eccentric move five times a week for four weeks increased strength by 10 percent. That’s one minute of exercise over the course of a month!

So how to implement this knowledge into your workouts? Start by playing with tempo. For example, in a bicep curl, raise the weight for a count of one second, but lower it for a count of three. You can apply the same formula to squats, sit-ups, and other concentric-eccentric moves.

“By slowing down the eccentric portion of a lift to, for example, three seconds, it will challenge your muscles significantly, which will force them to get bigger and you to get stronger,” Bohannon says. That’s a pretty good reason to get low.