A Clinical Psychologist on How To Stop Catastrophic Thinking 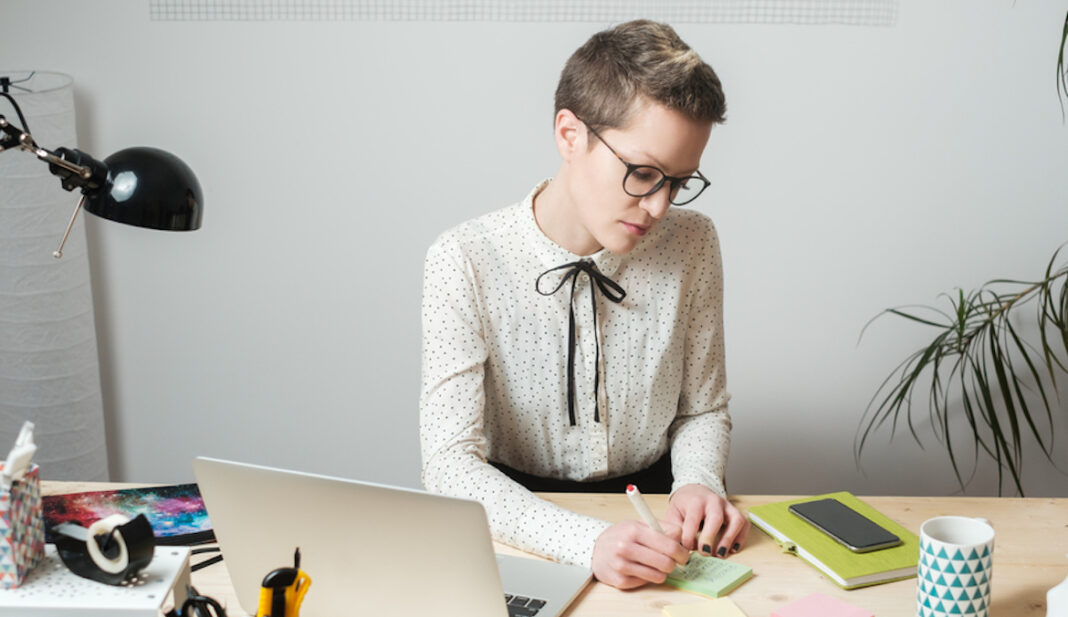 The dark reality of life is that at any given moment, some terrible thing could happen that ruins your day, your plans, even your life as you know it—a catastrophe, if you will. (Not to be a bummer or anything.) But while we’re all innately aware of this possibility, constantly focusing on it can make you always dread the next moment, caught in a mindset that blocks you from experiencing the positive potential of life. Finding cognitive balance means both acknowledging the very valid basis for this kind of mindset, while also learning how to stop catastrophic thinking when it’s doing nothing for you (other than sending you into a tizzy).

“I think of catastrophizing, or catastrophic thinking, as envisioning what you’d expect to happen in a horror movie,” says UK-based clinical psychologist Julie Smith, DClinPsy, with whom I spoke in relation to her new partnership with Calm. (She’s creating a 12-part video series for the meditation app to guide listeners through moments of high stress.) “Your mind goes to that worst-possible-case scenario and plays it over and over again, which can trigger huge levels of anxiety.”

“[When catastrophizing], your mind goes to that worst-possible-case scenario and plays it over and over again, which can trigger huge levels of anxiety.” —Julie Smith, DClinPsy, clinical psychologist

This typically happens in situations where you perceive your environment is or could soon become unsafe, whether or not that’s truly feasible. As an example, take Dr. Smith’s recent trip to the coast of England with her young kids. “As we were heading toward the coastal edge, I could see this cliff, and it was still 50 yards ahead of us, but my mind immediately went to the worst-case scenario, imagining my children running toward the edge and falling off,” she says.

In this case, the catastrophic thoughts reflected a very possible and real danger (even if it wasn’t imminent). And as a result, they served a purpose: “I decided to hold my children’s hands and was able to plan and say, ‘Okay, we’re not going to walk in this direction,’ and ‘We’re going to follow this trail,’” she says. “The catastrophic thinking helped me keep everyone safe.”

This kind of situation proves the inherent value in our ability to catastrophize. “It’s not something that anyone’s getting wrong, and it’s not a fault in the brain,” says Dr. Smith. “It’s really your brain doing its one core job, which is to keep you safe and help you survive.”

The problem arises when the catastrophizing starts happening in response to a situation that actually isn’t unsafe—but that the mind insists on perceiving that way. “For example, if I’m catastrophizing at the beginning of every day, telling myself I’m going to fail at whatever I need to do, then it becomes a real hindrance,” says Dr. Smith. The same thing goes if you’re constantly catastrophizing in a relationship, jumping to the worse-case conclusion that a partner no longer wants to be with you or no longer loves you when there isn’t actually any indication of that. These kinds of catastrophic thoughts can become seriously detrimental, causing you to fear or dread a reality that’s highly unlikely and triggering unnecessary anxiety, she says.

The brain tends to err on the side of caution, making it easy to fall into catastrophic thinking at the first perception of danger.

“In any given scenario, your brain is looking for red flags that you might not be okay or that something bad might be about to happen,” says Dr. Smith. And if it perceives any of those signs—even if they aren’t actual signals of emergency—it can quickly start to surface worst-case scenarios. After all, when an emergency is actually happening, there isn’t time to work out all the possible things that could occur before taking action. “In order to keep you safe, the brain will focus on the worst thing and make you hyper-aware of that outcome in case you need to quickly change directions or reprioritize,” says Dr. Smith.

That cycle is all the more likely if you’re already operating at a baseline level of anxiety—which also springs from feeling unsafe or insecure in your environment, says Dr. Smith: “You’re more vulnerable to catastrophizing because your brain is already geared up to start asking, ‘What’s the worst thing that could happen here?’”

In the same way, people with an anxious attachment style or deep-rooted fears of rejection may also be more prone to catastrophizing in relationships from the outset. “For example, if you had unpredictable caregivers growing up and the risk of abandonment was ingrained early on, then you might be hyper-vigilant of signs that this may be happening in future relationships and start thinking catastrophically,” says Dr. Smith.

In this case, any slight change in a relationship—maybe a partner is being slightly less affectionate or is slightly tougher to get a hold of—could set off the alarm bells. “As soon as you begin to feel unsafe in the relationship or things aren’t as you predicted them to be, you can start to catastrophize,” says Dr. Smith. That might look like wondering if a partner even cares about you anymore after they take an hour to respond to a text during the workday (rather than weighing the possibility first that they might just be busy).

These types of thoughts are certainly unproductive and unsupportive, spiking anxiety levels and ringing alarm bells where none are needed. Below, Dr. Smith shares advice for learning how to identify them, disempower them, and stop unhelpful catastrophic thinking in its tracks.

How to stop catastrophic thinking

1. Acknowledge (rather than attempting to ignore) catastrophic thoughts

As with any kind of thoughts, in order to do something about catastrophic thoughts, you have to become aware of them first. At the outset, it may be easier to start developing awareness in retrospect, so Dr. Smith suggests finding a time at the end of a week when you’re level-headed to reflect back and recall specific catastrophic thoughts, what led up to them, and how they made you feel.

It’s also important to do this without any self-judgment, so you actually feel comfortable acknowledging and labeling certain thoughts of yours as catastrophic. “People definitely get caught up in the idea that they shouldn’t have catastrophic thoughts and that, if they do, they’re just being negative and need to be more positive,” says Dr. Smith. “But then you end up judging yourself for having had the thought, which just puts you in a worse place than where you were initially; not only are you anxious, but also, you’re feeling terrible about yourself.” Instead, view the fact that you had the thought as a neutral and normal thing that happens.

2. Look for your own bias

Once you can acknowledge catastrophic thoughts, it’s important to recognize the disproportionate space they occupy in your mind—aka your bias in believing them to be true, despite other possibilities.

“The power of any thought is in how much you buy into it as a true reflection of reality.” —Dr. Smith

“When you start to recognize, ‘Okay, this is one possible perspective, but there are also other scenarios that could happen, and this one may not be the single best reflection of reality,’ it takes away some of the overpowering strength of the initial thought,” says Dr. Smith. “And it’s important to remember: The power of any thought is in how much you buy into it as a true reflection of reality.”

Sometimes, the difficulty in figuring out how to stop catastrophic thinking lies in just how connected you are to those thoughts. In that case, a defusion exercise can be super helpful to create some distance between you and the thoughts.

Another strategy that Dr. Smith uses with her patients is having them write down catastrophic thoughts (either in a notebook or on Post-It notes) and label them as such. “This way, you can see them visually for what they are, and they’re not stuck in your head being the only possible perspective,” she says.

Once you’ve come to the helpful conclusion that any given catastrophic thought is not reflective of the only possible thing that can happen, it’s helpful to push yourself to visualize those other possibilities. “You already know what the worst is that could happen, so what’s the best that could happen? And what is something neutral that could happen?” Dr. Smith suggests asking yourself. “When you start to consider these perspectives, you’ll automatically be less focused on the worst-case scenario and have a more balanced view.”

Of course, determining those other perspectives is often easier said than done—particularly when all you can focus on is the catastrophic option. One way to make broadening your perspective a little easier is to challenge the initial thought by “taking the thought to court,” says Dr. Smith. This means looking for evidence that the thought is “absolutely true and inevitable,” and then also finding evidence that something different could happen, she says. “This can help to loosen your belief in the first thought being absolutely factual.”

The important thing to note with this kind of thought-challenging strategy is that you’re not outright denying the potential of the initial catastrophic thought; that worst-case scenario might indeed still happen. Instead, you’re just disempowering the idea that it’s the only possible perspective, “which can really be enough, in and of itself, to move on from it,” she says.

How To Get a Full-Ride Scholarship To Pay for College

How To Get The Most Out Of Your Dance Lessons