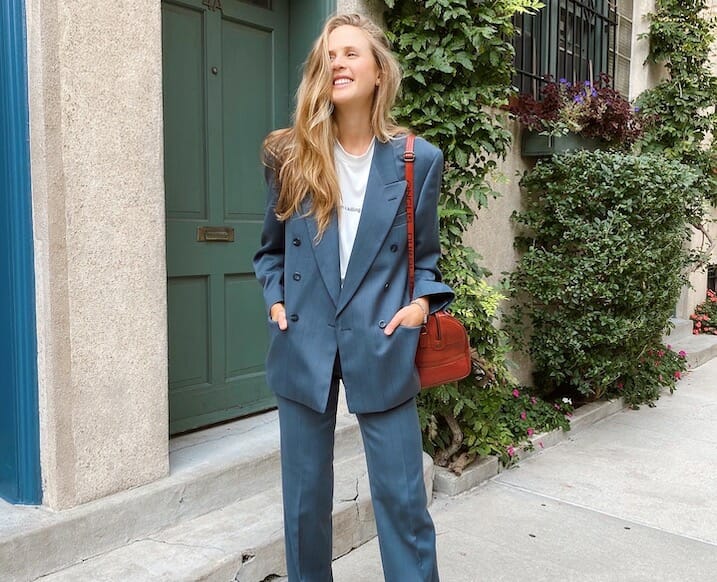 If the past couple of years has given us anything, it may have been the time to doom scroll. Add to that the thousands of worried teenagers marching across the globe while wildfires and floods compete for headlines, and it’s becoming hard to ignore that climate change is real. However, very few of us know what to actually do about this information, or how to emotionally deal with whatever feelings of fear, shame, or panic the reality of climate change might bring.

Gennari’s uniquely motivational take on things stirs fresh hope and a practical sense of personal responsibility around climate change. You can find her recent interviews on the BBC1’s Minute of Me and The Weather Channel.

We decided to talk to the author, educator, and speaker about finding optimism in the face of climate change. But don’t think affirmations and a dose of good ignorance will get you there.

“We’re living through the reality of climate change. However scary that might seem, it’s in accepting that you’ll be able to find your place, purpose and mission in all of this,” says Anne Therese.

“True optimism is earned, it’s created from within, but it’s also a truly rewarding lifestyle infused with spiritual healing and self-love. After all, if we want to heal the world, we have to heal ourselves first.”

Once we emotionally accept that climate change is happening, we allow ourselves to open up to the opportunities laid out before us. The reasons for climate optimism are many (I wrote an entire book after all!), but here are seven to consider now…

01 We don’t have a choice |  Choosing to be an optimist is not about wishful thinking. It’s an empowering act that will put you in front of others when it comes to the possibilities of creating new worlds.

Neuroscience shows us that optimism broadens our minds, sparks creativity, and provides us the courage to try new things. Fear and anger, on the other hand, create a tunnel vision that disables us from seeing further than the issue at hand. We get “stuck” in our current realities, so to speak. This should explain why studies have shown that optimistic people are 40% more likely to get a promotion within the next year than their pessimistic counterparts. (TIME Magazine’s Special issue on Positive Thinking) It should also serve as a clear indication that optimism is absolutely necessary if we are to have a chance to create a better future. After all – if we don’t believe a better world is possible, how will we take the action now to get us there?

Simply put – we need optimism to fix climate change and no matter what people around you might say, you have a right to be optimistic. In fact, it’s your optimism what could save us all!

02 You Can Create Optimism | The trickiest thing about optimism is that it can seem fleeting and hard to maintain. How do you remain optimistic in a world that is so broken and chaotic? How can you believe a better world is possible when all you hear on the news is how we’re ruining our chances of a livable future more and more each day?

Here’s how: you don’t simply choose optimism, you create it. If you rely on outside sources to fuel your optimism, you might get in trouble pretty soon, which is why you want to put yourself in charge and create that optimism for yourself. When you take action (it can be big or small) on the changes you wish to see, you’re becoming your own source of optimism. You’re not just hoping for things to change, you’re proving to yourself that change is possible, and the optimism birthed in that act will inspire you to do even more.

I call it being an ‘Optimist In Action’.

Sure, you understand that your small individual actions won’t be enough, but these actions allow you to fuel yourself with the bold and positive energy the world needs. This energy will ripple effect and invite other on board as well, and that is how a positive movement is created.

03 The future could be better than anything we’ve seen today | This is a thought we don’t tool with too often. What if it’s not about fighting climate change and hoping to save as many scraps as possible of the world we know and love now, but about accepting change and creating something even better?

What if by facing up to the challenge we’re in, we will recognize that even better worlds, societies, and lives are possible? Worlds where we work less, eat healthier foods, have more time to spend with those we love, and where things we take for granted today like smelly streets and noisy cities simply don’t exist anymore. What would that future feel like?

When we allow ourselves to understand that we actually don’t know what the future holds and we tap into that curiosity, we allow for change to unfold. A quote that I love and live by is one by Mary Oliver: “Keep some room in your heart for the unimaginable.”

04 Science shows us that drawdown is possible | Again, climate optimism is not just a bunch of wishful thinking. Science shows us that drawdown – “…the future point in time when levels of greenhouse gas concentrations in the atmosphere stop climbing and start to steadily decline.“ – is possible! Not only that but we have the data and technology today to start implementing drawdown. It’s not about wanting to figure it out. We’ve figured it out! Smart and passionate people who’ve worked on this issue for decades have figured it out and now it’s up to us to find the courage to act on these solutions; to accept and embrace change.

The world is on the way and bold, audacious goals have already been mapped out by various leaders across the globe, both in politics and in business. Other terms being used are net-zero, net-positive, or climate restoration, which is the idea (and the science) indicating both the need and the possibilities of getting our carbon dioxide levels down below 300 ppm, which is shown to be the only levels that will in the long-term sustain human life.

Can we do it? Science says it’s possible, now it’s up to us to act!

05 It’s cheaper to save the planet than it is to destroy it | Now isn’t that a beautiful reality to grapple with? Not only should saving ourselves from extinction be a no-brainer, but we’ve actually reached a point where it’s more expensive to keep extracting oil and pumping out fossil fuels than it is to look to its alternatives.

Solar panels are now the cheapest electricity in history while the search (and fight) for oil is becoming more dangerous and expensive. At the same time, although retrofitting cities and making them climate resilient may come at a seemingly hefty price, it’s nothing compared to the numbers we need to face up in damage recovery if climate change continues to run its course.

In other words – it’s cheaper today to save the planet than it is to destroy it and in a money-manic world, that should be something worth celebrating!

06 Businesses are leading the way | Not too surprisingly, the entities of our world that are all about maximizing profits are recognizing this and are starting to take action accordingly. Sure, there’s a lot of greenwashing out there as well, but businesses are understanding the urgency of the matter, as well as the consequences if nothing is done, and are stepping up to the plate. There’s an ongoing shift from a shareholder economy to a stakeholder economy, which means many companies are starting to look to every stakeholder when making decisions. Such stakeholders could be their employees, the community they operate in, their customers’ current well-being and future, as well as Mother Nature herself. These targets make for very different decisions than if your only goal was to maximize shareholder value and profits. 07 You get to be a hero |  In the realm of climate change, it’s easy to feel both overwhelmed and exhausted. Where does it start? Where does it end? To what extent can you actually make a difference?

Feeling this way is normal and it’s important that we allow ourselves to have those down days too. But it’s even more important that we recognize the power we actually have to enact change. We may feel like tiny fish in a huge ocean but we should never forget the forces we put into play when we start showing up for the work. By doing one thing differently (maybe you get a reusable water bottle and say “plastic water bottles no more!”) you activate an energy within yourself that will soon ripple effect in the environment around you as well.

As social creatures, we’re constantly being influenced by one another and you never know what kind of change one seemingly small action can set off. Like a tiny rock hitting the surface of the water, those rings can spread, and soon extend a reach so big a tiny rock could only dream of.

Be that rock. Stay curious, allow yourself to imagine even better worlds, and see what happens when you find the courage to make a little splash in the water. What changes are you hoping to see next?

Are 4 Minutes of Burst Training Better Than An Hour At The Gym?