6 Kinds of Tea and the Symptoms They Can Help Soothe 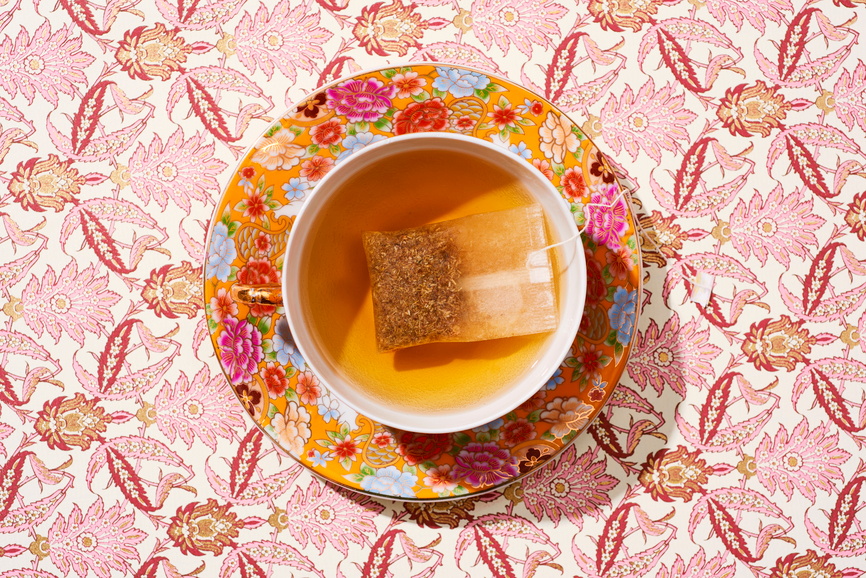 Anytime you’re feeling under the weather, it’s paramount that you have your go-to relaxation remedies at the ready. Whether it’s Ginger Ale (sipped through a bendy straw, obviously), cueing up “The Price Is Right” on TV, or closing your eyes under a cold compress, taking these small-but-soothing steps can be an important part of healing when done in tandem with medical care. Staying hydrated, well-fed, and getting plenty of rest are all common “home remedies,” but if you want one more comforting component to incorporate into your sick day arsenal, know that there are quite a few teas that can help soothe some of the symptoms you may be facing.

Utilizing tea to treat illness is not a new wellness protocol—it’s actually quite ancient, according to the text Herbal Medicine: Biomolecular and Clinical Aspects. Research has shown that the second emperor of China, Shen Nung (2737 BCE), is one of the earliest recorded instances of drinking tea. Various teas have been used for treating myriad symptoms in the centuries since then.

Nowadays, while there are plenty of physicians and pharmacies that can offer the science-backed treatment protocol and medicine you’ll need to help get you back on your feet, bolstering your healing process with other soothing care strategies can still be beneficial. If you are curious about a two-birds-one-stone tactic of sipping comforting teas that also have health benefits to offer, here are some teas that can help soothe a wide array of symptoms.

Which tea to sip based on the symptoms you’re facing, according to physicians

An upset stomach is a total vibe kill, but there are a handful of teas that can help soothe your discomfort. “Peppermint tea has ‘dyspeptic’ benefits, meaning that it can offer relief from nausea, indigestion, and heartburn,” says functional medicine physician Mahmud Kara, MD, former Cleveland Clinic physician and founder of KaraMD.

Because of its potent antioxidant and anti-inflammatory properties, Dr. Kara also says that ginger tea can help relieve muscle pain and aches, and it has also been associated with reduced nausea and vomiting. (You knew the whole Ginger-Ale-for-belly-aches thing had to come from somewhere, right?)

Sore throats can be the result of either a bacterial infection, a viral infection, or irritation from nasal mucus draining out of the “back” of the nose and down the throat, according to Shawn Nasseri, MD, a Mayo Clinic trained ENT. As a result, he says that tea can be a great tool to combat this discomfort because of its close contact with the throat.

As always, it’s crucial to have a provider inspect your problem areas and symptoms, especially if it’s too painful to swallow. However, if you’re aware of what’s causing the sore throat and just want some relief, Dr. Nasseri recommends licorice root, echinacea, mint, or chamomile tea to soothe your pain. “These teas offer pain-relieving, moisture-adding, and anti-inflammatory relief for a scratchy raw throat,” he says.

Mint tea, according to Dr. Kara, is one of the most used teas during common colds and cases of flu. “The soothing sensation of minty aromas, such as menthol, is almost universal,” he says. According to a 2003 review from the National Library of Medicine, menthol has been utilized in traditional herbal medicine for hundreds of years and was adopted by western pharmacology in the 19th century. If you’ve ever wondered why mintiness (and things like Icy Hot) feel cold to the touch, it’s because our nervous system has certain receptors that associate the scent of menthol oil with this sensation. This, according to Dr. Nasseri, is precisely why peppermint and spearmint tea are common recommendations for helping treat a stuffy nose and general congestion.

There’s a reason that some tea companies typically brand chamomile tea as “sleepy time” tea. According to a 2008 article published in Molecular Medicine Reports, chamomile tea has been used for hundreds of years for its slight sedative effect on people. “In Western herbalism, traditional Chinese medicine (TCM), and Ayurveda, chamomile is mainly known for its wonderful relaxation effects,” herbalist and Urban Remedy founder Neka Pasquale, LAc, MS, previously told Well+Good. “In TCM, chamomile is mainly used to move the qi and treat stagnation, or stuck energy. It’s used in support of the lungs (colds and flu), heart (nervous disorders), and stomach (digestion). In Ayurveda, chamomile is used for gas, bloating, painful menses, insomnia, and to calm the nervous system.”

Headaches are common and complicated, as numerous different factors can cause them. Many headaches can (of course) not be helped by tea, but if your pain is due to inflammation, sinus pressure, or plain old dehydration, Dr. Kara recommends sipping turmeric-infused ginger tea, as it can have hydrating and anti-inflammatory effects on the body, which could help a headache if those are the sources of the pain.

Green tea has energy-boosting features like caffeine and an anti-inflammatory plant compound known as epigallocatechin-3-gallate (aka EGCG). Additionally, Dr. Kara says that green tea also has an amino acid known as L-theanine, which has been found to have calming, stress-soothing effects on the body. “This combo can support a headache and general lethargy or fogginess that may be a result of your illness,” he says.

Bottom line? Just the act of cozying up with a hot cup of tea has relaxation-boosting benefits—but the fact that there are tea options out there that taste great and can help you manage your symptoms is a nice bonus to tea’s naturally comforting effects. Just keep in mind that the above remedies are *added* recommendations to any treatment plan, including potential medications, that a professional health provider recommends.

I Tried the One-Hour Cleaning Method From TikTok