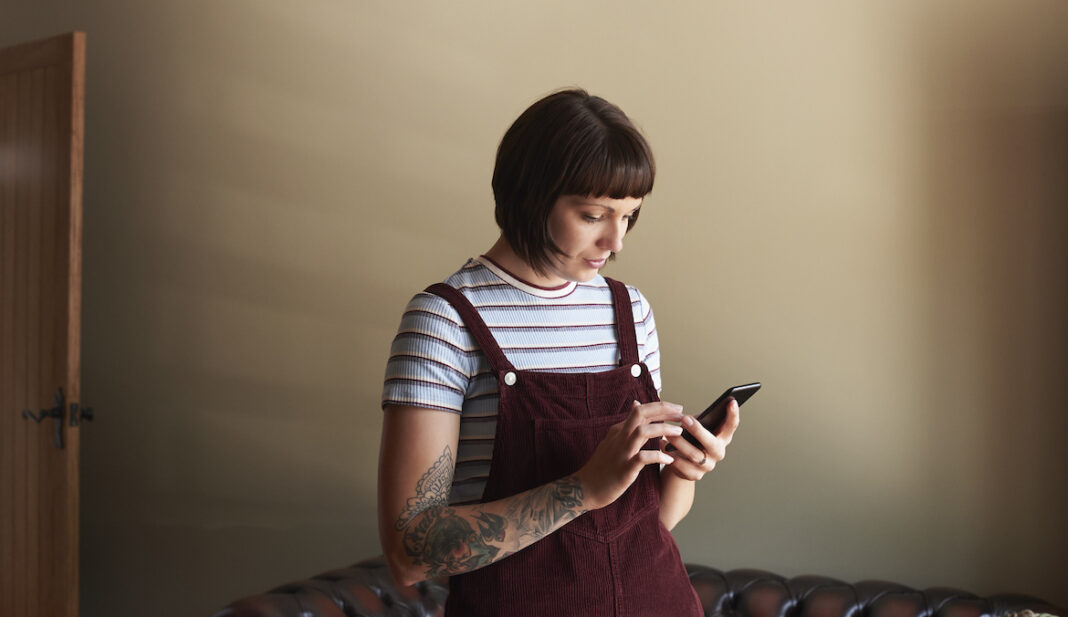 It takes two to have an argument or even a minor disagreement. But when the chasm between you and a friend or partner seems to persist, it’s only natural to wonder what’s keeping you from finding resolution: Is it them, or are you playing a part, too? A passive-aggressive person, however, might not ever reach this point of introspection because the very passive nature of their actions could lead them to feel as if they aren’t contributing to the conflict.

A passive-aggressive person “does not directly express negative thoughts and feelings and often says things that are incongruent with what they do,” says psychotherapist Anita Astley, LMFT, author of the forthcoming book Unf*ck Your Life and Relationships. That might look like “giving someone the silent treatment when you’re upset with them, rather than addressing the issue; agreeing to do something and then not following through; or giving a compliment to someone and then following it up with something that negates it, as in, ‘I love your long hair… When are you going to get it cut?’” she says.

While you might be able to easily pinpoint these signs of passive-aggressive behavior in someone else, it’s tougher to recognize when you might be engaging in similar behaviors because “there’s a strong motivation to actively ignore the reality of the aggressive or angry feelings,” says psychotherapist Peter Schmitt, LMHC, associate clinical director at Kip Therapy. Essentially, passive-aggressive people are denying their own angry impulses, so in suppressing the anger, it also becomes difficult to recognize the passive aggression that flows from it, he says.

The more that other people around you respond to your passive-aggressive behavior in a way that reinforces it, the tougher it’ll be for you to identify for yourself that it’s happening, too, says Tania DeBarros, LICSW, psychotherapist on the mental-health platform Alma. “For example, if every time I sulk, someone gives me attention, asks me what’s wrong, or does something to make me feel better without me having to communicate my needs clearly, I will learn that if I sulk, I get support,” she says. But of course, this ignores the underlying tendency to act passive-aggressively and the harm that this lack of clear communication can do to a friendship or relationship over time.

Why might someone be passive-aggressive in the first place?

Like many behavioral tendencies, passive aggression typically arises first during childhood as a result of how a person is conditioned to perceive anger and aggression. “Passive-aggressive people have often learned from an early age that expressing negative thoughts and feelings is never an acceptable nor safe thing to do,” says Astley.

When someone sees or hears this message repeatedly, whether implicitly or explicitly, they can internalize it, “which creates a blueprint around the expression and management of aggression within the self and with others,” says Astley. Over time, the person may not even recognize or acknowledge anger when it arises or could learn to suppress it out of a fear of conflict, she says.

“If a person doesn’t believe that their feelings are important, it can seem pointless to express them to someone else.” —Tania DeBarros, LICSW, psychotherapist at mental-health platform Alma

In the same realm, a passive person may have been “emotionally invalidated” as a child, or had their feelings minimized or dismissed to the point that, later in life, they invalidate their own feelings. “If a person doesn’t believe that their feelings are important, it can be difficult or seem pointless to express them to someone else,” says DeBarros. “Their internal dialogue may sound like, ‘It’s not that big of a deal,’ ‘I’m overreacting,’ ‘I’m being emotional,’ or ‘I shouldn’t feel X emotion because they didn’t mean it that way.’”

It’s also possible for this dialogue to develop in a particular relationship, in response to another person’s behavior, says Kate Deibler, LCSW, psychotherapist at Alma. “The person that someone feels angry with may have shown themselves previously to respond negatively toward anger,” she says, leading the other person to then conceal it at all costs. Or perhaps the passive person “lives or works in an environment where strong emotions are punished,” thus teaching them to mask these emotions, which then ultimately emerge in a passive way instead, says Schmitt.

Alternatively, passive aggression could be part of a fawning trauma response, says DeBarros. “This happens when a person develops appeasing [aka people-pleasing] behaviors to avoid conflict and to establish a sense of safety,” she says. “If someone feels that it is unsafe to directly address how they feel, they may turn to passive-aggressive behaviors.”

Why passive aggression is problematic for everyone involved

If you’ve been on the receiving end of passive aggression, you already know how irksome it can be. “Dealing with someone’s passive aggression can feel like trying to read the proverbial mixed signal,” says Schmitt. Just think about a time when someone insisted that, “It’s fine,” when you could tell deep-down that it wasn’t—and yet you still couldn’t parse what was actually wrong for them. “The frustration over this lack of direct communication or someone else’s denial of their own aggression can serve to escalate a conflict,” he says.

That conflict can certainly put a damper on the relationship and bring both people down. But even before that, the person being passive isn’t bound to be left feeling great, either. “The passive-aggressive person can become even more frustrated and angry as they are not able to effectively express their negative feelings, leading to further confusion about what is actually happening that makes it virtually impossible to move from problem to solution,” says Astley.

“If people don’t know how you’re feeling, it’s harder for them to know what will help you feel better.” —DeBarros

That just means that the initial issue triggering the passive-aggressive behavior isn’t able to be resolved, leaving the passive person continually stewing. “Someone who is passive-aggressive can miss out on having their emotional needs met,” says DeBarros. “If people don’t know how you’re feeling, it’s harder for them to know what will help you feel better.” And the longer that the passive person waits for the other person to read their mind, the more disconnection and resentment can build, she adds.

Eventually, those feelings are bound to come out in one way or another—since stifling or couching anger in passive actions does not erase it. “Because passive-aggressive people are not able to express and manage their aggression, they are more likely to once in a while have disproportionate emotional outbursts,” says Astley.

5 signs of passive-aggressive behavior to look for in yourself

1. You consider yourself a non-confrontational or non-angry person in an absolute way

Maintaining a very antagonistic relationship with angry feelings—as in, “I don’t ever get angry with people”—can be a sign that you typically express your anger passively. “The truth is that we all contain aggressive feelings at times, and so an attempt to suppress that part of ourselves will ultimately come through as passive aggression or something worse,” says Schmitt.

In the same vein, feeling like you have “almost no experience with anger or irritation is a fair indicator that it’s being sublimated into something else or releasing through another pathway,” says Deibler.

That may also be the case if you consider your approach to conflict to be wholly non-confrontational but then find that people on the other end often react as if you had said something aggressive or hurtful, says Schmitt. (This just means that they could sense your passive-aggressive behavior, and they’re upset or confused by your failure to express what you’re feeling directly.)

2. Others accuse you of being indirect with your feelings

In the same way that you can probably pinpoint passive aggression in someone else more easily than you could in yourself, your close friends and loved ones probably have a better read on your passive aggression than you do. If others accuse you of beating around the bush with your feelings or label you as upset when you feel that you’ve been non-confrontational, that’s a clear indicator of passive-aggressive behavior at play.

3. You say things that you don’t really mean

One of the most transparent signs of passive-aggressive behavior in others is also a habit you might miss in yourself: saying yes when you mean no (or vice versa) in any context, says Astley. It can be tempting to say something just in an effort to avoid a conflict, but if the words that come out of your mouth are in direct opposition to how you feel (e.g., the now-infamous faux “I’m fine”), chances are that passive aggression will leave you stewing.

4. You often use sarcasm to express your feelings in an argument

While sarcasm isn’t always about deflecting the conversation from how you’re actually feeling, if you find yourself using it mostly when you’re upset or having difficult conversations, that’s usually a sign of passive-aggressive behavior, says DeBarros.

5. You expect others to just “get” how you’re feeling

If you find yourself frustrated by someone’s lack of understanding before you’ve taken the time to explain your feelings, you’re likely acting passive-aggressively, says DeBarros. The expectation that a loved one can mind-read your feelings by way of your passive actions is a surefire route toward miscommunication and conflict—whereas expressing your feelings directly, however difficult that may seem in the moment, can put you on a path toward mutual understanding.

Before you can express upset or angry feelings to others in a productive way, you need to acknowledge that you do, in fact, have these feelings. “The best antidote to passive aggression is to embrace our genuine experiences of aggression,” says Schmitt.

To do that, make time each day to actively check in and identify how you feel using feeling words, says DeBarros (e.g., nervous, excited, happy, tired, upset, etc.) When creating that list for any given moment, be sure to allow room for negative feelings to surface. “Once you can identify them, practice being comfortable with them by telling yourself, ‘It’s okay; I am allowed to have these negative thoughts and feelings, and it doesn’t mean I am a bad person, but rather that I am a healthy person,’” says Astley.

While it’s certainly wise to be mindful about how you act on negative feelings, “there’s absolutely nothing wrong with having them, and they can provide valuable information as to what we need from others, and where others may be falling short of our expectations in relationships,” says Schmitt. For example, it’s only through feeling upset or disappointed with how a relationship is going and being able to acknowledge that reality that you’ll then also be able to effectively assert your needs to your partner and have those needs met.

Once you’ve identified and embraced your negative feelings, it’s also important to remember that addressing them in a conversation does not make you “emotional,” “dramatic,” or “unprofessional,” says DeBarros. “If communicated effectively, sharing how you feel improves situations.”

The Very Best Gifts Under $35 According To Us

Dazzle Dry Is Long-Lasting Polish That Dries in 5 Minutes