Instant Pot yogurt, the cutest gift, me on caffeine, Newsies, my nephew turned 6 (I got the burnt hotdog power), cold is coming, softball, and subtle hints.

Every week, I make time to connect with the most important people in my life. I have small group, weekly family dinner, Monday phone dates with my best friend, and Skype dates with my prayer partner.

Which is why I want to have a Friday virtual coffee date with you.

I would absolutely love to meet you in person and hear about the ups and downs and in-betweens of your life, but since that’s difficult to manage, the next best thing would be for you to leave me a comment or shoot me an email. I really do care about what’s going on with you! I have an ongoing list in my prayer journal of blog readers who have reached out to me sharing struggles, successes, and just everyday life stuff and I love all of it!

Here’s what’s been going on in my world. 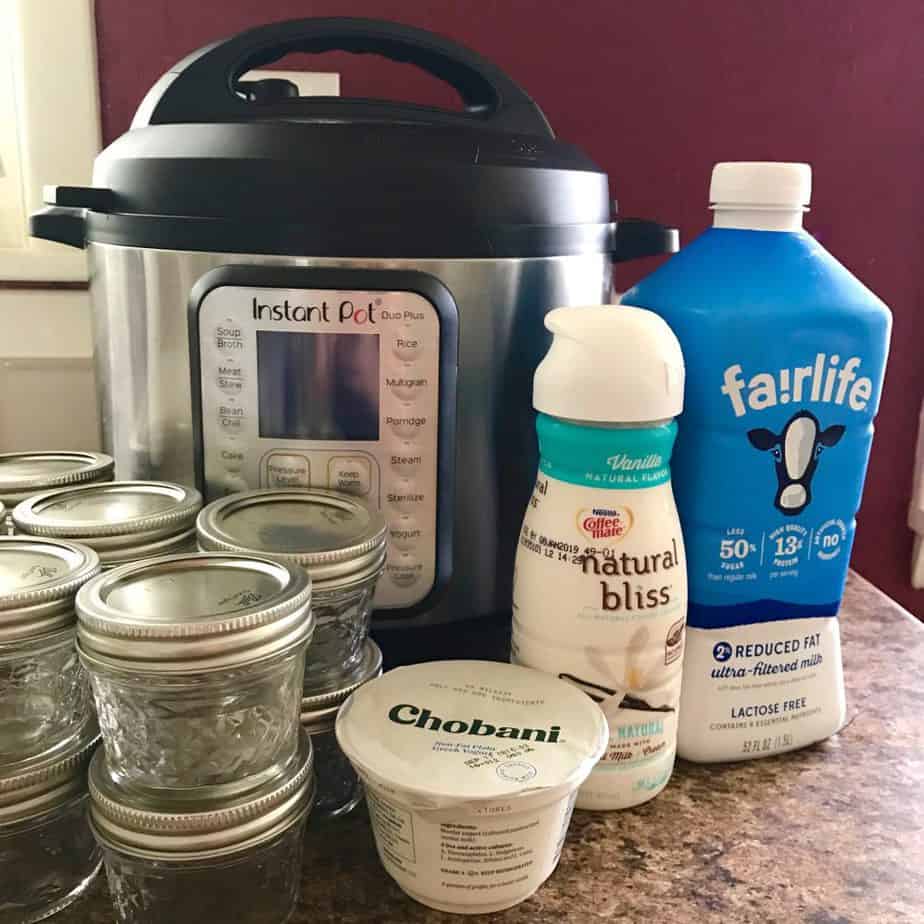 I’ve only made homemade yogurt once before. The last time, I followed the traditional boil method and it’s not like it was a difficult process, but it was time-consuming and messy and it wasn’t something I was going to do regularly.

Cold start yogurt is now a game-changer for me!

I just mixed the 3 ingredients together, poured them into the little mason jars, let my Instant Pot do its thing, then moved them to the fridge!

I am seriously considering doing this on a weekly (or every other week, maybe) basis.

Greek yogurt is one of my healthy breakfast go-tos and I love that I can control how sweet it is (I think I’m slowly training Adam’s taste buds to expect less sugar)!

I made Oatmeal Power Bites to go with the yogurt for breakfast this week and it was all kinds of amazing. 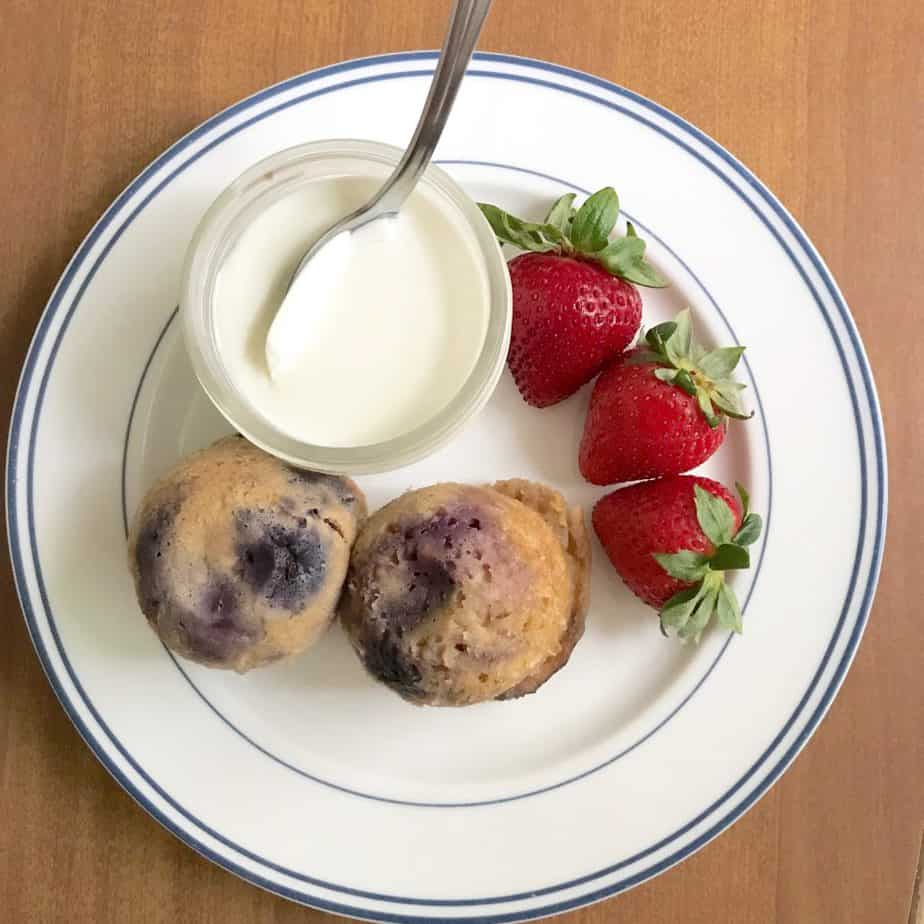 The Cutest Gift From My Husband 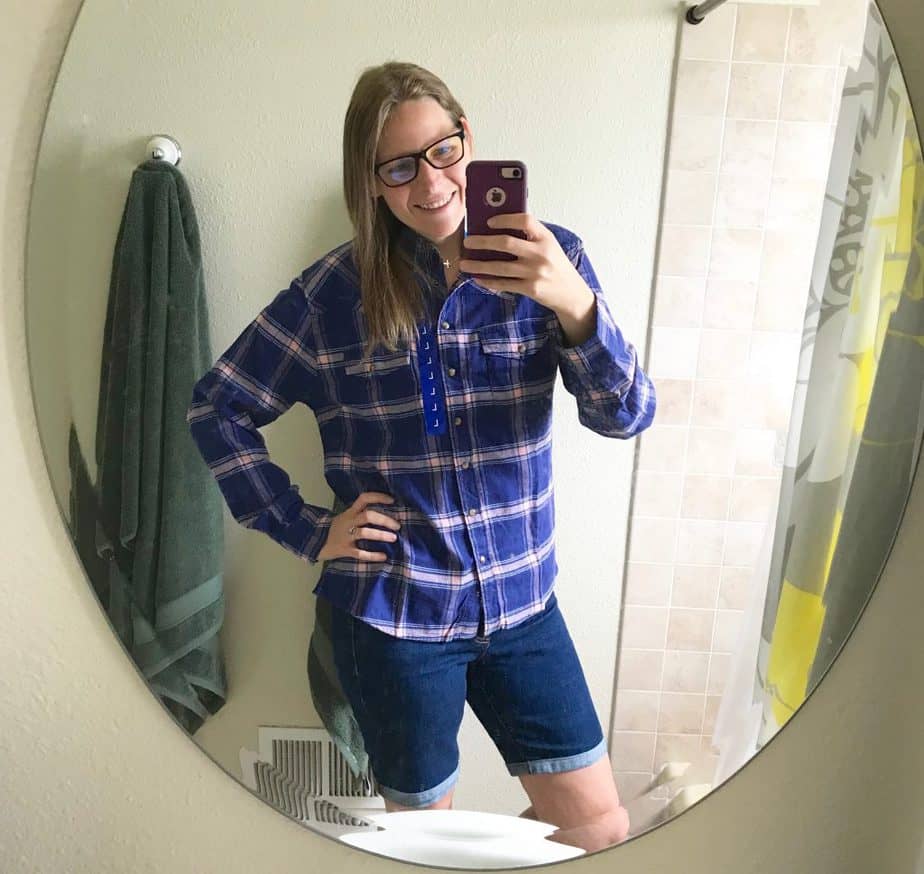 Adam went to Costco for us the other day and I sent him with a very specific list.

The last item on his list was, “A super awesome surprise for me. No pressure.”

I was sure he was going to get me some food item like fruit snacks or dried fruit or trail mix.

Honestly? Food is what makes Costco awesome to me. The rest of it is fine, but they have the best food!

Nope! He came back with a plaid shirt!

And the best part is, he said, “I got you a large because I know your arms are long and I wanted it to fit.”

I cracked up that he bought me clothes and I love that he got the bigger size to fit my arms. It would have been easy to assume he just thought I was…well…large, but that never even crossed his mind and I love him even more for it.

Newsies At The Dinner Theater

If you haven’t seen the movie Newsies yet, drop everything and go buy it now.

It has always been a favorite of mine. My sister and I will still randomly break out into Newsies songs.

Last weekend, we went to see Newsies at a nearby dinner theater with some of our small group people and it was such a wonderful night! 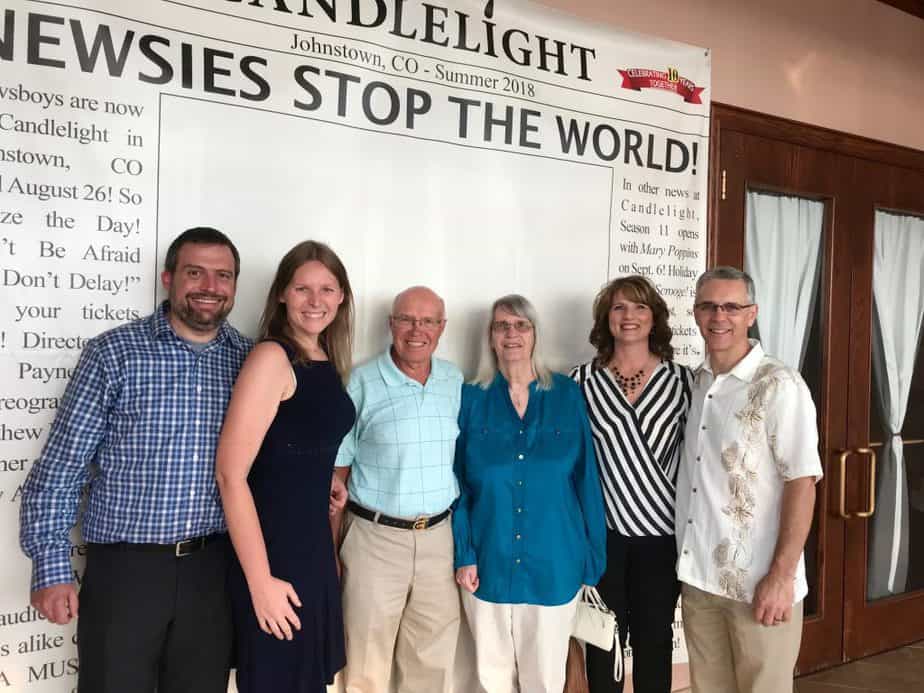 #1 – These are some of my favorite people on earth, so I would have fun doing just about anything with them.

#2 – I love Newsies. Especially the music. I will forgive them for changing the storyline for the play.

#3 – This was the first date night Adam and I have been on since we got married! And making it a triple date was even more fun. 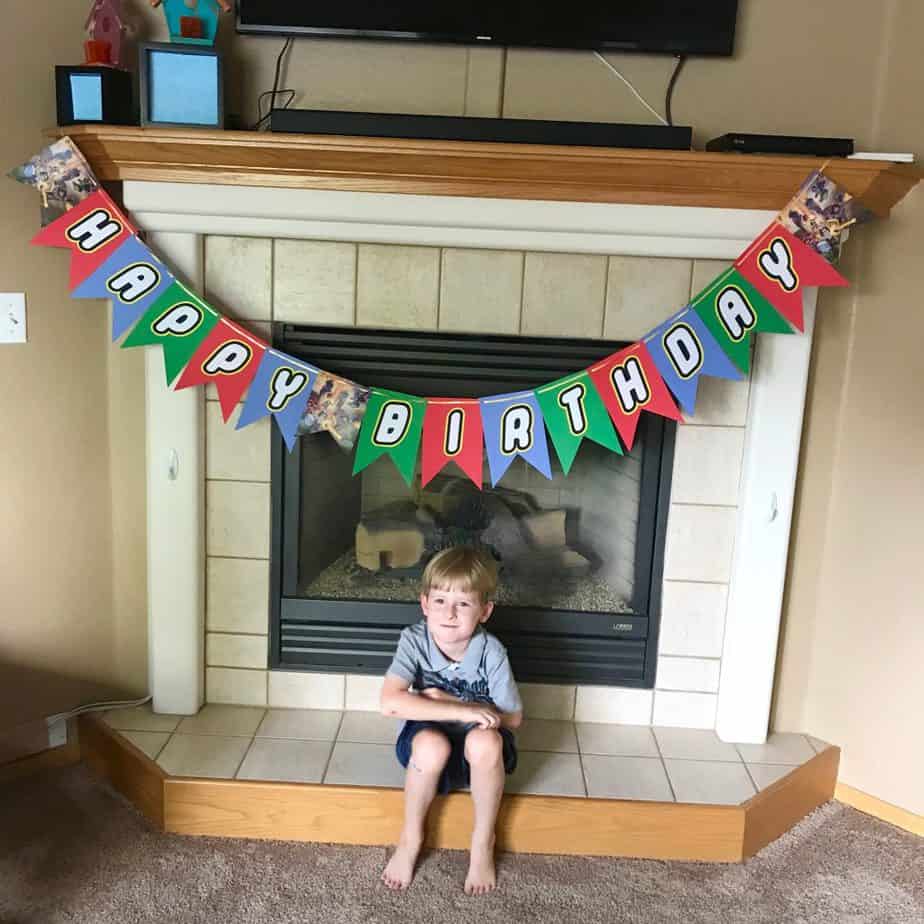 My sweet nephew just turned 6 and we celebrated with a family birthday party last weekend!

He is crazy about Lego Nexo Knights these days, so that was the theme of the night.

My brother-in-law bought him a castle recently for kids ages 9-14 with over 1,000 pieces.

This kid put it together in two days by himself.

He wanted to play pin-the-Nexo-power-shield-on-the-Nexo-Knight, so he had carefully chosen a power for each of us.

I got burnt hotdog (“because you always burn the hotdogs, Aunt Becky!”…you know, that one time I put grill marks on them).

Adam got even luckier by getting “Bearded Ballerina.” He even pulled out some ballerina moves while Caden was spinning him before he tried to place his shield (best uncle ever).

He didn’t even make this stuff up. These are actual powers in the Nexo world! 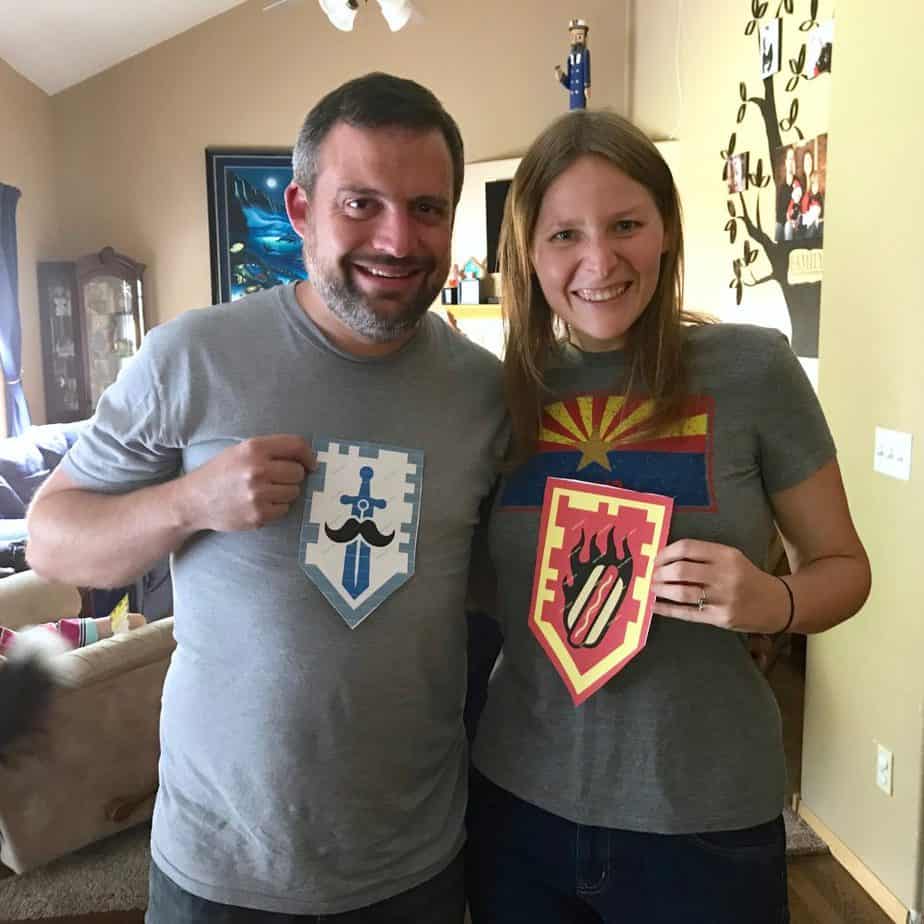 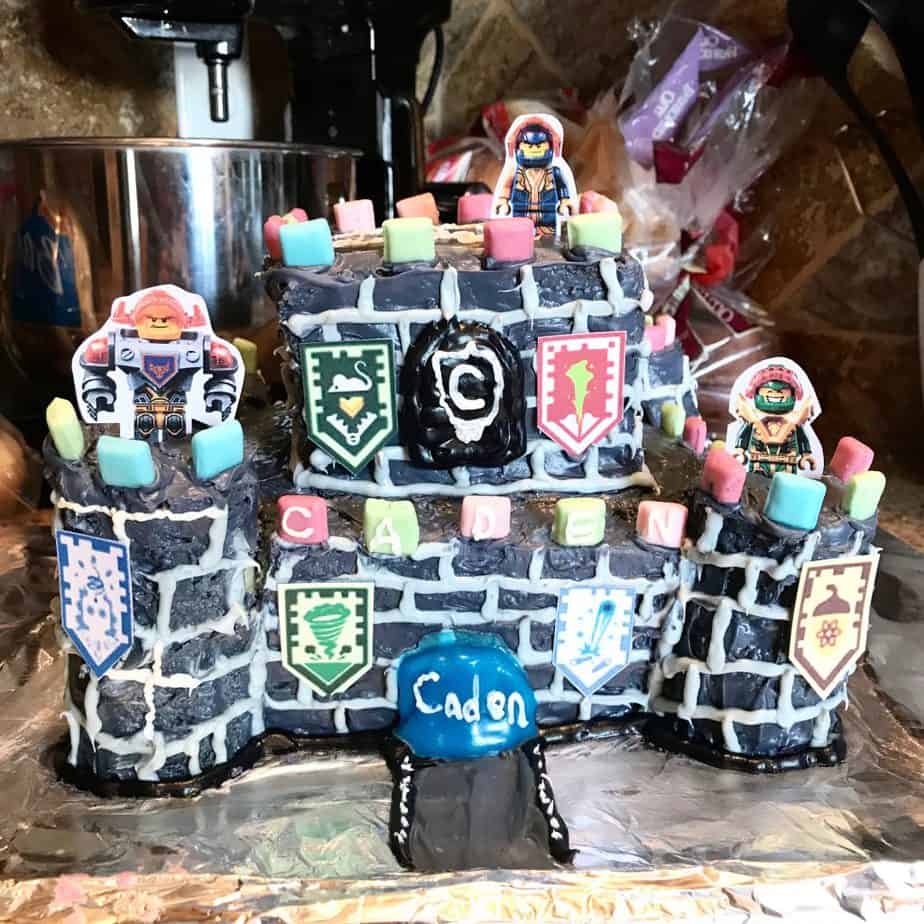 And, of course, my brother-in-law made a super awesome Lego Nexo Knights birthday cake castle with turrets and windows and doors and all kinds of stuff.

He baked two 9×13 pans of funfetti cake, used strawberry frosting to fill the layers, then shaped them.

He used a biscuit cutter for the turrets, which was so smart…and that also meant the turrets were made of all middle pieces – my absolutely favorite!

This summer has been so beautiful in Colorado. The temperature warms up during the day, but not to the point where it’s uncomfortably hot (says the girl who lived in Tucson for 7 years).

Then it cools down at night and makes it so pleasant to be outside in the mornings and evenings. I’ve been eating my breakfast on the porch every morning to enjoy it and running in capris and tank tops.

But those days may be coming to an end soon. 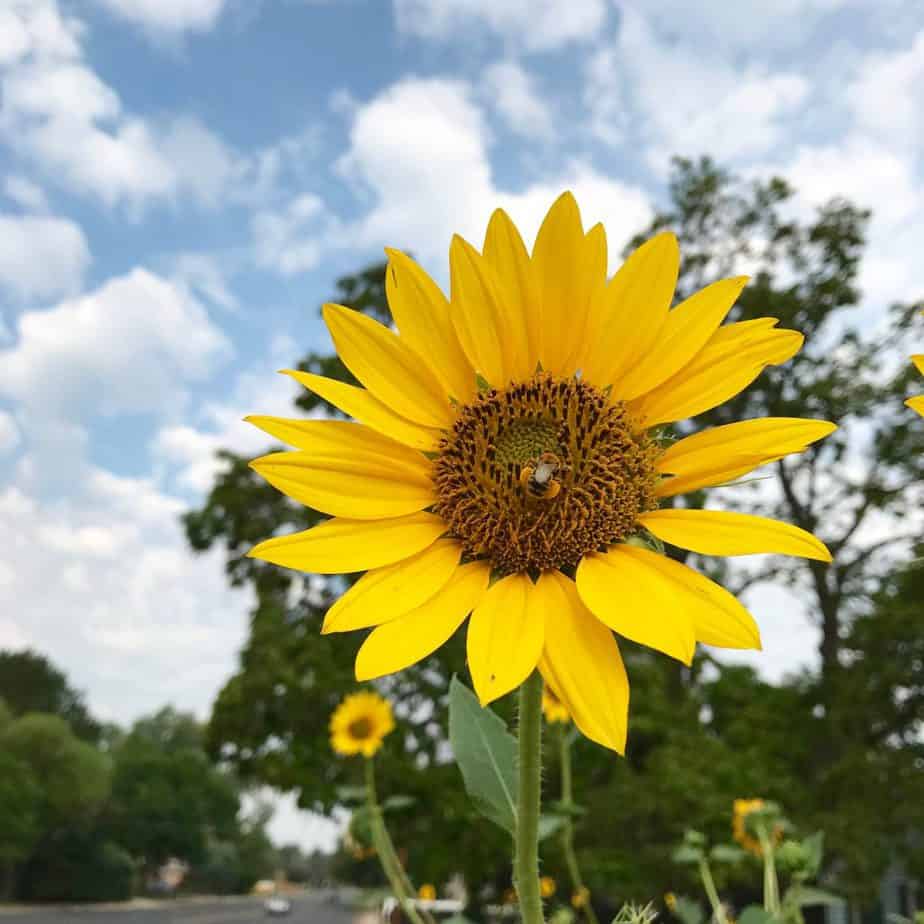 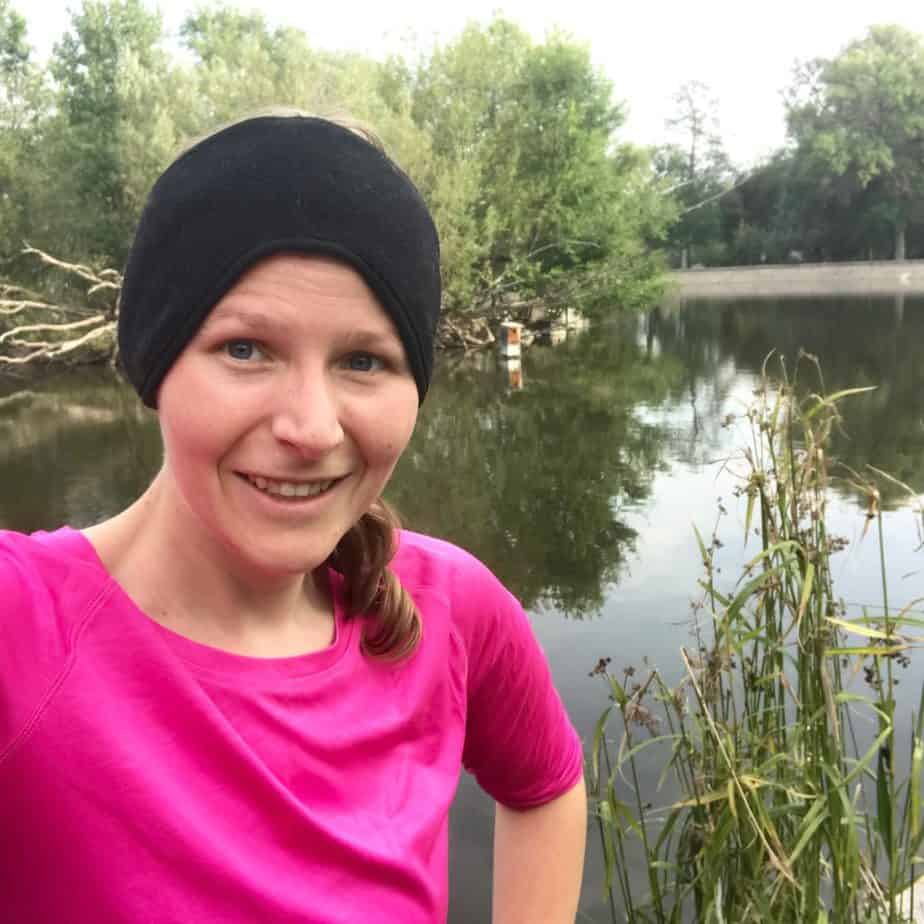 It really cooled off over the past week and the other day, I had to break out my ear warmer and long sleeve running shirt.

I stayed under a blanket all morning long and it was glorious.

I’m not sure that I’m quite ready to give up my warm summer mornings, but pumpkin spice season is a-comin’.

Adam’s company has a softball team that he just found out about. We went the other night for the first time and I was pretty impressed! He hasn’t played in a LONG time, but he just picked up the bat and hit a double like it was nothing.

Their all guys team is fairly competitive, but they were all so supportive of each other.

I sat next to one of the other guy’s fiance and she and I basically shared our entire life stories between cheering, so that was fun.

I have held back so far and only offered polite cheering so far, but I think I should pull out the foam fingers, cowbells, and poster board signs soon and jump head-first into Embarrassing Wife Territory.

I’m sure my shy husband would greatly appreciate that. 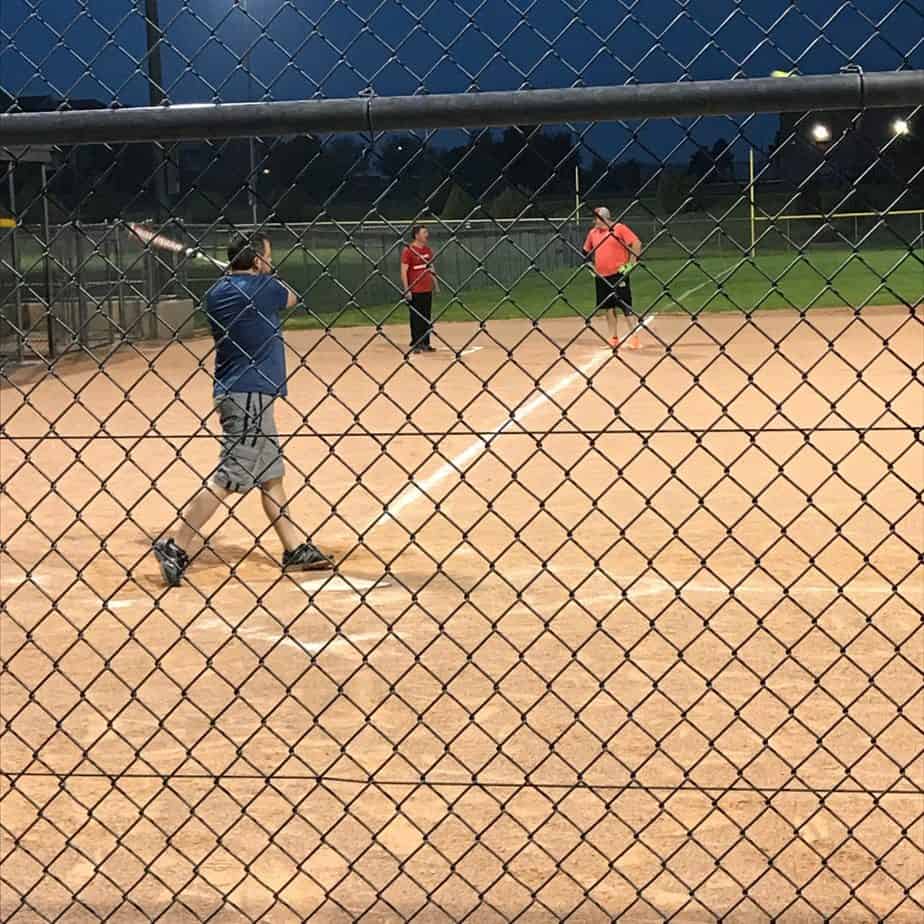 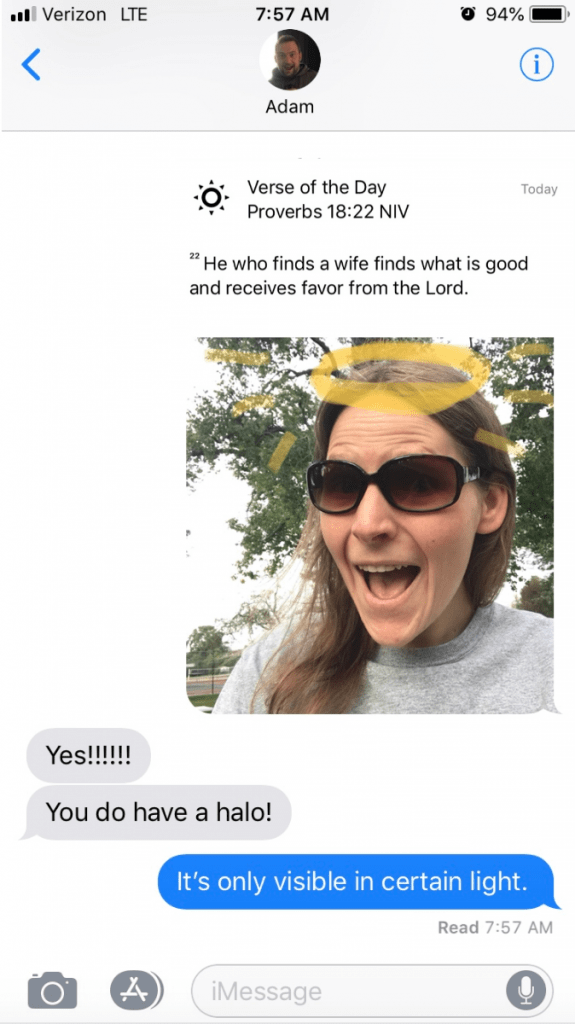 I was out on my morning walk the other day when my Bible app notified me of the verse of the day.

“He who finds a wife finds what is good and receives favor from the Lord.” – Proverbs 18:22

So, of course, I had to share it with Adam….because, you know, encouraging our spouses with Scripture is always a good thing. 🙂

And he went right along with it! Love that man.

I don’t drink caffeine very often anymore. I may have a cup of coffee at church once a month or so and that’s about it. I even have to be careful with chocolate. If I eat it after 4pm, it keeps me up at night (which makes me feel old just to say!).

The other day, I was in the middle of a big project. It was about 2pm and I was trying to grab a quick lunch that would allow me to keep working. I wasn’t paying attention and grabbed this protein shake.

After I had chugged it, I noticed that it had caffeine.

I texted Adam this picture, warning him that he was going to have the privilege of staying up late with me that night.

His only response was, “Oy.” 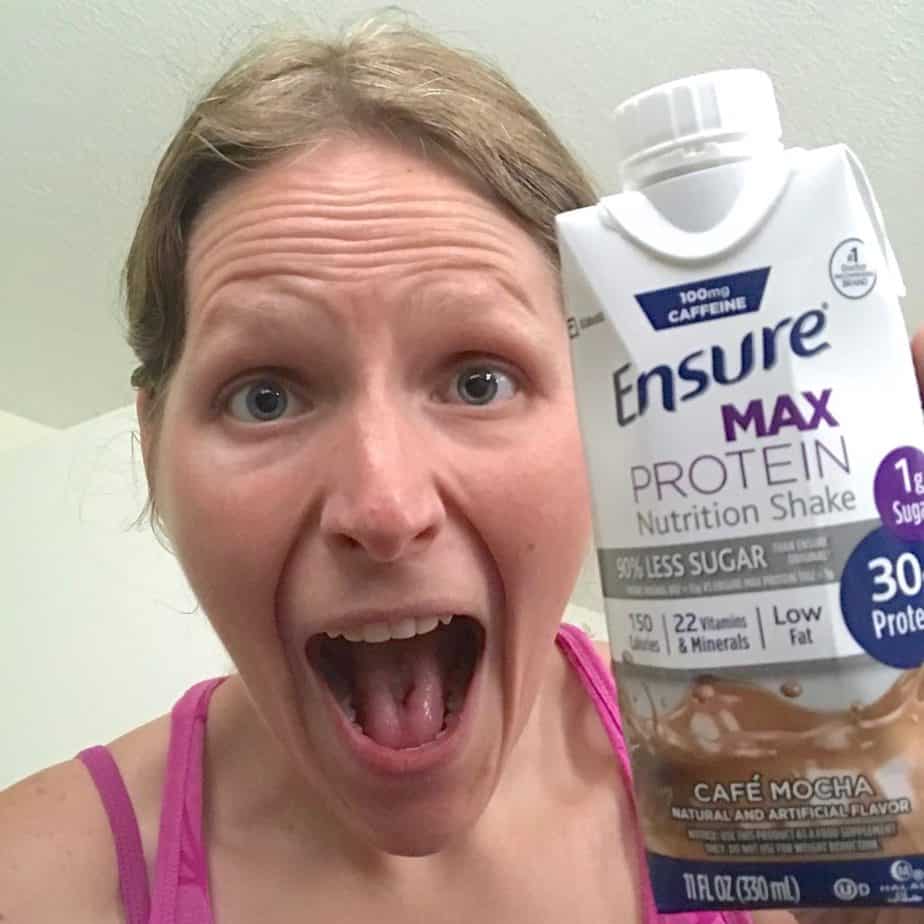 What’s New With You?

Enough about me, I want to hear about YOU.

What’s new in your life?

Have you ever made homemade yogurt?

What is the funniest gift you have ever received?

Have you seen Newsies? (This is an extremely important question)

What’s the coolest cake you’ve ever had?

Has it started getting cool where you are?

Are you sensitive to caffeine?