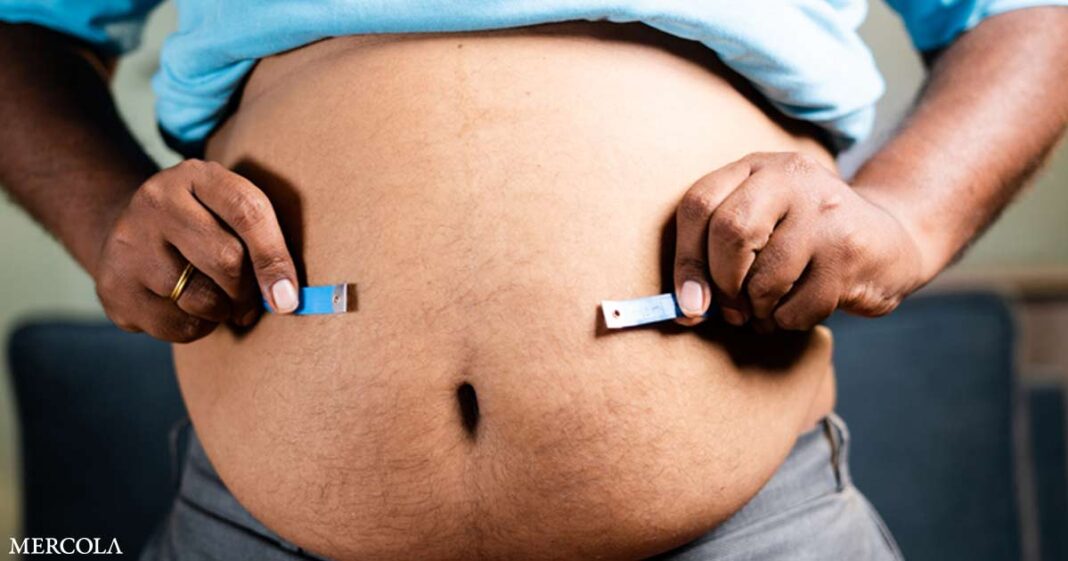 Rates of obesity are skyrocketing around the globe, bringing with them associated health problems like infertility, liver failure and knee osteoarthritis leading to an increase in knee replacement surgery.1 In 1975, an estimated 6.4% of women and 3.2% of men were considered obese,2 but this has risen dramatically.

In 2017, the prevalence of obesity in the U.S. reached 41.9%, with severe obesity reaching 9.2%.3 Heart disease, stroke, Type 2 diabetes and certain types of cancer are all considered obesity-related conditions,4 while knee osteoarthritis, a common cause of pain and disability, is also linked to obesity.

In Australia, close to one-third of adults are obese.6 In a study comparing data from the Australian Bureau of Statistics’ 2017 to 2018 National Health Survey with data from the National Joint Replacement Registry, researchers revealed that obesity is associated with an increased risk of undergoing knee replacement surgery.

Out of the 56,217 patients in the study who received knee replacement due to osteoarthritis, 31.9% were overweight and 57.7% were obese. The risk of knee replacement increased with body mass index (BMI) category, such that obese women between the ages of 55 and 64 were 4.7, 8.4 and 17.3 times more likely to have a knee replacement if they had class 1, class 2 or class 3 obesity, respectively, compared to women of normal weight.

Men with class 3 obesity were also 5.8 times more likely to undergo knee replacement than normal weight men, and also had the surgery 7.3 years earlier.7 Overall, the researchers noted that close to 90% of people who undergo primary knee replacement in Australia are overweight or obese. As for why obesity increases the risk of knee osteoarthritis (OA), they explained:8

“The contribution of obesity to the development of knee OA is multifactorial. Not only does obesity cause excessive loading of joint surfaces, but dyslipidaemia and adipose tissue inflammation increase cytokine production, which also contributes to the aetiology of OA.”

Knee Surgery No Better Than Placebo

Addressing the underlying obesity that’s driving up rates of osteoarthritis is essential to protecting your knees. Yet, surgery is a commonly recommended solution in conventional medicine. You should know that multiple studies have shown, however, that knee surgery may be no better than placebo.

The meniscus inside your knee is a thin crescent-shaped disc of cartilage that serves as a cushion between your femur and tibia and helps stabilize your knees.

Over time, your meniscus can develop tears, especially if you have arthritis. The standard orthopedic surgeon’s intervention for meniscal tears is performing an arthroscopic partial meniscectomy. In fact, arthroscopic surgery on the meniscus is the most common orthopedic procedure in the U.S.,9 but one study conducted in Finland found that arthroscopic knee surgery for degenerative meniscal tears had no more benefit than “sham surgery.”10

A landmark study conducted in 2002 also looked at arthroscopic surgery for knee osteoarthritis, and found the real surgery had no benefits over the sham procedure.11 While the surgery did not work better than placebo, it’s been found that arthroscopic knee surgery with meniscectomy increases the risk of future knee replacement surgery by three-fold.12

Exercise, on the other hand, along with rehabilitation in middle-aged patients with knee damage has been found to be as effective as a meniscal surgical repair.13 It’s also unfortunate that obesity is driving knee replacements to occur at younger ages, since your weight is also a significant factor in determining the potential success of a surgical repair.

For instance, research has found significant changes in the curvature of your knee joint within the first three months after injury with an increased body mass. The results found those who underwent surgery experienced greater flattening of the knee joint than those who used rehabilitation without surgical intervention when their body mass index was higher.14

Male fertility has been on the decline for at least 40 years, with a 50% global reduction in sperm quality noted from 1938 to 2011.15 The book, “Count Down,” written by Shanna Swan, a reproductive epidemiologist at Mount Sinai’s Icahn School of Medicine, is based on a 2017 study she co-wrote, which also found sperm counts dropped by 59.3% from 1973 to 2011.16

The most significant declines were found in samples from men in North America, Europe, Australia and New Zealand, where many had sperm concentrations below 40 million/ml, which is considered the cutoff point at which a man will have trouble fertilizing an egg. Overall, men in these countries had a 52.4% decline in sperm concentration and a 59.3% decline in total sperm count (sperm concentration multiplied by the total volume of an ejaculate).

Endocrine-disrupting “everywhere chemicals” are a key culprit, Swan says: “Chemicals in our environment and unhealthy lifestyle practices in our modern world are disrupting our hormonal balance, causing various degrees of reproductive havoc.”17 Disruptions to hormones can also affect weight, and exposure to environmental chemicals have been implicated in making the obesity epidemic worse.18

Children and adolescents who were overweight or obese, or who had high levels of insulin or insulin resistance, tended to have smaller testicles compared to their normal weight peers with normal insulin levels. According to the study’s lead researcher, “More careful control of body weight in childhood and adolescence may help to maintain testicular function later in life.”

Nonalcoholic fatty liver disease (NAFLD) is the most common chronic liver disease in developed countries,20 characterized by a buildup of excess fat in your liver that is not related to heavy alcohol use. Lifestyle factors such as diet, exercise, weight and smoking all play important roles in exacerbating (as well as reducing) your chances of developing liver disease.

In the U.S., 24% of adults have NAFLD, and another study presented at the Endocrine Society’s 2022 annual meeting suggested that high fructose consumption was associated with an increased risk of NAFLD.21 Foods high in fructose, including soda and candy, are associated with obesity and diabetes, which are also associated with NAFLD. Lead author Dr. Theodore Friedman of Charles R. Drew University in Los Angeles, California, said in a news release:22

Examples of seed oils high in omega-6 PUFAs include soybean, cottonseed, sunflower, rapeseed (canola), corn and safflower.23 Omega-6 is considered to be proinflammatory because of the most common variety, linoleic acid, which will radically increase oxidative free radicals and cause mitochondrial dysfunction.24

As researchers noted in the journal Nutrients, “In addition, a few studies suggested that omega-6 PUFA is related to chronic inflammatory diseases such as obesity, nonalcoholic fatty liver disease and cardiovascular disease.”25 Reducing your intake of fructose and seed oils while increasing your intake of healthy fats is a powerful way to support your liver health and a healthy weight.

It’s also important to avoid nearly all processed foods and fast foods, as virtually all of them contain these toxic oils and/or fructose. The easiest way to do this is to prepare the majority of your food at home so you know what you are eating.

Also, be aware that, because animals are fed grains that are high in linoleic acid,26 it’s also hidden in “healthy” foods like chicken and pork, which makes these meats a major source that should be avoided. Olive oil is another health food that can be a hidden source of linoleic acid, as it’s often cut with cheaper seed oils.

In addition to avoiding linoleic acid in seed oils, time restricted eating (TRE) is a simple powerful intervention that mimics the eating habits of our ancestors and restores your body to a more natural state that allows a whole host of metabolic benefits to occur.27

TRE involves limiting your eating window to six to eight hours per day instead of the more than 12-hour window most people use. Research shows, for instance, that people following TRE had significantly reduced body weight and fat mass, while preserving fat-free mass, along with improved blood pressure, fasting glucose and cholesterol profiles compared to those following a regular diet.28

Ideally, you’ll want to stop eating for several hours before bedtime, then start your eating window in mid- to late morning after you wake up. TRE, along with a comprehensive lifestyle program to support a healthy weight, including exercise, daily movement and stress reduction, can help you to maintain a normal weight and avoid the pitfalls of obesity, including knee problems, infertility and liver damage.

Healthy in Mind Body and Spirit

These Hollywood Celebrities Are Surprisingly Pakistani