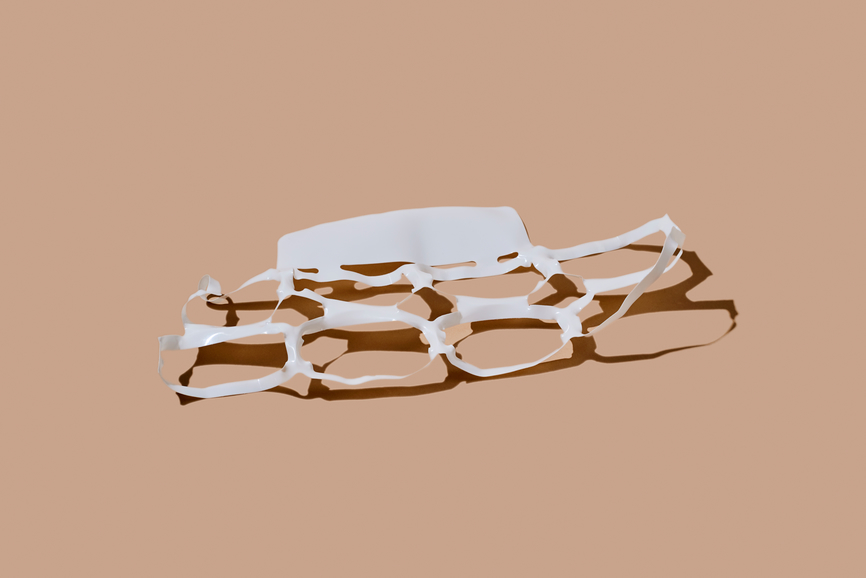 This month, the term “greenwashing” made its official debut in the Merriam-Webster dictionary and was given a clear-cut definition for the first time: “To make (something, such as a product, policy, or practice) appear to be more environmentally friendly or less environmentally damaging than it really is.”

By now, we’re more than well-aware that one of the most harmful threats to public health is climate change, and many companies are increasing their efforts to mitigate their footprint on the planet in response. Take Coca-Cola, for instance: The international beverage company worth an estimated 87.6 billion dollars recently announced that they would be replacing plastic rings with paper packaging in their can multipacks. The transition is expected to remove nearly 75,000 pounds of plastic packaging per year from the supply chain for approximately 3.1 million cases.

While encouraging, we can’t help but wonder if this initiative is a real and significant step in the right direction or simply a stealthy PR move to encourage consumer loyalty (see also: greenwashing at its best). Especially considering the fact that just a few years ago, Coca-Cola Company revealed that it produces three million tons of plastic packaging a year (for context, one ton is equal to 2,204.6 pounds).

To better understand the impact of green efforts being made by large corporations like Coca-Cola in the consumer packaged goods (CPG) industry, we asked several sustainability experts to share their take on these initiatives, including what they really mean for the planet.

According to Jennifer Russell, PhD, an assistant professor in the department of sustainable biomaterials at Virginia Tech with over a decade of experience helping CPG companies develop comprehensive sustainability strategies, Coca-Cola’s move toward paper packaging can be good news. “Inherently, the world recognizes that paper is recyclable, so it’s much more likely for it to go into a recycling system if there is one. If that paper is littered on the side of the road, it’s also inherently more biodegradable than plastic, so that’s still an improvement over plastic,” Dr. Russell says.

Jeremy Walters, a Sustainability Ambassador at Republic Services, a waste management company, also agrees the move can be especially good news for recycling facilities. “The elimination of plastic rings or shrink wrap makes the entire product and its packing easily recyclable,” he says. “Aluminum cans and plastic bottles are highly recyclable, as is cardboard, but plastic rings are not. It is encouraging to see CPG companies shifting towards materials that can be easily recycled and are widely accepted in curbside recycling programs.”

Dr. Russell also points out that plastic, generally speaking, has a lifecycle with a significantly larger footprint than paper. In fact, the chemicals industry (which includes ingredients in cleaning agents, cosmetics, and pharmaceuticals, pesticides for agriculture, acids for mining, lubricants for machinery, and, yes, plastics) is the largest industrial user of oil and gas and it has the third-largest carbon footprint behind steel and cement. “Moreover, plastic that ends up in landfills can live there for more than 400 years,” she adds. Not to mention waterways, coral reefs, and beaches—littered plastic has contributed hugely to the 24.4 trillion pieces of microplastics that exist in the world’s upper oceans.

Keep in mind, however, that paper-based materials, like Coca-Cola’s new can rings, still have a footprint of their own. “This is why sustainability efforts by large corporations should tackle every part of a product’s lifecycle and, therefore, must be analyzed holistically,” Dr. Russell says. “Making packaging more recyclable, recoverable, and less harmful to the environment—if it doesn’t get directed into the right system—is incredibly important, but it’s just one part of a very complex and lengthy equation.”

When examining how sustainable paper goods are, Dr. Russell focuses on a few key factors, like where the paper is coming from, how it was sourced, and how much it will weigh. For starters, she looks into whether the paper comes from primary fibers (directly from trees) or secondary fibers (from recycled content). And if it is coming from primary fiber, is it from a sustainably-managed forest or not? Lastly, she considers how much the packaging weighs and how much emission-causing transportation will be involved in its supply chain.

The next layer to consider is what happens to packaging once it’s in the hands of the consumer. Does it end up in a recycling system or as trash in a landfill? Unfortunately, despite advancements in waste management, access to recycling and participation in the U.S. continues to be challenging. According to The Recycling Partnership, out of 37.4 million tons available to be recycled, 20 million tons are thrown in the trash due to a lack of access and participation. They also note that about only half of Americans have automatic access to curbside recycling, and of these, only 72 percent of homes actually recycle.

What’s more, Walters explains that CPG materials are not all created equal, and some can even slow down or halt the recycling process altogether. “Flexible plastic packaging, including shrink wrap and the rings that used to hold Coca-Cola cans, is challenging for recycling facilities. These items often get tangled in the sorting equipment at a recycling facility, causing jams and delays. And because this packaging can’t be processed at traditional recycling facilities, it ends up going to the landfill,” he says. According to Walters, of the 14 million tons of plastic produced annually in North America, about eight million tons are flexible packaging, which, again, cannot be recycled in consumers’ curbside bins.

All to say that it certainly sounds like Coca-Cola is taking a big step in the right direction. However, despite the fact that flexible packaging is a much bigger threat to operations at waste management facilities, Dr. Russell says that it’s still impossible to assuredly state whether or not Coca-Cola’s new paper packaging will ultimately be better for the environment than plastic rings. Why? Because each and every step of the supply chain—plus where the paper packaging ends up once it’s trash—must be analyzed to fully understand its impact on the environment. (And as a side note, access to such detailed information regarding CPG supply chains and product life cycles isn’t exactly readily available to the public.)

That being said, based on what these sustainability experts can deduce from the information they have, research does indicate that paper is more recyclable at its end-of-life stage than plastic, generally speaking, and it’s far easier to process at waste management facilities. Thus, the switch from plastic to paper can rings ideally should be considered a significant improvement over more plastic going to landfills or our waterways.

Should consumers trust that sustainability initiatives by large corporations are not all just corporate greenwashing?

Although we might instinctively raise an eyebrow when it comes to large corporations stepping up their sustainability efforts due to concerns over potential greenwashing, experts acknowledge that these initiatives, though they can be small, can act as an model for more responsible behavior in the industry and invite other companies to do the same. “If a company makes a sustainability change and tells consumers, I think that’s wonderful,” says Randi Kronthal-Sacco, senior scholar of marketing and corporate outreach at the NYU Stern Center for Sustainable Business. “And if that pushes another company to make a change, even better. Perhaps that change will ultimately make sustainability table stakes for that category.”

It’s also important to note here that there has been a significant uptick in consumer demand for more sustainable products in recent years. This is proven by the most recent NYU Stern Center for Sustainable Business’ Sustainable Market Share Index, an annual analysis of the latest national purchasing data for CPG products marketed as sustainable that Kronthal-Sacco oversees. The results showed that the younger the household, the more likely they are to buy sustainability-marketed products when surveyed about categories like carbonated beverages or self-care items. “Our work with actual purchasing data indicates younger users [millennials] are conscious consumers and want to buy products that reduce their impact on the environment,” Kronthal-Sacco says. But the younger set is not alone: Most sustainability-marketed product purchases actually came from Gen X and Boomers. What’s more, a February 2022 report by IBM survey showed that three out of four consumers (77 percent) say they want to make more sustainable choices at home—and that figure skyrockets to 92 percent for individuals who are highly committed to sustainability and social responsibility.

So how can companies meet the consumer interest in purchasing more sustainable products in a genuine, responsible manner—and without greenwashing? Well, according to Kronthal-Sacco, it’s going to be a slow burn. But one way to know if claims are correct, she says, is by checking the labels on the packaging. “I think consumers should feel pretty confident that the claims that are being made are mostly accurate, because there are guardrails and regulations in place to ensure accuracy. Anyone interested in understanding a brand’s sustainability profile can look at the package. If you make a misleading or inaccurate claim on the package, your competitors will react legally. They are the ones who keep you in check. If you are found to be communicating a false or misleading claim, financial damages could be incredibly significant,” Kronthal-Sacco says. Repercussions for false claims on packaging, she says, can include the removal of goods from the shelves, the warehouse, and distribution centers and the destruction of packaging materials that reflect this false claim. “Thus, companies do pay very close attention to designing packaging that is accountable for any claims they make, on the one hand to protect themselves legally, but also substantiate their sustainability efforts,” Kronthal-Sacco says.

Although labeling is only one way to seek out the truth behind corporate sustainability efforts (and, let’s be honest, label claims can be bogus and confusing whether they’re closely regulated or not), it’s undeniable to say that much work needs to be done to encourage greater transparency in sustainable business practices and establish more trust between businesses and consumers. Chris Coulter, CEO of GlobeScan, a consulting firm that focuses on building a brand’s purpose and sustainability efforts, agrees that consumer trust is a big issue for large corporations. “According to our Oxford-Globescan Corporate Affairs Survey in 2022, 53 percent of companies surveyed said they are concerned about being accused of greenwashing, and 21 percent had been accused of greenwashing in the past year,” he says. This means that as consumers press for more sustainable CPG products in the market, corporations must work to respond with equitable sustainability solutions to maintain (or gain) consumer trust. One such way businesses have been establishing their environmentally-friendly credibility is through B Corp certification, which are companies that meet high standards of social and environmental performance, accountability, and transparency. This B Corp labeling can be found printed on CPG products, which is a good sign in Kronthal-Sacco’s “CPG accountability” book.

Still, while Coca-Cola’s move toward paper packaging might not solve every issue, it’s certainly a step in the right direction. “As I like to tell my students, there’s no one single fix that’s going to help. It’s going to be billions of incremental shifts in behavior, infrastructure, and design, [to name a few]. It’s not going to be just one big thing. It’s going to be the aggregation of billions of little changes,” Dr. Russell concludes.

Cameron Field | Give It Your All — A Dancer’s Life