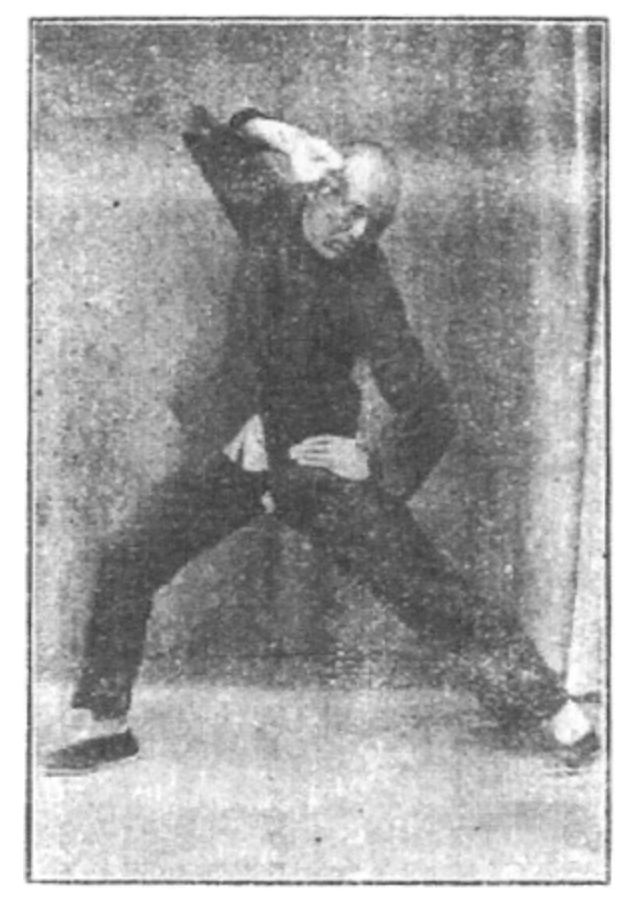 I got asked once by a CMA practitioner what the “Shen fa” (body methods) of Brazilian Jiujitsu were and I drew a blank. The only answer I could come up with was “we don’t have any”. What I think we have instead though are foundational movements. Let me explain.

While Chinese martial arts like Tai Chi, Xing Yi and Bagua all have “Shen Fa”, which are “body methods” that need to be internalised before the practitioner can be considered sufficiently proficient in the art, Brazilian Jiujitsu doesn’t have them in the same way. Instead, it has a series of foundational movements that crop up so often in techniques that they are considered the foundations of the art, and are usually done in class as warmups.

I taught an interesting Jiujitsu class this week. (Well, I thought it was interesting – I think you’d have to ask the students themselves what they thought!) I started with the group practicing the basic Technical Stand Up both forward and reversed (which is doing it backwards, so you go fro standing to sitting down), then with variations like a knee or an elbow on the ground instead of a foot or hand.

A Technical Stand Up is a way of going from sitting on the ground to standing up that exposes you to the least risk if you’ve got an aggressive person attacking you. It minimises your chances of getting kicked in the head and also affords you the ability to kick back at the attacker’s knee, possibly hyper extending their leg painfully.

Once everybody in the class could do a Technical Standup well enough we went on to practice applications that utilised it as part of the technique. A good example is a basic X Guard sweep, or a way of returning to base after completing a tripod sweep. (I’ll not explain what those are here, because I don’t want to get lost in the details of these techniques in this post, because that’s not what this is about.)

Foundational movements in Jiujitsu include the aforementioned Technical Stand Up, but also things like a bridging movement, a hip escape (shrimp), a triangle, a forward (and backwards) roll and an inversion. If you can’t perform these basic movements correctly then your chances of doing any technique correctly are going to be severely limited.

In contrast, Chinese martial arts “body methods” include things like dantien rotation, opening and closing the chest and rounding the kua. These body methods are postural observances and ways of moving that need to be kept in place during all movements.

Why one art should have developed body methods, and the other not even have that concept, is worth thinking about, and I think it relates to the role of form in Chinese martial arts. Practicing solo movement in the shape of a form done in isolation from other people allows the possibility of subtle things like body methods to be developed.

There are no forms in BJJ. Sure there are solo exercises you can practice to warm up or condition the body, but they don’t have the same function as form (tao lu) does in CMA. BJJ is heavily partner orientated. All the drills and sparring need another person physically there to do it with. To practice BJJ we literally have to get together with other people in nice matted areas and throw down. There is no other way.

These body methods in CMA have resulted from forms, but my suspicion is that this was never planned, rather they have grown out of a situation that happens when you are required to practice forms. Why CMA started practicing forms in the first place is a different question – there are some clues as to why that might be in the video I shared the other day by Simon Cox on the Taoist concept of the Subtle Body.

It’s analogous to the situation in China between Shuai Jiao and Kung Fu (Wu Shu). Shuai Jiao has no extended tao lu (forms), like Kung Fu does, but it has an awful lot of solo conditioning exercises with and without weights and belts. I’m not a Shuai Jiao practitioner, but I think you’d be hard pressed to say that Shuai Jiao has Shen Fa in the same way that the various Kung Fu (Wu Shu) styles do.

Is one approach better than the other? I don’t know. They’re just different and personally I enjoy practicing both.