Qigong with Music: Yay or Nay? 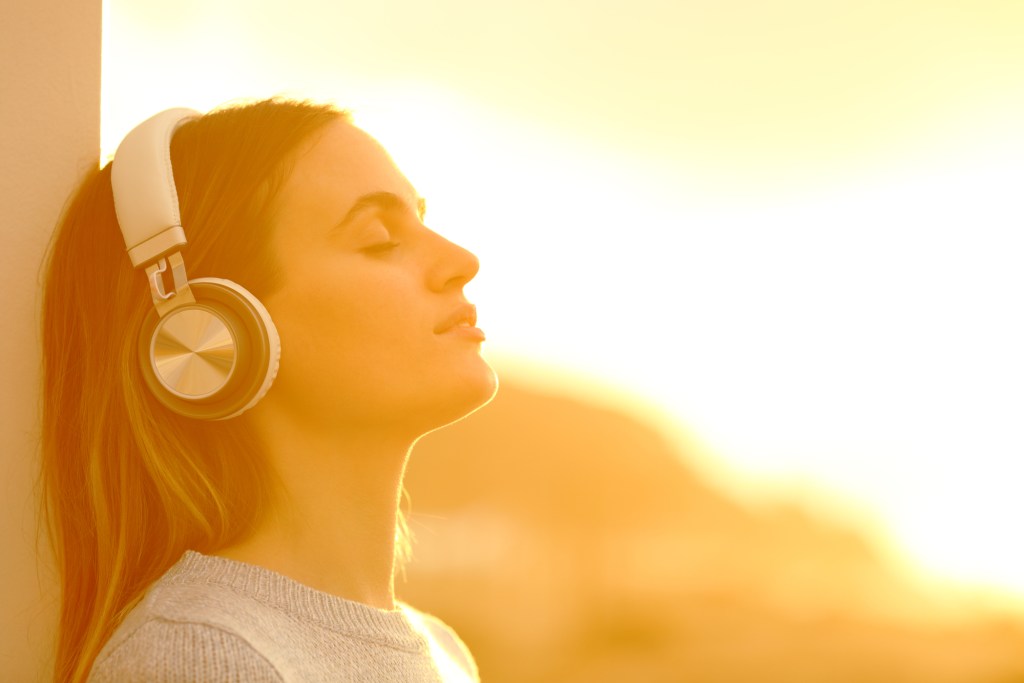 Today, I’m a more mature teacher. I’ve learned to think for myself rather than just parrot what my teacher (or ex-teacher, as the case may be) told me. As a result, I’ve changed my mind. You might even say that I’ve changed my tune. Har!

Let’s take a more modern and practical look at this question.

The History of Qigong & Music

There is no historical precedent for qigong students listening to music while practicing. It just wasn’t an option, unless you were rich enough to hire a merry band of lutists for your own practicing pleasure. That’s why it’s a little weird when qigong masters tell us not to listen to music simply because past masters didn’t do it. I mean, it’s not like they actively made a choice. There was no choice!

For all we know, past masters would have loved listening to Metallica while practicing qigong. Okay, probably not, but hey, we just don’t know, and that’s my point. Since past masters didn’t have millions of songs at their fingertips like we do, we need to look elsewhere for our answers.

As is often the case, I gained insight from my students. They say that to teach is to learn twice, and I have found that to be true in my career. I’ve learned as much from them as they have from me.

Years ago, a student in my qigong studio told me that practicing with music really helped her. She happened to be a diligent student. Unlike my own teachers, I decided not to trivialize her experience.

Not long after that, another student told me that listening to relaxing spa music with headphones helped her to practice more consistently. She had created a playlist that was just the right duration, and she used it as a form of digital discipline. Just press play, then let the qigong flow.

Helping students to practice more consistently has been a passion project of mine for decades now. Since a lack of practice is the #1 cause of failure in qigong, it’s a topic that I take very seriously. So when this student told me that she was practicing more consistently thanks to spa music (hey, to each their own!), I had to pay attention.

In 2019, I was staying in my campervan at a beautiful campground in Asheville, NC. One of the reasons I loved living in the campervan was because it allowed me to spend more time in nature. There’s nothing like practicing qigong in the cool mountain air.

However, this particular campground was crowded. A bunch of pesky humans were making noise while I was trying to do my evening qigong session. So I put in my noise-canceling Bluetooth headphones and said, “Hey Siri, play some nature sounds.” Siri obliged, and I had a beautiful practice session.

I’m sure you get the irony of this. I was out in nature, listening to nature sounds through Bluetooth headphones. And yet, modern life is often like this.

After that, I saw some research about nature sounds helping to relax the nervous system, even when recorded. In my case, the effect was obvious. In that situation, listening to “music” helped me to have a more focused session.

Not long after this, a student suggested I try something called Binaural Beats. So I found an album on Apple Music and gave it a try.

Binaural Beats create what’s known as an “auditory illusion”. This effect is created when each ear hears a slightly different frequency. Somehow, this causes the brain to be more focused.

I don’t know the latest research on this, but binaural beats purportedly create a mental state similar to meditation. Some of the benefits attributed to it are:

The heart of my teaching is something called the Zen mind. So if something can help us to enter into a Zen state of mind more easily, then it’s going to be a big boon for our qigong practice. So I tried it.

And you know what? I think it helped a little! It’s hard for me to say because I’ve been practicing for a long time without music. So the effect may not be as noticeable for me. You should try it yourself to see how it goes.

If you want to try nature sounds or binaural beats or spa music, go for it! I’m always encouraging students to experiment with their qigong to see what works best for them. This is no different.

Caveat #1: If you ALWAYS practice with music, then it can become a crutch. If you can’t find your headphones, does that mean you can’t do your morning qigong? What if you’re traveling? What if you’re hiking and just want to stop and do 5 minutes of qigong?

This isn’t a big deal as long as you’re practicing consistently, but it’s something to consider. In the end, if music and/or headphones help you to stay more consistent with qigong, then I say it’s a net gain.

Another caveat is with powerful music. As a musician, I may not be the best judge of this, but it’s something to watch for.

If I try to listen to something like the Beethoven Violin Concerto, it grabs a lot of my attention and also moves my energy. In other words, if I’m listening to Beethoven, I cannot get the relaxed, focused attention that I need for qigong.

For me, Beethoven (or Brahms or Dvorak or whatever) doesn’t easily slip into the background. Maybe that’s different for you, but try to pay attention to it. Maybe save classical or powerful music for another time.

Again, this is why I think it’s helpful to have something to compare to. If you only ever use classical music during your qigong sessions, then you may not even know what I mean when I talk about a relaxed, focused attention.

If you want to experiment with nature sounds, Binaural Beats, spa music, or any other form of music during your qigong sessions — go for it. Experiment, and see how you feel. Are you able to go deeper into your sessions? Do the headphones act as a form of digital discipline? Does starting a playlist act as a subtle ritual that initiates your practice?

If you’re practicing indoors, then I think that there’s a strong argument for trying nature sounds during your session. Not only will it cover up distracting noises from your house, but it can help to relax your nervous system, which is a good thing.

If you’re outdoors, then it’s a toss-up. Even in downtown Jacksonville where I live right now, there are nature sounds if I go to the park to practice. At least some of the time, listen to those sounds rather than the ones on Apple Music! Best regards, Sifu Anthony

I’m Anthony Korahais, and I used qigong (pronounced “chee gung”) to heal from clinical depression, low back pain, anxiety, and chronic fatigue. Today, I’m the director of Flowing Zen, an international organization with students in 48 counties. I’ve been teaching qigong since 2005, I’ve served on the board for the National Qigong Association, and I’ve helped thousands of people to use qigong for their own stubborn health challenges. If you’re ready to get started with qigong, there’s no better way than my best selling book, which comes with free videos and meditations. The sooner you read my book, the sooner you can start healing! Click here to see my book on Amazon.