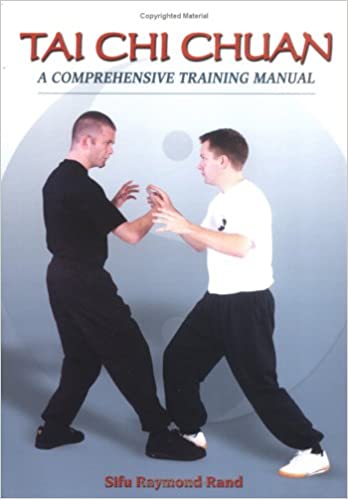 Thanks to Ken Gullette at Internal Fighting Arts I just caught wind of this new book that’s just come out called Chen Taijiquan Illustrated. I had a quick look on Amazon using the “Look Inside” feature and the illustrations look fantastic. It looks like it’s designed to be halfway between an instruction manual and a comic. It’s a very cool style that’s quite unlike any Tai Chi book I’ve seen before.

I think that often Tai Chi books, with pages after pages of printed text, can be a bit off putting for people who are learning an art that is all about feel, movement and “doing it”, not “reading about it”. And when they do have photographs in them they are often black and white and a bit dull and lifeless. So, for the visual learners out there, I think the colourful and imaginative approach found in Chen Taijiquan Illustrated will work very well.

Here’s another thing: Looking at the contents page, this is the first Tai Chi book I’ve seen that mentions the concept of Man, which translates as Slowness, apart from the book written by my Tai Chi teacher. Man is a concept my teacher talks about a lot, and it’s nice to see it mentioned in another Tai Chi book – I was starting to think that it was a concept that was unknown to the rest of the Tai Chi world!

Obviously everybody and their dog knows that Tai Chi is done slowly, but Man is more of a mental quality than a reference to the speed of the form. It can be thought of as “not rushing”. The speed you are moving at is irrelevant to the concept of Man, but if you want to acquire the ability of Man then the best way is by slowing the form down and focusing on keeping your mind on what you are doing. Whenever you find your mind wandering off you just stop the form (no matter how far through it you are) and start again. After a few weeks or months you’ll find you are much better at staying focused on your form than you were before. By adopting the qualities of “not rushing” you open up the headspace required to be aware of other things going on, things that you would simply miss otherwise. I’ve written about not rushing before.

At £16 Chen Taijiquan Illustrated is not particularly expensive for a colour book either. And I’d love it if there was a book on Brazilian Jiutjisu that was written and illustrated in the same manner because I think it would also benefit from this approach. Incidentally, there was a good book written about Brazilian Jiujitsu recently, that has colour photos (and very nice ones too) that I still dip into now and again called Nonstop Jiujitsu, by Stephan Kesting and Brandon Mullins. I reviewed it on my blog recently, so check out my review.

I’ve ordered my copy of Chen Taijiquan Illustrated so will review it at some point in the future.

Our Waikiki Recap (+ what to do and where to stay) –