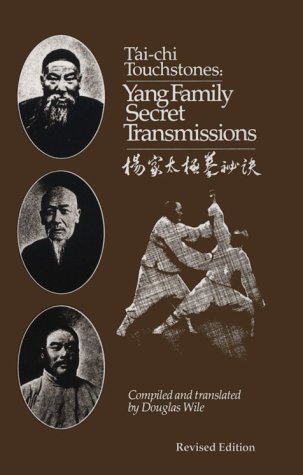 The Yang Family Secret Transmissions book contains a number of writings that are seen as additions to the main Tai Chi Classics documents.

Amongst the documents is “The Song of Pull down”. “Pull down” is the name of one of the ‘8 energies of Tai Chi’, there’s a song, meaning verse, for each of the energies in the book. Here’s the Pull Down song:

You’ll see the reference to four ounces moving a thousand pounds in this verse. This also appears in the ‘Treatise of Tai Chi Chuan’, one of the main Tai Chi classics, where it says:

Leverage, of course, is different to pure strength. As Archimedes said about leverage:

“Give me a place to stand on, and I will move the earth.”
(quoted by Pappus of Alexandria in Synagoge, Book VIII, c. AD 340)

By using leverage you can significantly increase the amount of power you can generate. The martial arts that will teach you the most about leverage are all grappling arts – Shuai Jiao, Judo, BJJ, etc..

For an example of leverage in marital arts – look how much pressure is required to break the elbow at the end position of an armbar in BJJ – you could say that it’s about….. 4 oz.

When looking for the energy of Pull Down in the Tai Chi form you find it all over the place. A classic posture its used in is the Raise hands/ Play Guitar type of movements. Here you hold the wrist and elbow of the attacker, and apply pressure to hyperextend the arm. Again, this is another example of leverage.

My Tai Chi teacher tends to call the energy “shock” rather than “Pull down”, but its application is the same. It’s a short sharp jolt to the system that usually has the effect of getting you up on your toes, or moving forward or backwards whether you want to or not. And the only way to do that to somebody, without being significantly stronger than them, is through the use of leverage.

Look out for the movement in the video where he pulls the attacker’s arm down to uproot him and says “this is shock” (around the 1 minute mark).