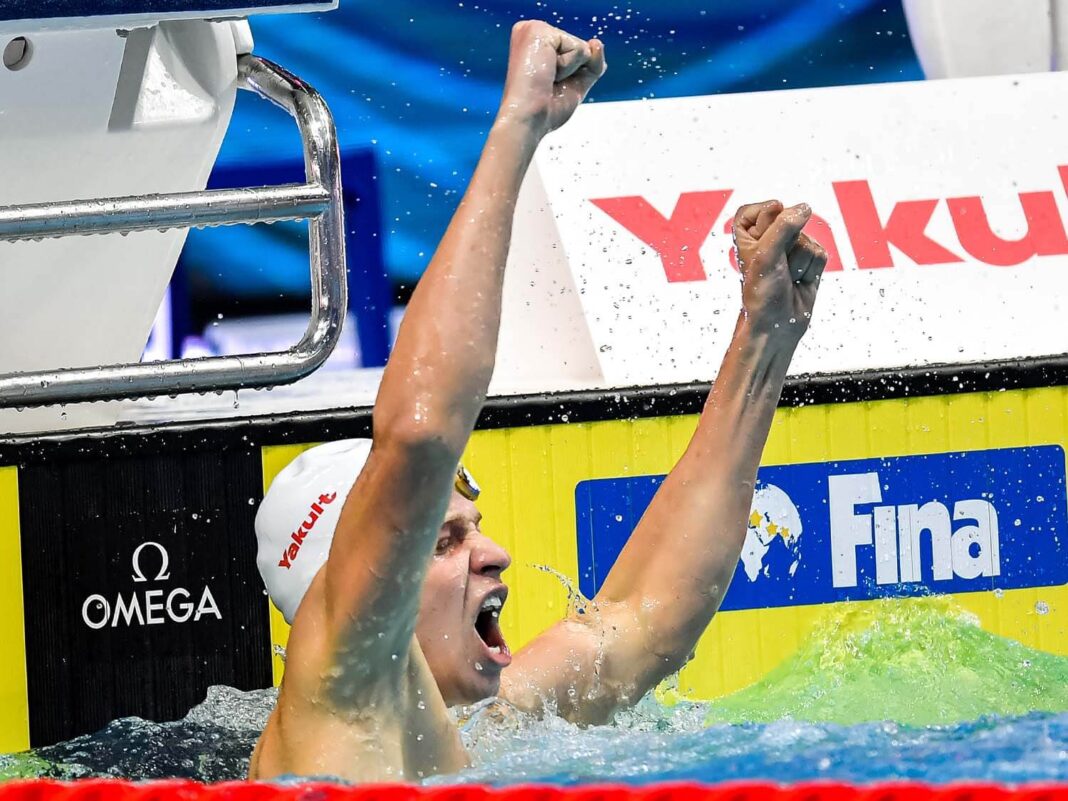 Through the first half of the FINA World Championships, a pair of world records have been established, courtesy of Europeans Thomas Ceccon and Kristof Milak. And during Wednesday’s evening session, two more global standards should be under fire, thanks to the presence of rising stars David Popovici and Leon Marchand.

Ceccon was the first world-record setter in Budapest, as the Italian clocked 51.60 to capture gold in a sensational final of the 100-meter backstroke. Ceccon led the entire podium under the 52-second barrier, his standard leading him to the gold medal ahead of Americans Ryan Murphy and Hunter Armstrong.

A day later, Milak bettered his own world mark in the 200 butterfly, taking the record down to 1:50.34 at the Duna Arena. Racing in front of a home crowd, the Hungarian won the race by more than three seconds over Marchand, who was superb en route to the silver medal in 1:53.37. Milak held the previous record at 1:50.73, set at the 2019 version of the World Champs.

Will Ceccon and Milak have company in the world-record lounge?

Already the champion of the 200 freestyle, Romania’s Popovici is the heavy favorite to capture the gold medal in the 100 freestyle. While reigning champion Caeleb Dressel has withdrawn due to medical circumstances, Popovici was brilliant in the semifinals of the 100 free, going 47.13. That time was not far off the world record of 46.91, held by Brazil’s Cesar Cielo since 2009.

When Popovici won the 200 freestyle, he sliced more than a second off his time from the semifinals to the final. If the 17-year-old once again has another gear for the championship race, look for Cielo’s record to go down.

As for Marchand, the Frenchman will contest the final of the 200 individual medley on Wednesday, and is looking to complete the medley double. Marchand jumpstarted the week by winning the 400 I.M. in the second-fastest time in history, a 4:04.28 clocking that wasn’t far off the 4:03.84 world record of 28-time Olympic medalist Michael Phelps.

Marchand paced the semifinals of the 200 I.M. with a performance of 1:55.75. The world record in the 200 medley has been in the ownership of Ryan Lochte since 2011, when he went 1:54.00 at the World Championships in Shanghai. Given the form flashed by Marchand in the longer medley and 200 fly, he surely has more to bring in the final of the 200 I.M., and something sub-1:54 is not out of the question.