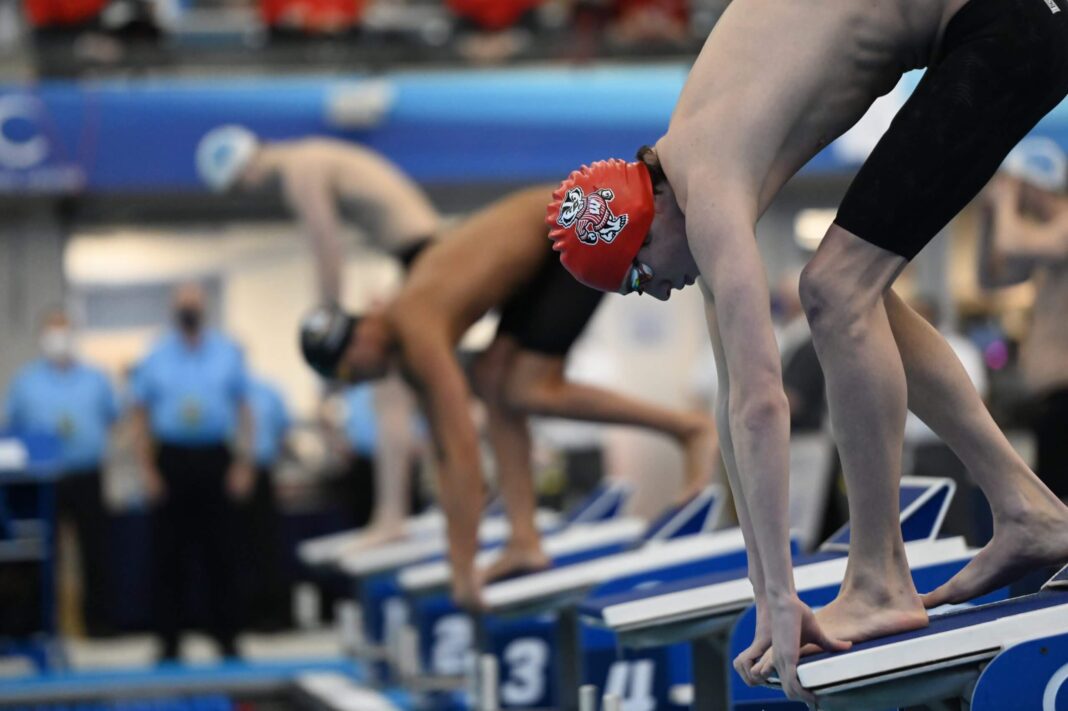 The Wisconsin swimming and diving teams opened the 2022-23 season with wins at Arizona on Friday afternoon. The 16th-ranked women’s team defeated the Wildcats 165.5 – 135.5 while the 20th-ranked men’s team won 164-134. The Badger men won nine events while the women’s team claimed eight events.

Wisconsin swimming junior Jake Newmark was a four-time event winner for the men. The reigning Big Ten Conference champion in the 500 free kicked off his season with a win in his signature event, touching the wall in 4 minutes, 32. 68 seconds. He also took the 1000 free in 9:17.09, the 200 back in 1:47.99 and was a member of the winning 400-free relay. Newmark teamed with Andrew Benson, Newmark, Ben Wiegand, and Isaac Casey-Hrenakto win in 2:56.07.

Jekel, Benson, Wiegand and Will Myrhe kicked off the meet with a win in the 200-medley relay, combining for a 1:27.14 clocking.

Freshman Dominik Torok kicked off his collegiate career with a victory in the 200 IM in 1:49.35.

For the Wisconsin swimming women, junior Phoebe Bacon was a triple-event winner. She kicked off her season with a win in the 200 free in 1:49.22 and in the 100 fly in 54.11. Bacon was also a member of the winning 400-free relay, teaming with Abby Wanezek, Abby Carlson and Blair Stoneburg to touch in 3:21.10.

The Badgers also claimed the top-three places in the 200 breast and in the 200 IM.

In the breaststroke, senior Elizabeth Moore kicked to a 2:13.91 win while sophomore Katie McClintock finished second in 2:18.59.

Wisconsin swimming also claimed the top-two spots in the 100 back as sophomore Mackenzie McConagha won in 54.70 and freshman Wanezek too second in 55.99. Wanezek also won the 100 free in 50.42.

Divers Bjorn Markentin and Delaney Schnell both took first place in the men and women’s 1m and 3m events.

Addicted to Your Phone? Ideas for Spending Less Time on Phone