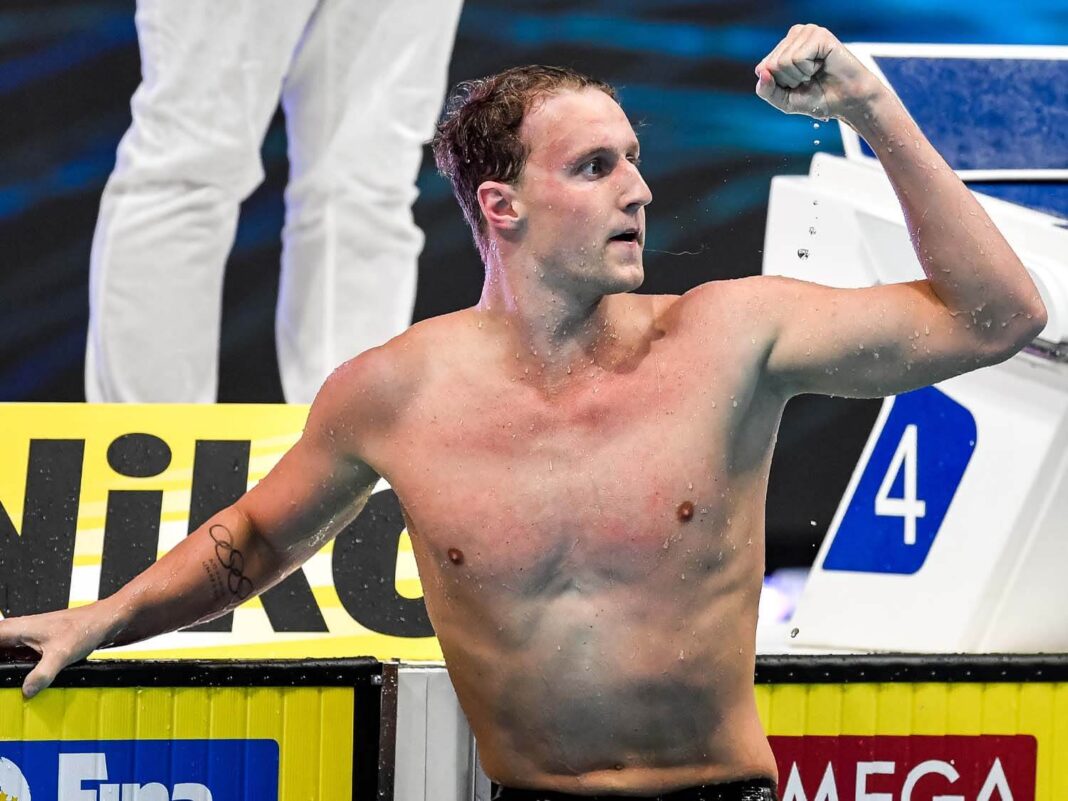 Australia is now five-for-five in relay gold medals at the Commonwealth Games after the Dolphin men defeated England in an 800 freestyle relay duel to cap off Monday evening’s session at the Sandwell Aquatic Center. Australian leadoff swimmer Elijah Winnington, who opened the Commonwealth Games with gold in the 400 free, opened up a half-second lead over James Guy, and the Aussies pulled away from there.

The race was almost an identical rematch from the World Championships earlier this year, with Australia rolling out three of the same four swimmers that captured silver in the event at the World Championships while England’s team was the same foursome in the same order that won bronze for Great Britain in Budapest. But this race was all Australia. After Winnington’s 1:46.36 leadoff split, Flynn Southam (1:46.08), Zac Incerti (1:46.08) and Mack Horton (1:46.44) sealed the deal in a 2.54-second triumph. Southam, 17, replaced Samuel Short off Australia’s relay squad from Worlds.

England’s Guy, Jacob Whittle, Joe Litchfield and Tom Dean took silver in 7:07.50. Dean anchored in 1:45.15, but he was unable to close the gap on Horton after the first 100 meters. Meanwhile, South Africa and Wales were in third place for much of the race, but Duncan Scott went to work on the anchor leg for Scotland, and his 1:44.48 split, the fastest in the entire field, got the Scottish team into bronze-medal position with a time of 7:07.50.

White Lotus Season 2: Why Do We Love Horrible Characters?