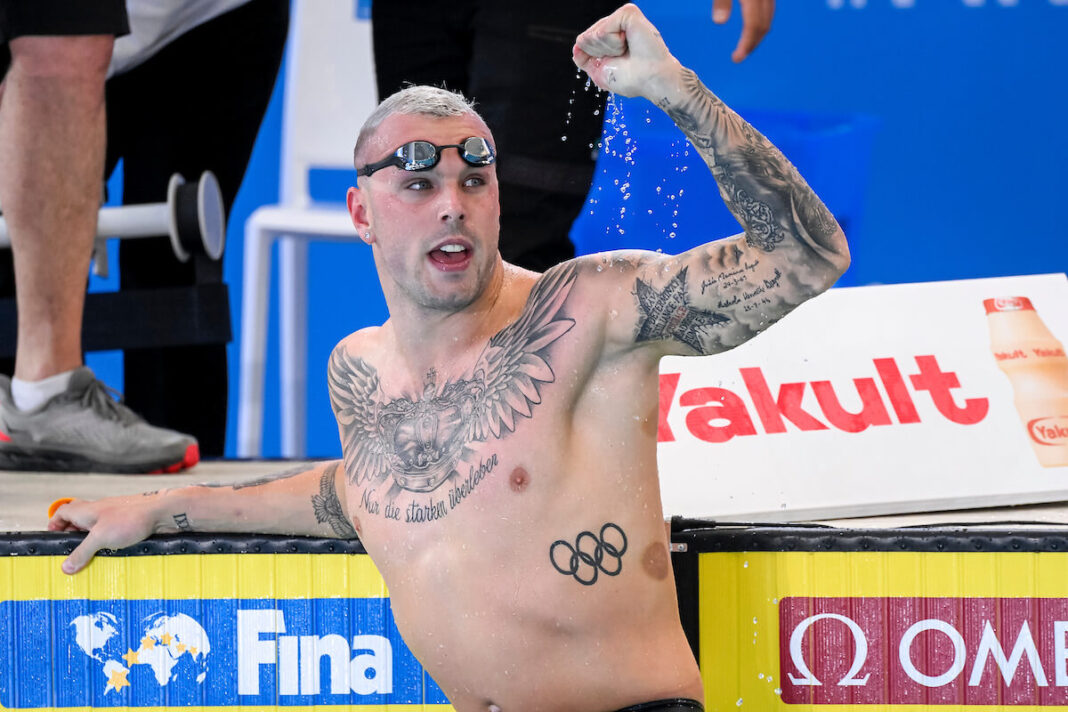 Will Kyle Chalmers Go Down As the Greatest Relay Performer In History? The Aussie Is Making a Push

Australian freestyle ace Kyle Chalmers won the 100-meter freestyle and finished seventh in the 50 free. In the 100, Chalmers held off Maxime Grousset of France, Alessandro Miressi of Italy and reigning long-course world champion and world-record holder, David Popovici. In the process, Chalmers set a championship record. Chalmers’ most impressive performances, however, came in relay action.

Chalmers saved his best swim for the final race of the meet, the 400 medley relay. He entered the water .85 behind the Italians and 1.32 behind the United States. Chalmers managed to overhaul Miressi and tie with the U.S. Splitting a 44.63, Chalmers produced the fastest short-course 100 freestyle of all-time. Both the U.S. and Australia broke the world record, and the Italian team finished just .08 behind.

After Chalmers’ superb relay performances, he must be considered as one of the greatest relay swimmers of all-time. In addition to owning the fastest short-course 100 freestyle, Chalmers has posted the most sub-47 splits in the long-course pool, including five at 46.72 or faster. He has consistently led Australia to the podium with eye-catching anchor legs at the Olympics, World Championships and Commonwealth Games.

There are a number of swimmers who could be considered the greatest relay swimmer of all time. Jason Lezak is the most obvious. Of course, he registered a 46.06 in the 400 freestyle relay at the 2008 Beijing Olympics to chase down Alain Bernard of France and power the United States. That swim remains the fastest split in history over 100 meters in a long-course pool, and Lezak was a mainstay on the United States’ freestyle and medley relays from 2000 to his retirement in 2012.

Duncan Scott of Great Britain holds the second-fastest long course 100 freestyle split of all-time. At the 2019 World Championships in Gwangju, South Korea, Scott split a 46.14 to chase down Nathan Adrian of the United States to win the 400 medley relay for Great Britain. Scott went on to anchor the British 800 free relay to a gold and the 400 medley relay to a silver at the 2020 Olympic Games.

Ian Thorpe is another swimmer who produced stunning relay performances. The most notable was his anchor leg on the 400 freestyle relay at the Sydney Olympics in 2000. The ‘Thorpedo’ overhauled Gary Hall Jr. on the final 50 meters to win gold for Australia. Meanwhile, Adrian has also been one of the most consistent relay performers in history. Adrian was a mainstay on the 400 freestyle and medley teams, anchoring the U.S. to several world and Olympic titles and podium finishes.

Lezak’s iconic 2008 swim remains the greatest relay swim of all-time, and will forever be revered.

But if Kyle Chalmers keeps throwing down 46-point long course splits and produces additional clutch anchor swims for Australia, he may go down as the greatest relay performer of all-time.