Who Will Become a World-Record Holder? 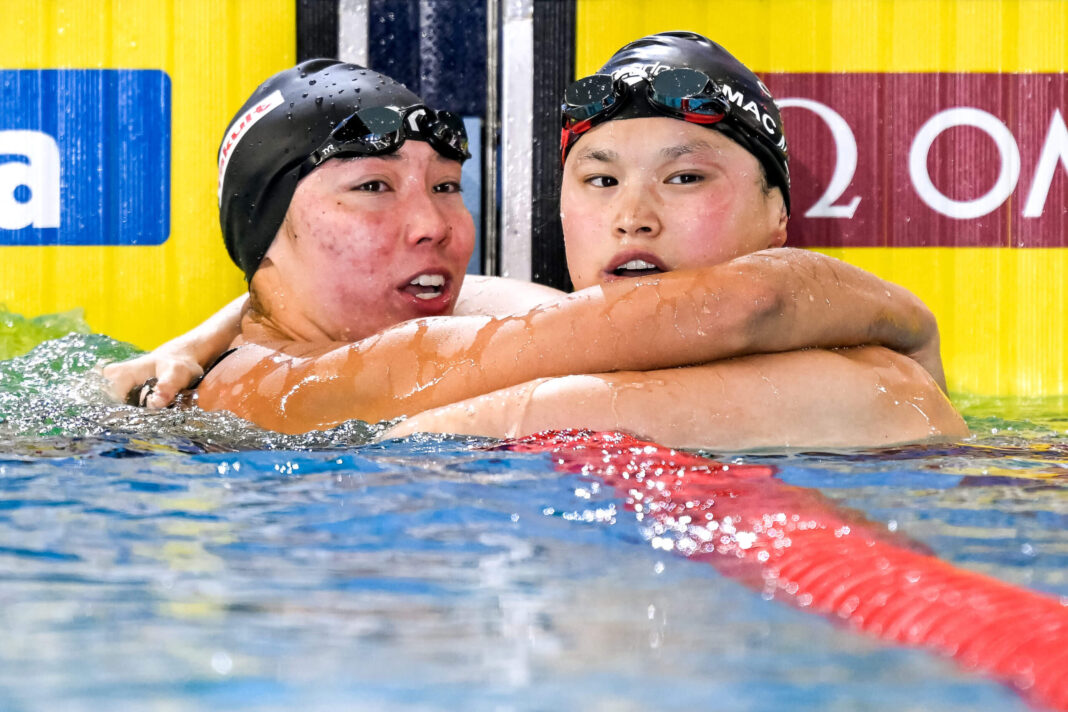 Swimming Predictions for 2023: Who Will Become a World-Record Holder?

The New Year is here, and within weeks, the first major swimming competitions of 2023 will get underway. The college championship season will be among the first on the radar, and after that, trials season will lead into the World Championships in late July. What can we expect to happen in 2023? It’s too early to tell, of course, but after so many incredible performances last year, don’t expect a slowdown with less than 18 months to go until the next Olympics in Paris.

Records belonging to all-time great swimmers are in serious jeopardy this year. The guess here is that two big ones go down: Sarah Sjostrom’s record in the 100 butterfly and Michael Phelps’ long-standing mark in the 400 IM. Maggie Mac Neil is in line to reclaim the world title in the women’s 100 fly this year after she annihilated the short course meters world record in the event at Short Course Worlds last month. She won Olympic gold in the event in Rio in 55.59, just off Sjostrom’s record of 55.48 and good to make her the second-fastest swimmer ever. Mac Neil will surely be pushed by American Torri Huske, the dominant swimmer in the 100 fly final in last year’s Worlds final (with Mac Neil absent) and tied for the third-fastest swimmer in history at 55.64.

Meanwhile, Leon Marchand fell just short of the incredible Phelps record in the 400 IM in 2022, his mark of 4:04.28 from Worlds standing as the second-fastest in history. The guess here is that Marchand will lower the record in this year’s World Championships final in Fukuoka, Japan, with American Carson Foster leading the race through 200 meters before Marchand takes over with a scintillating breaststroke split. The 4:03.84 that Phelps set at the Beijing Olympics (when Marchand was six years old) is definitely on notice.

On the other hand, we are thinking that teenagers Summer McIntosh and David Popovici will need another year to get down to records considered the toughest on the books. McIntosh has made serious inroads on Katinka Hosszu’s 400 IM world record of 4:26.36, the latest attempt coming at the U.S. Open in December when she went 4:28.61. Her youth and her remarkably steady improvement have made a record chase in 2023 possible, but perhaps she only makes it into the 4:27-range this year, which would easily move her ahead of Ye Shiwen to No. 2 all-time. The record might be saved for 2024.

Popovici already has a world record in the 100 freestyle under his belt, but he will be aiming for Paul Biedermann’s suit-aided world record of 1:42.00 in the 200 free over the next two years. Popovici went 1:42.97 at the European Championships, and we’ll say that he swims faster this year but not quite as fast as Biedermann. Just like McIntosh, though, he is sure to get that record before long.

Injuries derailed Adam Peaty’s quest for a fourth consecutive world title in the 100 breast in 2022, but he remains the fastest swimmer in history by more than a second. Lilly King has now spent two years away from the top spot in the women’s equivalent event after a winning streak that stretched from before the 2016 Olympics through the 2021 Olympic final. Illness prevented her from a full-strength defense of her world title. In 2023, though, expect this duo of elite breaststrokers to pull through and claim another world title each.

Not exactly a bold prediction here, but the Cavalier women and Golden Bear men will have too much firepower for their competitors to handle once again this year. Kate Douglass, Alex Walsh and Gretchen Walsh accounted for seven individual wins and led the way in four relay titles at last year’s women’s championships, and all have looked better in the early going this year. Cal will not be quite as dominant as in 2022, but there is sufficient sprint depth to pull of some relay titles, and Bjorn Seeliger, Destin Lasco and perhaps even Gabriel Jett have hopes of winning individual titles. At the Commonwealth Games last August, the Australian team of Madison Wilson, Kiah Melverton, Mollie O’Callaghan and Ariarne Titmus set a world record in the women’s 800 free relay, becoming the first team in history to get under 7:40. They swam more than two seconds faster than the American women did in securing the world title a few months earlier. The Australians will be favored in the relay this year with Titmus returning to the World Championships level, but we are predicting the U.S. women will be victorious in a tight showdown.

Katie Ledecky will of course be a significant contributor to the American team. She recorded the quickest split of her career in that gold-medal relay in Budapest. Bella Sims came through in her first international spotlight moment anchoring that relay, and she has only elevated her swimming in the months since. Another teenager, Erin Gemmell, swam 1:56-low from a flat start twice this year, and Sims’ training partner Claire Weinstein was a World Championships semifinalist in the 200 free. Ledecky plus youth and maybe some contributions from veterans (think Leah Smith, Alex Walsh, Hali Flickinger or Paige Madden) could be a winning combination.

Again, this one is not going out on a limb. Ledecky will be part of one of the most anticipated races of the World Championships in the 400 free as she faces Titmus and McIntosh, but she has winning streaks stretching back a decade in the 800 and 1500-meter events, not to mention all of the top-25 times in history in the 800 free plus the 13 fastest swims in the 1500. She looked revitalized in 2022 after her first season training at the University of Florida, and there is no reason to bet against her in those events next year.

Will There Be a Cobra Kai Season 6?