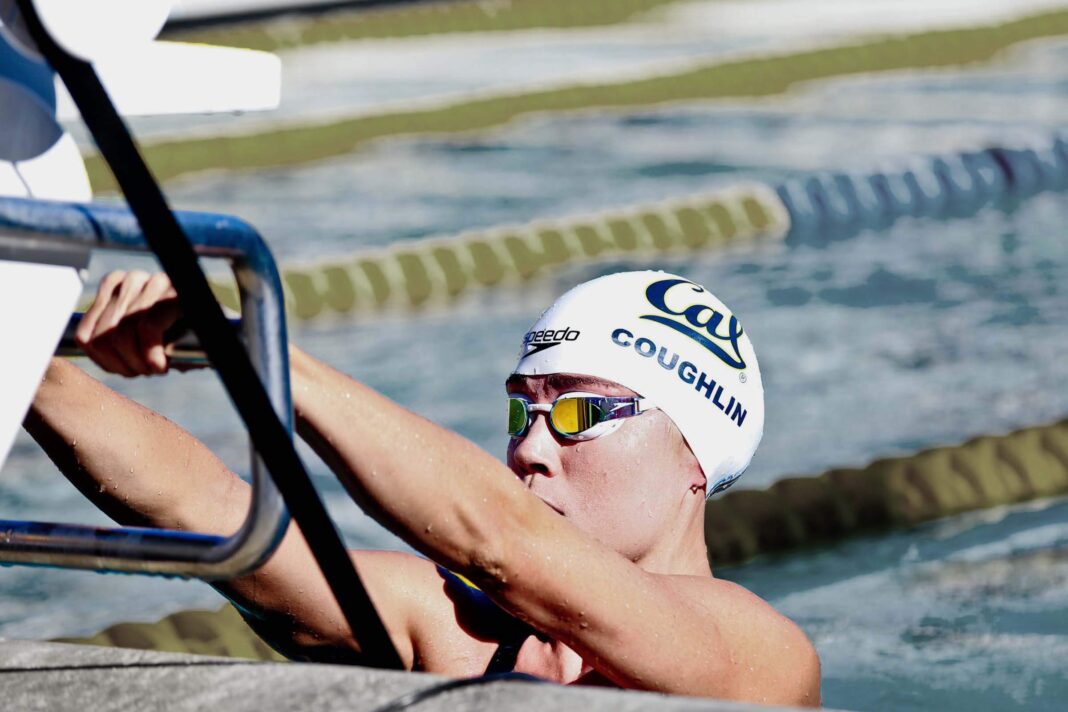 Next month, Natalie Coughlin will receive a long-deserved honor. A Team USA veteran, Coughlin flourished in a variety of events during her sterling career and established herself as a consistent leader for the United States in global competition. Consequently, her induction into the International Swimming Hall of Fame has been a foregone conclusion.

During her enshrinement, Coughlin will be celebrated for her talent in the freestyle, butterfly and individual medley, and what she managed as a short-course force. But there is no argument that Coughlin’s greatest achievements arrived in the 100-meter backstroke, and it is what she pulled off in that event on August 13, 2002 that is the focus of Swimming World’s latest installment of its Great Races series.

The 2001 World Championships in Fukuoka, Japan served as a defining meet for several American athletes. Coming off Olympic debuts a year earlier at the 2000 Games in Sydney, the competition was the site of initial world titles for Aaron Peirsol (200 backstroke) and Michael Phelps (200 butterfly). It’s where Brendan Hansen emerged as a world champion in the 200 breaststroke, and where Anthony Ervin backed up his Olympic co-title in the 50 freestyle with a sweep of the sprint-freestyle events.

Coughlin also used the competition as a launching pad.

Coming off a sensational freshman year at Cal-Berkeley, Coughlin left her inaugural World Championships with a gold medal in the 100 backstroke. Enhancing the triumph was the fact that Coughlin defeated reigning Olympic champion Diana Mocanu of Romania. At the wall, it was Coughlin in 1:00.37, with Mocanu in the silver-medal position in 1:00.68.

Coughlin’s effort wasn’t far off the world record of 1:00.16, which was set by China’s He Cihong at the 1994 World Champs in Rome. That edition of Worlds operated under a dark cloud, as China overwhelmed the opposition and shredded the record book. The domination prompted suspicion of doping, especially with China’s emergence mirroring what the sport saw in the breakthrough of East Germany at the dawn of its systematic-doping program.

Although there was doubt concerning its legitimacy, He’s performance suggested the first sub-1:00 effort by a woman was on the horizon. Instead, a lengthy wait ensued. At the 1996 Olympic Games, the gold medal was claimed by American Beth Botsford in 1:01.19. Two years later, the world title went to the United States’ Lea Loveless-Maurer in 1:01.16, and Mocanu followed by winning the 2000 Olympic crown in 1:00.21.

Mocanu’s swim brought the quest for a sub-minute showing back into focus, and Coughlin’s victorious time at the 2001 World Champs kept the pressure on. And given her impressive ascension, powerful underwaters and smooth stroke, Coughlin unsurprisingly became the favorite to take the 100 backstroke into two-digit territory.

The 2002 United States National Championships were held at the International Swimming Hall of Fame Complex in Fort Lauderdale. Before the week was over, Phelps had set the world record in the 400 individual medley, edging Erik Vendt in a sensational duel that saw both men go under the prior global standard. Two days earlier, Coughlin scorched the field in the 100 backstroke.

In what was basically a solo swim, Coughlin prevailed at Nationals by nearly three seconds over Diana MacManus. The scoreboard officially flashed a mark of 59.58 for Coughlin, meaning she sliced a .58 chunk off He’s long-standing record. Going out in 28.86, Coughlin was a lock to go under a minute at the halfway point of the race. The only question was by how much.

Coughlin’s outing was the first of her five world records in the event, a run that included a 58.97 performance that made her the first woman to crack the 59-second barrier. Coughlin followed her momentous swim by securing back-to-back Olympic crowns in the event (2004/2008), and her career total of Olympic medals eventually climbed to 12.

With the countdown on to Coughlin’s Hall of Fame entry, there is plenty to admire about her career. That special night in Fort Lauderdale in August 2002 is one of the primary moments to celebrate.

Michael Phelps to be Honorary Captain for Michigan Football Game