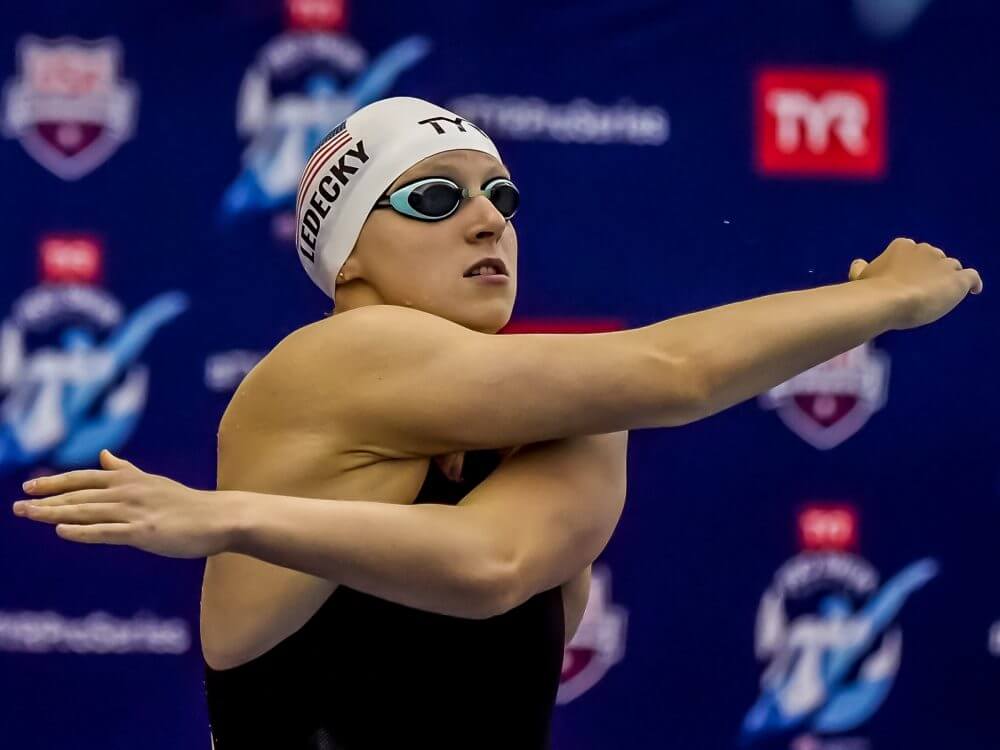 What Makes the Perfect Swimmer’s Body?

Although swimmers with a wide variety of body types have found success in the sport, most at the international level tend to look similar, sporting tall and muscular bodies – typically with long torsos, long arms and short legs. This begs the question: If you could hypothetically build the perfect swimmer’s body in a lab, what would it look like?

Although it is not possible to create one body that is perfect for all events, as there are so many different distances and strokes, research has shown that there are certain physical characteristics which are conducive to creating the best swimmers.

One of the most obvious physical factors that give swimmers a distinct advantage in the pool is height. This can clearly be seen in many of the elite international male swimmers. Nathan Adrian stands at 6 feet 6 inches tall (1.98m), and Kliment Kolesnikov and Michael Andrew both stand at 6 foot 5 inches tall (1.96m).

Many of the top women in the world also possess great height, as world record-holders Sarah Sjostrom and Katie Ledeckey are both six feet tall (1.83m), while 100 free gold medalists Simone Manuel and Penny Oleksiak stand at 5-foot-eleven-inches and six-foot-one-inch tall respectively. In fact, the average height of the 2016 Olympic finalists in Rio was 6 feet and two inches tall (1.884 m) for men and five feet nine inches (1.755 m) for women, both of which are substantially higher than the average human.

Anthropometry can simply be defined as the study of human body measurements and the physical variations found among humans. When applied to swimming, some athletes possess certain physical variations besides height that give them an advantage in the pool. For instance, swimmers with long wingspans have a definite advantage, as they are able to reach farther and pull more water with every stroke.

In fact, research that was done by former 100 freestyle world record-holder and former resident USA  National Team coach Jonty Skinner found that “limb length and size play a huge role in event potential, and the relationship between arm length and height gives a better picture of the athlete’s potential. Swimmers with a high anthropometry score—that is, their arms are relatively long in relation to their height—tend to do best in the long-axis strokes of freestyle and backstroke.”

Shorter legs have also been found to be advantageous for swimmers, as they help add more power without creating lots of drag. Other anthropometric traits which are conducive for fast swimming are large hands, feet and lungs. Large hands and feet act like natural paddles and fins, while large lungs increase natural buoyancy and endurance.

Every swimmer has a balancing point in the water – known as the center of mass – and the closer it is to the center of flotation (the lungs), the easier it is for the body to float horizontally with little or no effort on the part of the athlete. Having the center of mass near the lungs is one of the main reasons why many elite swimmers have very long torsos often shaped like a triangle. Having good ankle flexibility is crucial for having a powerful kick. Flexible ankles increase the surface area of the foot, essentially making the foot act more like a flipper and allows you to push more water backward, increasing forward propulsion. Flexible ankles also allow for more force to be exerted by the gluteus maximus and quadriceps, which are two of the biggest muscles in the body.

Although natural joint flexibility is generally a trait that is inherited genetically, it is possible to become more flexible through stretching. Hyperextending a joint means that it is able to extend excessively beyond a straight line. This is also known as being double-jointed. When an elbow or knee is double jointed, it allows the arm or leg to bend further backward. This physical attribute is advantageous for swimmers because it allows them to catch more water with each stroke and to kick a greater volume of water with each kick. There are two general types of skeletal muscle fibers: slow-twitch and fast-twitch. Slow-twitch muscle is less explosive but is better for endurance events including distance swimming, whereas fast-twitch muscles are much more powerful and are used in powerful bursts of movement like in sprinting; however, they tire out much more quickly.

In fact, there are actually two types of fast-twitch fibers: A and B. Fast-twitch A fibers can be recruited to either aerobic or anaerobic training, while fast-twitch B fibers are geared toward anaerobic conditions.

The muscle fiber makeup of a swimmer – specifically the balance of slow-twitch (ST) and fast-twitch (FT) fibers – is a determining factor in the potential of a swimmer. The athletes with the greatest numbers of FT-A fibers are thought to have the greatest potential in the sport of swimming. They have a potential to swim a wide range of events. Skinner believes that both Mark Spitz and Tracy Caulkins probably had unusually large numbers of FT-A fibers, which would account for their versatility. Michael Phelps’ body is closer to perfection than any other swimmer’s body in history: Photo Courtesy: Peter H. Bick

As stated earlier, it is impossible to have the perfect swimmer’s body due to the high variety of different events and strokes. That having been said, Michael Phelps‘ body is closer to perfection than any other swimmer’s body in history.

Phelps has many anthropometric advantages. He is very tall, standing at 6 foot 4 inches, and he also has a 6-foot-7-inch wingspan and short powerful legs which are the size of someone who is 6 feet tall. He also has massive hands and feet, and his torso is the size of the one you would expect to see on a man who is 6 feet 8 inches tall, giving him both a high natural buoyancy and lung capacity. Phelps also possesses exemplary shoulder and ankle flexibility and has hyperextension in his joints. His unprecedented versatility indicates that he had an unusually high number of FT-A Muscle fibers, as no swimmer in history was able to win eight gold medals in a single Olympics. Although there are currently some other swimmers who possess exceptional natural talent – such as Caeleb Dressel with his unrivaled sprint speed and Ledecky with her inhuman endurance – no other swimmer in history has had a body as specialized for swimming as Phelps did.

While the previous characteristics all covered the physical advantages of the ideal swimmer, the most important attribute for becoming a fast swimmer is mental strength. Discipline, focus, confidence, and a good work ethic are arguably just as important as having physical talent. There is a lot of truth to Pattie Johnson’s quote: “Once you’re physically capable of winning a gold medal, the rest is 90 percent mental.”

It took lots of hard work for the best swimmers in the world to translate their natural ability into results. Without having a growth mindset where you are constantly looking for ways to improve, you will not reach your full potential, no matter how talented you are.

So what do you do if you don’t have the perfect swimmer body? At the end of the day, you can not control the body that you are given and the natural talent you possess. However, with hard work and dedication, you can maximize what natural talent you do possess and still achieve great things in the sport.