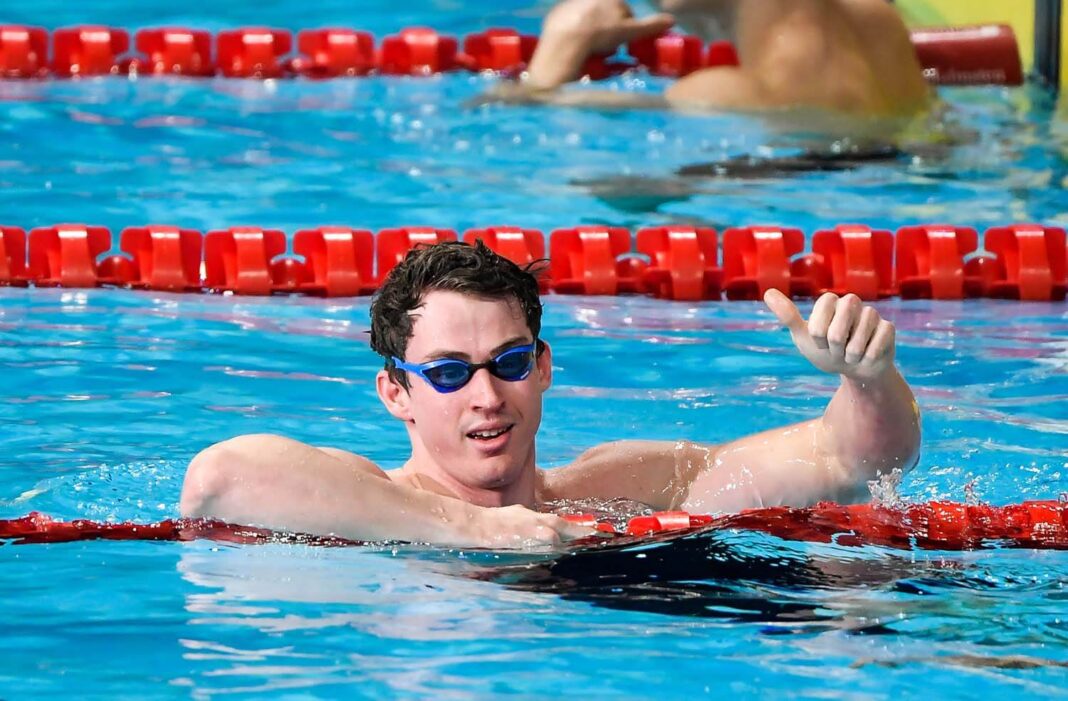 Devastation is an overused word in sport but it’s one that sums up Ben Proud following the 50m freestyle at the Tokyo Olympics.

The Briton finished joint fifth in the Japanese capital, 0.15secs off the podium and 0.61 outside the British record of 21.11 he set in 2018 and which ranks him as the fourth-fastest man in history, all suits, and second in textile behind only Caeleb Dressel.

There were tears as he came through the mixed zone where athletes speak to the media and a sense of disbelief, five years after he was locked out of the podium by one place at Rio 2016.

Fast-forward a year and two days and Proud won the Commonwealth 50 free title, a little over five weeks after he became the first British swimmer to be crowned world champion in the one-length race at the global meet in Budapest.

Next up are the European Championships in Rome and should he prevail at the Foro Italico, Proud will have won every title available to him since Tokyo, starting with world short-course gold in December 2021.

So too would he become the first swimmer to win that particular combination of titles – world short and long-course, Commonwealth and European – in a 12-month period.

The 27-year-old is a man transformed from the disconsolate figure in Tokyo and he told Swimming World:

“Compared to 12 months ago, I’m a different person.

“So much has changed: swimming is a love-hate sport and I think 12 months ago, definitely nine months ago, it was more hate than love.

“It took me hitting rock bottom and losing my mental health to realise that if I am going to continue in the sport, I have to do everything I love.

“I have to go back to basics and do things I was doing when I first started swimming and have it come from myself rather than someone else.

“I don’t think I was doing it for myself 12 months ago but somethings tipped and I feel good and I am able to race in the finals a bit better than I have before.

“I thought this was going to be the end of my career this Commonwealth Games; after this year I just think it’s the start of my sprinting career.”

Lewis Burras, second behind teammate Proud at the Commonwealths, and Tokyo silver medallist Florent Manaudou are among those who won’t be lining up in Rome.

Proud himself hadn’t expected to be on the brink of history winning all titles available to him with Budapest the catalyst.

There he paid tribute to strength coach Mark Cosso, with whom he had worked for just two months, and James Gibson as well as University of Bath coach Mark Skimming. Looking back at the meet at the Duna Arena, Proud said:

“Winning the World Championships was quite a blessing.

“Why not try to go for the whole thing? Five big swims in the year for me would be something I can be proud of.

“I don’t want to tempt fate just yet but why not use the body when it’s ready and see what can happen?”

If Proud once intended to end his swimming career after the 2022 Commonwealth Games, he has now set his sights on the Paris Olympics.

There he will attempt to win a medal at the third time of asking after two near-misses having reignited his love for the sport.

“I don’t want to be the person that performs well the year after Olympics so I still have so much more to learn over the next two years to try and carry this through.

“The team around me is phenomenal and they are all in tune with what I want and to swim on is no pressure, just do what I love. And so I see no reason to stop.”

How to Brand Your Wedding Planning Business