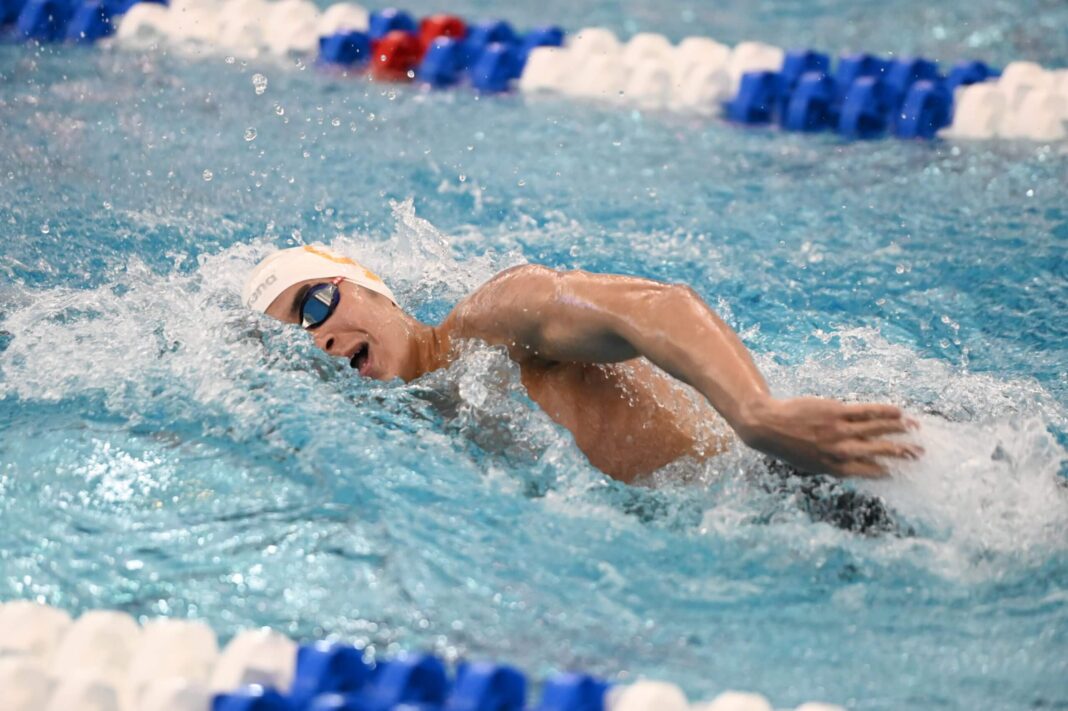 Ertan split 51.80 off the anchor leg of the Yellow Jackets’ A 400 free relay, which was exhibitioned but turned in the top time of 3:29.36. Joining her on that relay were Zora Ripkova, Lily Burke and Brooke Switzer.

Switzer won a pair of events in the modified dual meet slate, claiming the 100 and 200 free. Ripkova was second to teammate McKenzie Campbell in the 200 butterfly, after Campbell had been second in the 400 IM to Ertan. Allison Brown, the 500 free runner up, had earlier won the 1,00 free. Claudia Butterfield won the 200 breast, and Astrid Dirkzwager claimed the 200 back. Anna Bradescu won both diving events, with teammate Carmen Woodruff second each time.

Emory got a win via Taylor Leone, who went 24.09 in the 50 free to outtouch a trio of Georgia Tech freshmen, led by Sabina Mrzyglod. Emily Noll was second in the 200 back for the Eagles.

Emory won both sprint events courtesy of Nick Goudie. He went 20.99 to best the field in the 50 free and 46.03 in the 100. Jeff Echols was second in the 200 fly. Lucas Bumgarner was second in both diving events.