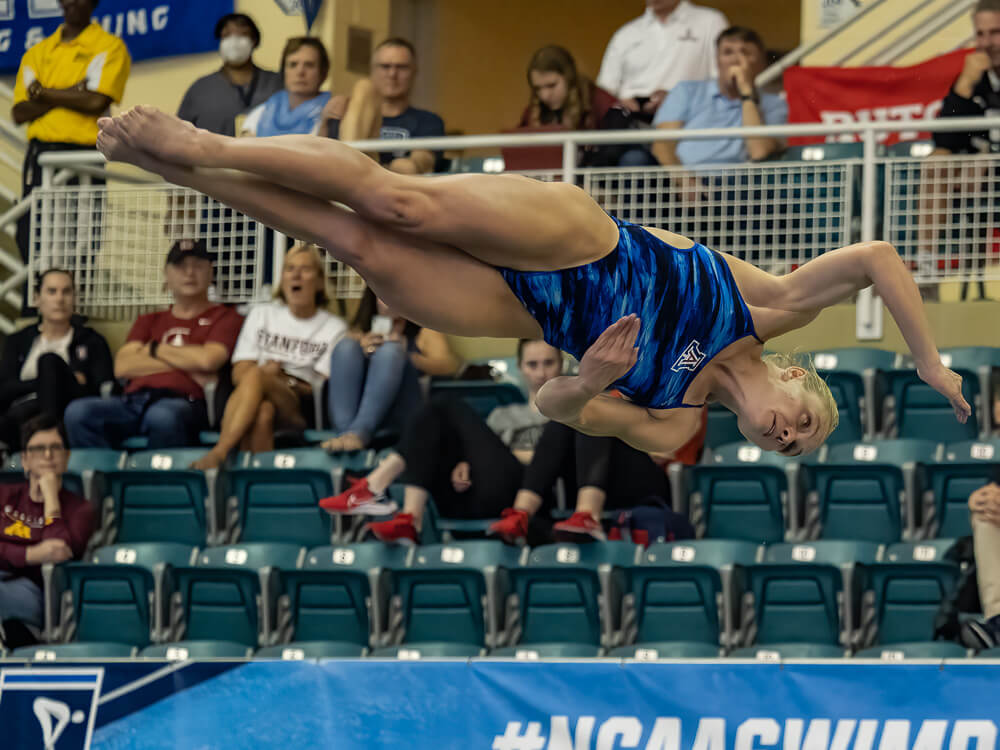 Olympians Torri Huske and Leon Marchand were unsurprisingly named Pac-12 Swimmers of the Week in the Pac-12 Honors released on Tuesday.

Marchand was the unquestioned star. The Arizona State sophomore earned his second Pac-12 honor of the season and extended his streak to 19-for-19 in individual events this weekend in wins over Stanford and the University of California. The headline was an NCAA record in the men’s 400 individual medley, set on Saturday against Cal. He also set nation-leading times in the 100 breaststroke (51.01 against Cal after a 51.15 against Stanford on Friday), 200 breast (1:48.82 vs. Cal after 1:49.16 against Stanford) and 200 IM (1:49.16 against Stanford). The 100 breast is also a school record.

Huske was also busy in Arizona with the Cardinal, which beat Arizona and Arizona State. The Olympic silver medalist won the 50 freestyle, 200 free and 100 butterfly against Arizona State. She also swam on Stanford’s winning 200 free relay. The sophomore won the 100 free in 50.56 against Arizona to aid that victory and secure her first Pac-12 Honor of the season.

Schnell is the Diver of the Week for the second consecutive week. The grad student from Tucson was excellent again, with a pair of wins in the dual meet with Stanford. She scored 320.48 on 3-meter and 342.38 on 1-meter. She also won 3-meter, her only event, in the dual meet with Cal. Her margin of victory in all three events exceeded 70 points.

Best Decaf Coffees As Good (or Better) Than the Real Thing

A Requiem For Jim Lorimer