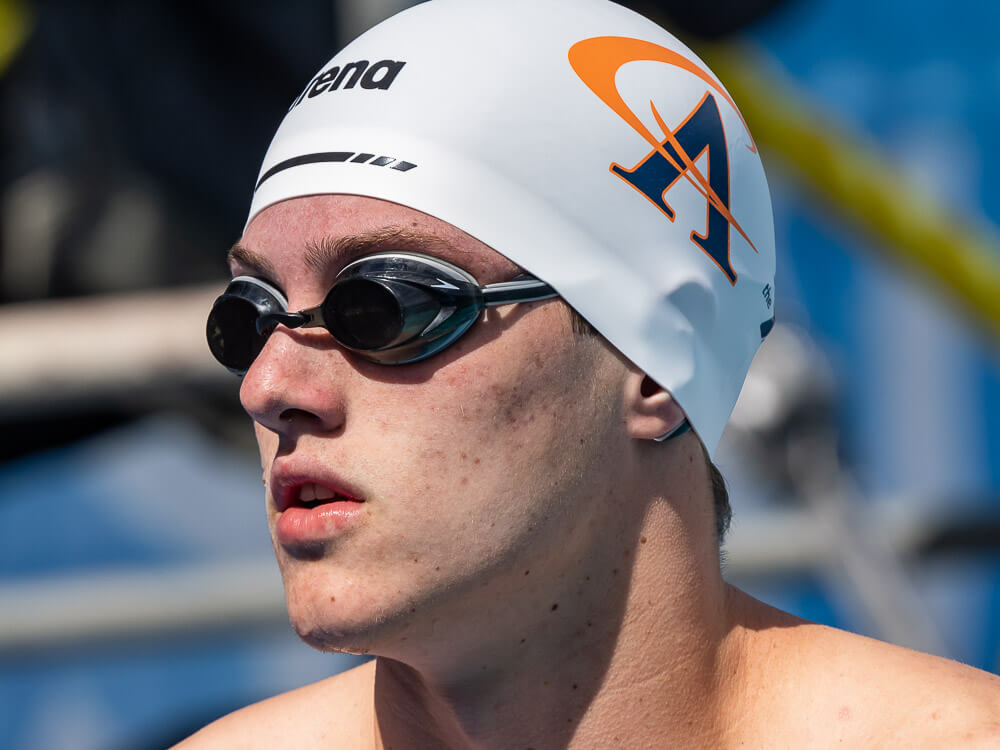 On the second night of U.S. Junior Nationals in Irvine, Calif., three swimmers went under the 50-second barrier for the first time in the men’s 100 freestyle. Leading the way was 15-year-old National-Age-Group-record-breaker Thomas Heilman, who went out in 24.00 and held off a late charge from 200 freestyle specialist Henry McFadden. Heilman, representing Cavalier Aquatics, already finished second in the 200 butterfly in Irvine, and here he touched in 49.67, while McFadden of the Jersey Wahoos finished in 49.72. Zionsville’s Will Modglin claimed third in 49.97.

In that race, Heilman tied with Jack Alexy to become the third-fastest 15-16 performer in U.S. history in the event. He sits behind only Caeleb Dressel, the future Olympic champion whose National Age Group record stands at 49.28, and Destin Lasco, and with more than a full year left to go before aging up, Heilman will definitely have a shot at this Dressel record. McFadden, meanwhile, moved to No. 7 all-time in the age group.