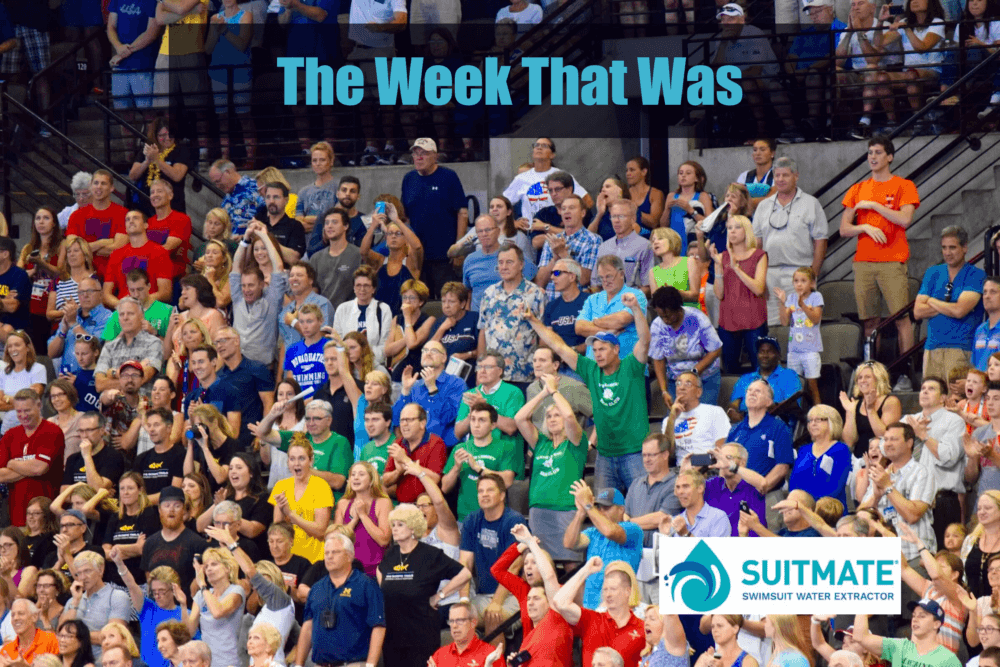 The Week That Was #1: Sprint Freestyle Digest: The Men Contending for Collegiate Titles in the Splash-and-Dash The 50-yard freestyle final at an NCAA Men’s Championships is an experience best described as whiplash. Start, sprint, turn, sprint and finish in a flash, and it’s essentially impossible to sort out the winner until the times pop up on the scoreboard. The exception, of course, was Caeleb Dressel’s streak of four consecutive national titles in the event from 2015 through 2018, the last of which was a 17.63-second explosion in which he won by more than a second. Read More…

The Week That Was #2: 5 Integral Members of a Swimmer’s Support System Outside the Water The life of a swimmer is complicated. You can take the swimmer away from the pool, but you can’t take the pool away from the swimmer; or the chlorine for that matter. Swimming is a sport that not only follows you around, it also impacts the people close to you. Of course, coaches are the number one necessity to swimmer’s when they’re in the water. Where would we be without them? However, a swimmer’s life continues when they leave practice and the pool deck behind. There is a team of other individuals who are essential to a swimmer’s success. Here are 5 of the most important people in a swimmer’s support system. Read More…

The Week That Was #3: Thanksgiving 2022: 8 Ways to Thank Your Teammates Teammates are special people. We spend hours of our weeks throughout the year with them, during long meet weekends and long practices. They are there to pick us up after hard races and hard days at school and work. Teammates are some of the most important people within our lives. Since we are getting close to Thanksgiving, here are a few ways to show your teammates that you appreciate them. Read More…

The Week That Was #4: Kyle Chalmers Looking To Add Another Piece To Career-Title Puzzle Kyle Chalmers will be hoping to break a 20-year Australian swimming hoodoo when he lines up in the 100m freestyle at next month’s Fina World Short Course Championships in Melbourne (December 13-16).

It was 20 years ago this year that Ashley Callus became the first and only Australian to win the blue ribband event at the World SC titles in Moscow in 2002 – beating Argentina’s Jose Meolans and Algeria’s Salim Isles. Read More…

Is running on a treadmill the same as running outside? Find out here